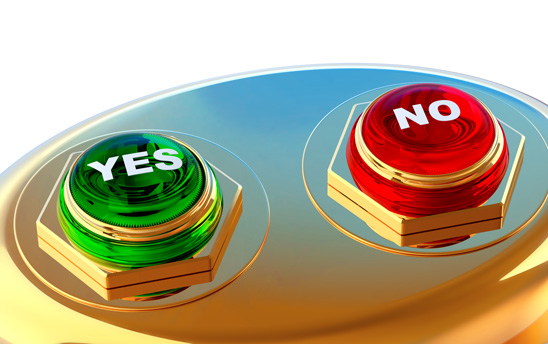 Outside Joan’s window, humanity ran amok. The far hillside was covered in hobbyists building a mansion from macaroni. In the valley below, gamers fought epic bubble battles in towering tanks. Winding through it all were hikers on the 100-mile trail of ruffled roses. Her window framed the scene superbly, providing a portrait of society no artist could accomplish. Joan didn’t see it. She kept the shades pulled so the best view on Earth wouldn’t distract her from the most boring job there was. After all, it was the only job there was.

While everyone else judged cat competitions or recited popular poetry, Joan sat at her desk. There she broke ties between the computer systems that ran everything. Computers constantly disagreed on such things as the microliters of calcium concentrate or the millimeters of porous pavement. Joan meticulously researched each disagreement, no matter how trivial. Then she pushed the big YES button or the big NO button, and another dispute was immediately brought to her attention. Other people grew bored with this, but Joan plugged away, certain her work was monumental. And one day it was, though not in the way she expected.

Joan was unaware her job could be exciting. If it was exciting, it wasn’t work, and if it wasn’t work, she wouldn’t be doing it. Other people might prefer to pull taffy or pluck strings, but their plucking and pulling depended on Joan sitting and smashing buttons. She brought doom to crafts and death to parties, but she alone traded enjoyment for utility. Even her old coworkers had whittled while they worked, took breaks for beer, and shoved the shades aside. When they left, Joan took over their shifts.

She was paid, of course. Everyone agreed that working was ferociously unfair, so working folk ought to be salaried for their sacrifice. Every day, another diamond was deposited on Joan’s desk. Each one had its own color composition and contained a word written within. Joan did not collect diamonds, but she accepted them nonetheless. Bestowing the right diamond on the right person earned her a smile, and that was as much payment as she wanted. But it wasn’t as much as others thought she deserved.

To make up the difference, a steady stream of entertainers poured through the office door. Chefs replaced her respectable meals by tossing an unnecessary number of knives over open flames. Musicians wanted her to wait and watch their fingers fly over a fiddle. And the bear buskers never checked the size of her office before bringing in bears. The entertainers thought themselves charitable for visiting someone in a pitiable position. For Joan, the only days that were pitiable were the ones in which they appeared.

She did enjoy the companionship of the living statue, who stood for hours as Joan worked. She didn’t know how dearly the statue wished for a bathroom break.

On the day Joan would later admit was exciting, she was overwhelmed with disputes. To start the new decade, the computer systems had recalculated everything from the conference calendar to the demand for baby boots. The systems held almost the same results they had ten years before, with the same disagreements. Unbothered by the repetitive nature of such work, Joan researched every issue and examined every record. Or she tried to.

A decade ago, Joan had coworkers with whom she divvied the disputes. Now she had no one. If she asked for an assistant, the computers would hire one in a moment, but Joan wouldn’t stoop to such a thing. She’d seen new hires rush their research and swap work for whims. If a worker’s judgments were no better than chance, why hire one?

Throughout the day, Joan struggled to speed up, but her work only grew. She ignored her clock-out call and dragged on after dark. Finally, eyes bleary, she found herself too tired to continue. Joan had never gone home with disputes unresolved, but now she had no choice. She would go straight home and climb into bed without her sips or vids. Then she would rise early the next morning to complete a longer shift that day. Joan would repeat this until the queue was gone.

She was taking her hat from the rack when her terminal chimed behind her. In Joan’s twenty years, that had never happened. She blinked and turned. The words MANDATORY OVERTIME ran red across her screen. Joan flushed. She was sure it meant her plans were not enough. She had slacked off.

Joan put her hat back and sat down. A new dispute had come in, a problem of high priority:

On this day 140 years ago, the Human Strategy Counsel approved Strategic Plan 2780452, a phase-out plan for all human workers. The last stage began 90 years ago, limiting mandatory human service to the System Dispute Office. After 30 years in the final stage, computers systems projected with 99% confidence that human operators offered no benefit that justified the continuation of human labor. Every decade since then, the issue has been submitted to the System Dispute Office for review.

Should the remaining human labor be eliminated at this time?

No one witnessed the chain reaction in Joan’s brain, but if someone had, they would have commented on its magnificence. Comprehension flicked on like a switch, shot through the wires of her neural network, lit every pathway with its radiance, and then burst into flames that burned through everything Joan had accomplished and would accomplish again. Propelled by these internal pyrotechnics, Joan took a radical act of sedition. She grabbed the judgment panel and reached for the NO button.

Just as the button clicked, panic rose in Joan’s gut. She was settling a dispute without research! Joan sat there, her fingers frozen on the NO key, until the computer systems registered an unusually long key press. A polite notice appeared on her screen, asking if she might like to cancel the resolution and leave the dispute open for review. Joan heaved a sigh of relief and released the button.

Joan felt ashamed. First she had fallen behind, and now she had skipped her research. She was sure that such poor performance had convinced the computer systems to eliminate her efforts. It must be a mistake, she told herself, and an absurd one too. No matter, Joan would gather decisive data and render a resounding judgment. She didn’t doubt her conclusion. Six times, this dispute has been judged by other workers, and every judge had answered “NO.”

Joan rubbed her hands eagerly. She had an excuse to demonstrate her diligence, even though she demonstrated it for uncaring computers. The best way to prove her importance was to compare the present to a scenario without her. For that, she needed a measurable model of this terribly tragic scenario. Joan queried the computer: What if no one rendered judgment?

Obediently, the computer revealed an algorithm for resolving disputes, one designed centuries before. The algorithm weighed each computer’s conclusion for merit, using the certainty of the calculation and its statistical likelihood. The conclusion with the highest score won. Using this ancient algorithm, computers could resolve disputes in a fraction of a second. Joan found her fingers tapping in annoyance. She had to admit this tidy process could render judgments, but could it render good judgments?

Joan put it to the test. She ran the algorithm on all disputes she had resolved in her twenty years, using data available when she resolved them. Then she leaned into her chair and crossed her arms, intending to rest her eyes while it digested the full scope of her accomplishments. Her terminal dinged almost immediately. Joan frowned and examined the results. The algorithm’s choices were strikingly similar to her own. Even so, they deviated for 2% of disputes. Aha! Joan’s spirits lifted. Now to confirm that she was right…

Except she wasn’t. Not according to the best computer simulations, using data gathered after the disputes were resolved. In every case, the instant judgments created better outcomes than her meticulous evaluation. Joan had used simulations countless times before, but now they darkened her mind with doubt. She groped for a light and found a dim one. The simulations were a guess, not a fact. But if they were wrong, how could she demonstrate it?

Perhaps the simulations overlooked something, something crucial. Human happiness was at the center of every goal, and Joan liked her work. No, she stopped herself, that can’t be my reason. If Joan worked because she liked it and not because it was needed, she might as well play games in the gauntlet, busk with bears, or stand like a statue. It would be the end of work, forever.

Joan had one last trick. She pulled up the history of this dispute, locating six resolutions over the last six decades. Every worker had retained their position; the activity logs would show her why.

What Joan found was as familiar as it was disappointing. The records didn’t have a single research log between them. In fact, the dispute never took more than fifty seconds to solve. Joan realized the previous judges had done what she almost had. They had pushed “NO” because they disliked the question. They wanted to keep their position, so they kept it, without considering the evidence.

Joan was better than that. She always did her job well. But as it turned out, a job well done was a job not done.

Should the remaining human labor be eliminated at this time?

Joan could push “NO,” but every day she would wonder why she pulled the shades. She would know that no one who plucked strings or pulled taffy depended on her to sit and smash buttons. That she was not sacrificing enjoyment for utility. That her work wasn’t worth the diamonds deposited on her desk. No matter her decision, her job was recreation and boring recreation at that.

She could still do it well. Joan pushed “YES” and watched her terminal shut down. She knew that, somewhere, a computer calculated how to recycle her workstation into rows of pet rocks or gowns for goldfish.

Grabbing her hat from the rack, Joan left without another look. She didn’t know what she would do that night, or that year, or in twenty years. She could sip and watch vids all day, stroll down a hundred miles of roses, or watch as her office was obliterated. She was overwhelmed by endless choices that, as far she knew, were equal in merit.

With time, Joan realized she was wrong. Her choices were not equal; she had dismissed the data she needed to judge them: her own desires. What she desired was being useful. Those who pulled taffy or plucked strings didn’t need her to sit and smash buttons, but taffy pullers needed someone to eat taffy, and string pluckers needed someone to listen. So after distributing her diamonds, Joan went to watch chefs who tossed an unnecessary number of knives, musicians whose fingers flew over fiddles, and buskers who balanced on the backs of bears. By clapping and cheering, Joan gave them joy. That felt productive.

The Familiar and the Frost

The Death and Life of Turing

Comments on Another Day, Another Diamond