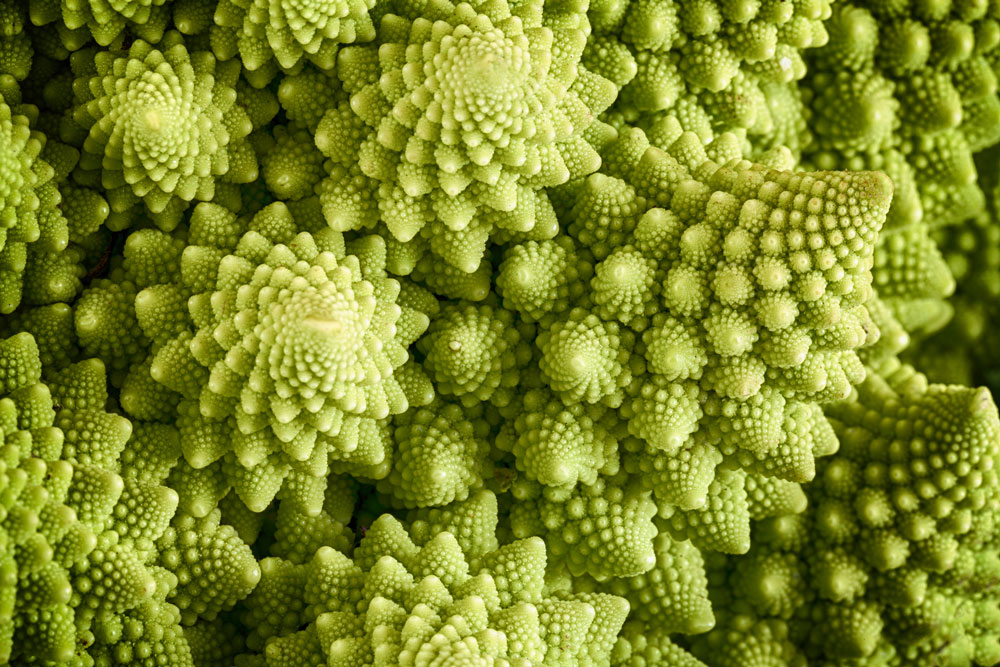 In 2014, I was researching best practices for writing scenes when I noticed something: they looked an awful lot like the best practices for a whole novel. The concepts were the same; they’d just been given different names. I wrote an article declaring plots were fractals and moved on to other things, leaving my fractal-story theory to collect dust for a couple years.

But the deeper I dove into plot and structure, the more I found myself returning to the fractal nature of stories. Because of this, I slowly developed the theory further and introduced new terminology to discuss it. Unfortunately, these developments were scattered across many articles, making it difficult for readers to sort out. To create one reference that explains fractal structure, I’ve rewritten the article that started it all. You can read the original 2014 version via PDF.

What’s a Fractal and How Do Plots Fit In?

Using this structure just once would leave a lot of empty space in between those three points, particularly for large stories such as novels. We have to fill that space, and naturally we want to fill it with more content that captures attention. So we end up recreating the same structure at a smaller scale. Basically, these smaller stories are present for the same reason the bigger one is: it’s entertaining.

While in theory a fractal pattern could repeat forever, in practice they have limits. Even if you’re writing a ten-book novel series, your story will only be so big. Then, because words are indivisible units of meaning, it can only get so small. For a 100-word micro story, three-point story structure is still technically there, but it’s pretty fuzzy. As you go down in scale, the turning point gets simpler and then merges with the resolution.

You can create a visual representation of a story fractal by graphing the level of tension over time, but unfortunately, it isn’t particularly pretty. It looks as if you took a two-dimensional slice of that fractal broccoli in the top image and skewed it so the left side was a long uphill climb and the right was a short cliff back to the bottom.

How Does This Work in Practice?

A single instance of a story’s three-point structure could stand on its own as a complete work, or it could be one small brick in a large house. When story structure is a brick, I usually refer to it as an “arc” or alternatively a “line.” When you’re describing a story with many stories in it, calling them all “stories” gets confusing fast.

Let’s have a look at the many layers of arcs that together would create a larger story like a novel. To discuss the relationships all these arcs have to each other, we can think of them as a family tree with the trunk representing everyone’s common ancestor and the branches their descendants.

The trunk is the story’s throughline. This is the highest level arc that holds a story together. Below is an example arc that works as a throughline.

Now let’s have that tree trunk split off into large branches: child arcs for the throughline. Just like this tree trunk, an arc can have two or more children.* Lots of child arcs would generally mean the family tree has fewer generations. It would be a shorter, wider tree.

Below, I’ve given my example throughline three children.

You might notice that the last child has the same turning point as the throughline. The parent arc is overlaid on top of its children, and it climaxes as the final child arc does. By then, most parent arcs will have taken over. There’s still a child arc present there, but after it opens with a smaller problem, it merges into the parent arc.

Stories don’t stop with one level of child arcs. Those child arcs have their own children – grandchildren of the throughline. Let’s take that first direct child arc and examine what its children could look like. This time, let’s say it has two children instead of three.

As chapters, they’d still have their own children that are about the size of a scene. Because the beginnings and endings of scenes and chapters are arbitrary, there isn’t necessarily one arc per scene or chapter – but there could be. Giving scenes and chapters a complete arc gives the audience a satisfying place to stop.

Once you get smaller than the scene level, a story’s three-point structure gets blurrier. However, even paragraphs can have it.

Novels tend to have a deep structure and a high tension throughline – a taller, narrower tree with a thick truck. But that’s not the case for all stories. Some stories, such as many TV shows, have a more episodic structure. This means the throughline has lots of children, and those children are high tension in comparison to the throughline. To read more about this, see my article on plotting a novel series or on writing a travel story.

Last, many if not most stories also have subplots. For instance, the protagonist of my dystopian story probably has a character arc and might have a romance arc too. These subplots are more family trees, though they’re less likely to span the entire story and they probably don’t qualify as the throughline.

To keep the story tight and entertaining, subplots need to share scenes with the throughline’s tree. My protagonist would grow as a person and flirt with their love interest while they are also dealing with the oppressive government – something we call multitasking. You don’t need to multitask for every scene, but generally, you shouldn’t focus solely on a subplot for more than one scene at a time.

Why Does All This Matter?

Fractal plotting might seem too abstract and complicated to be practical. Do writers really need to know this stuff, or am I just in love with my own ideas? While an editor or teacher generally needs a more comprehensive knowledge of story theory than the average writer, writers still benefit from understanding the fractal nature of stories.

It Answers Questions About Scale

Over the years, Mythcreants has gotten many questions about how to plot a novel series. Without a thorough understanding of fractal structure, it’s difficult to grasp that all of our plotting advice applies to series just as it applies to novels.

There is no secret ingredient for plotting a series; you just make a throughline for the series as a whole and a child arc for each book. If you want to make a series of short stories, do the same thing. The only thing that matters is whether you make your problems big enough that you can stretch them out for ten books or small enough to solve in a piece of flash fiction.

Similarly, whether you have five books in a series or two, you’ll be following the same principles. Subdivide your series throughline into a series of challenges that build toward the series turning point. Give each subdivision its own arc.

It’s inefficient to learn the same concepts over again every time you examine stories at a different scale, such as scene, chapter, book, or series. Instead, it’s faster to learn how the same concepts apply to the new scale by examining examples of structure at that level.

This also means that any insights gained by studying structure at one scale could be used at a different scale. After you learn how to end chapters so they feel satisfying but still have a hook to keep readers going, you can use that for books in a series.

It Sheds Light on Plotting Conundrums

Many writers want an easy step-by-step procedure they can follow to create a solid plot, and advice givers try to meet that demand. But from what I’ve seen, these efforts only result in over-hyped formulas like the hero’s journey. Many claim the hero’s journey applies to all stories, but it does not. Many believe it’s helpful, but it mostly offers a false sense of security.

Instead of offering a simple and supposedly universal formula, some advice givers try to split stories into plot categories. Then they make step-by-step instructions for each category. However, these instructors either end up lumping very different stories together or making a zillion categories.

The issue is that stories have two contradictory qualities: they are so different that no structure seems to fit all of them, yet some structures obviously work better than others. They are like this because it’s the fractal form itself that matters. It can be stretched and scaled in a myriad of ways, but as long as you have that repeating three-point structure, your story will work. Unfortunately, using fractal structure is not as simple as following step-by-step instructions. But once you learn it, you’ll have endless options.

If you have only one, the trunk hasn’t split off, and it’s just the trunk.

Comments on Your Plot Is a Fractal