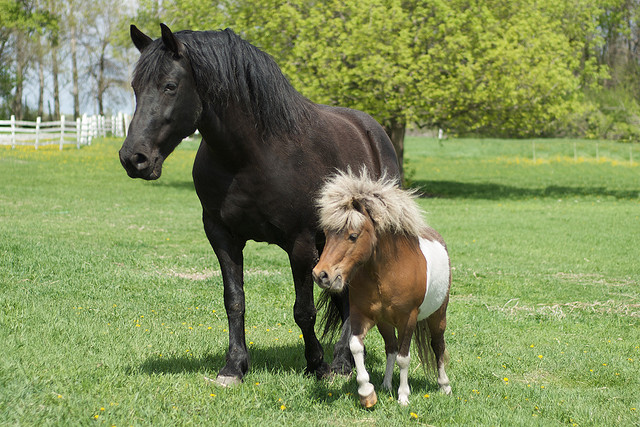 With the dawn of online publishing, we have more options for story length than ever before. Microfiction, flash fiction, novelettes, and novellas all have a market online, and most writers will transition to a different length during their careers. It can be confusing to adapt to a medium that is very similar but not the same. Here’s a rundown of how writing changes with scale.

The Structure of Brief vs Long Stories

When we look at story structure zoomed way out, as we do with a very short story, we can’t spot anything other than the beginning, climax, and ending. Everything else is so small it blurs together. Sometimes even the climax and the end blurs together and becomes the same event.

You can’t string a bunch of shorter stories together to get a longer one. The first scene in a novel could contain a very short story, but it also has to function as the beginning of the novel as a whole. A novel climax isn’t just one more short story in a chain; it is the highest peak in the overarching story. It has to be more important than what comes before or after.

Paring Down to a Short Story

The shorter the story, the less complexity it can handle. That means short stories:

I recommend against making short stories prequels or sequels. Inevitably the story ends up with clutter that has no purpose but to maintain continuity. Short stories can’t bear the weight.

Wind Up and Wind Down

Often short stories are described as a longer story that’s cut down to just the climax. There’s some truth to that; a story short generally depicts one intense turning point. But it can’t be a climax that requires the level of setup that most novels require. The background that leads up to this turning point must be simple enough to describe in brief. Then the resolution must be evident even if the reader doesn’t witness it happen.

Longer stories, on the other hand, have time for extensive buildup and resolution. The Lord of the Rings, which was written as one book of about 1086 pages, has a wind down of 85 pages after the climax. That’s a very long wind down, but it’s appropriate for the length of the book. In fact, after so long with the characters, readers might feel cheated if it was any less. Many novels also get away with a slow start, but that’s more risky because the beginning is the period of lowest engagement for readers.

The shorter the story, the more important beginnings and endings are. They are already places of natural emphasis, and in a short work, they have to gear up and gear down in very little time. That means they should pack more punch. If you’re writing a short story, make sure your last sentence resonates.

Regardless of length, a story usually takes some setup time. This is especially true for speculative fiction stories, which have a world to explain. In a longer story like a novel, all this information should be communicated as naturally as possible. We follow the hero along their plot arc and explain things as we encounter them or as they become relevant. We might mention the name of the capital city without explaining it’s the capital. That’s because the characters already know it’s the capital. They don’t have a reason to explain it in the scene, and with more time the reader will have enough context to figure it out on their own. By keeping all the explanation gradual and natural, we create a more immersive experience for the reader and avoid lecturing them.

But the shorter the story, the less time there is to explain. If we simply condense the narrative methods of the novel, we might mention half a dozen unexplained things in the first paragraph. That would confuse the bejesus out of readers. That’s why in a short story, information must be introduced methodically. Each paragraph should explain what readers need to know about one thing. The next paragraph should move on to the next thing. An exception is the first paragraph. It has to get the story in gear, so it often tackles the two most critical things: what the problem is and why it matters.

Short stories are often compared to poetry. Some even say they’re closer to poetry than they are to novels. I wouldn’t go that far, but the fewer words a work has, the more time and attention should be paid to each one.

In a novel, there are too many details for each one to be important. Description may be used just to set the scene or slow the pace. In a short story, details must be carefully chosen. They’ll need to fulfill multiple functions, such as establishing the mood, clarifying the setting, and foreshadowing. Details in a short story are also more likely to be symbolic or otherwise significant.

Gauging the Right Length for Your Story

The big question is this: how do we recognize the length of a story we haven’t written yet? It’s a nightmare when a novella turns into a trilogy, or a novel is actually a novelette with 50,000 words stuffed in to meet requirements. There’s no replacement for experience in this, but here’s some questions you can ask yourself.

How complex is the plot?

If you’ll need to violate the simplicity guidelines I described above, then it’s longer than a short story. Or at least, it’s significantly longer than most short stories.

Ask yourself how much information readers have to know before they get to the climax. If they have to understand a three-year history in detail, you’ve got a novel on your hands.

Are you making a single point or opening a discussion?

Shorter stories are more unified in theme. That makes them great for communicating a single, strong message. If you want to tell people to seize the day or look before they leap, a short story will do that well. If you drag it out for a full novel, you might sound preachy and repetitive before the end.

However, if your want your story to embody an open, thought-provoking discussion about the boundary between loyalty and corruption, you’re looking at a longer work. A novel provides enough time to explore the same issue from multiple perspectives and in multiple contexts. If you want to provoke questions rather than provide answers, you’ll need that time.

How much change occurs?

The more sweeping the change between the beginning and ending of your story, the longer your narrative needs to be. For instance, you can’t realistically take a character from saintly to evil in the span of a short story. To do that well, you’ll need at least a novel, probably several. However, you could use a short story to depict a critical event that sets this character on the path to evil. Your readers could even anticipate that this character will become evil in the future. You just won’t have time to show it all happening.

Many writers start with shorter stories and move to longer ones. Short works are faster to write, so they let writers practice on more stories with more variety. But they aren’t as fast and easy as their length would suggest. It can be difficult to keep yourself from doing too much in too little space, and the wordcraft is more demanding. I recommend starting with whatever feels most comfortable. Then when you’re ready, expand your repertoire.

Comments on Writing a Short Story vs a Novel