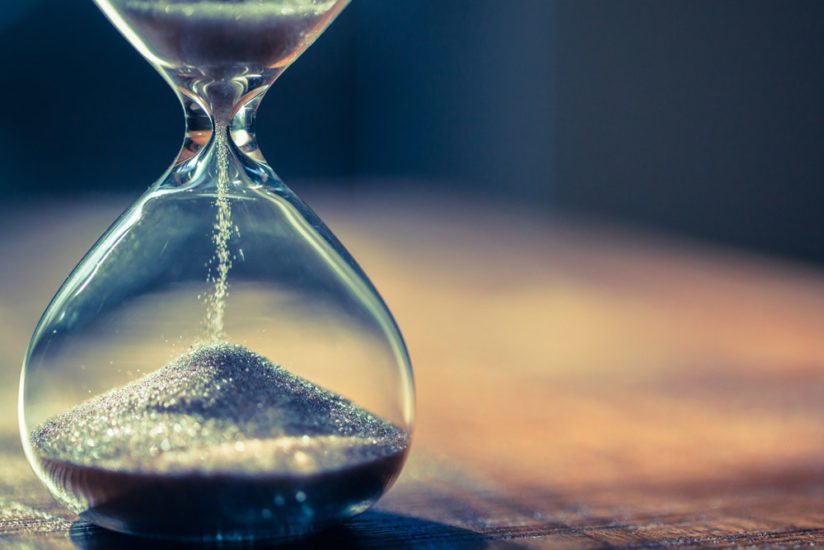 Writers can get into heated arguments over the use of present tense. These arguments never go anywhere, because the main objection to present tense is that some people don’t like it – because they don’t. While present tense may not be your cup of tea or the best fit for your current story, it has a couple significant advantages. If you haven’t tried it before, it’s worth considering.

Our Discomfort Is Just a Growing Pain

First, let’s put the discomfort with present tense into a bigger context. Many people imagine that fiction writing is an unchanging art, but that’s false. It changes, just not as quickly as many other fields. It can’t move very quickly because as a craft of communication, it requires some level of consensus. A story won’t go far without a significant community that agrees on everything from the punctuation to the meaning of each word.

Now let’s rewind to what our very oldest stories sounded like. Before the written word or even oral storytelling traditions, we probably had:

At first, these two styles would have been the only ones we were used to. It’s easy to see how #2 would evolve into an omniscient third-person narrator as storytelling became a tradition. But if a friend walked up to you and related an impossibly detailed account of supposedly true events, complete with every person’s thoughts, you would probably find that weird. The convention of the omniscient narrator had to be established.

It was also a jump for storytellers to use first person for events they didn’t experience. For it to work, the audience has to accept that the storyteller is an actor playing a role. That’s why in ancient Egyptian stories, framing devices were used to explain first-person narration. The story would start in third person, introduce the main character, and then that character would tell the story in earnest.

We no longer need these framing devices. Today, readers are used to a handful of narrative premises that we accept without explanation. And one of the most popular, the unfolding-events premise, simply dispenses with the storyteller altogether. That means readers should feel like they are directly witnessing events, even though those events are expressed through words on paper.

In real life, we don’t witness our surroundings as though they happened in the past. Present tense is the most natural fit for unfolding events, but the use of present tense in stories is relatively new. For readers who aren’t used to it, present tense can feel unnatural and distracting.

Interestingly, the reverse can also happen. Some people who read only present tense find past tense off-putting. However, because past tense is so conventional, this is less common.

Present tense is likely to become more conventional and less contentious over time, but it might take a while before it’s as accepted as past tense.

When we speak, present tense is the default tense.* Because of its heavy usage, it’s also the most efficient. This translates to more concise language on the page, making reading a smoother experience.

Let’s compare past and present using an excerpt from Winter World. In it, the viewpoint character has just received a file with data from a space probe. The original is in present tense.

I immediately open it and scan the readings of the solar radiation. I’m shocked. They’re far higher than the readings on Earth, but that makes no sense—the probe is at roughly the same distance from the Sun. Unless the probe was hit with a flare? No, it’s not that: the readings are consistent over time. Maybe it’s a local phenomenon.

This is what the same passage looks like in past tense.

I immediately opened it and scanned the readings of the solar radiation. I was shocked. They were far higher than the readings on Earth, but that made no sense—the probe was at roughly the same distance from the Sun. Unless the probe had been hit with a flare? No, it wasn’t that: the readings were consistent over time. Maybe it was a local phenomenon.

The differences aren’t big, but they are numerous. Enough that these little changes resulted in a paragraph that’s slightly longer.

Narration in present tense sheds letters, syllables, and words up and down the page, every page. That could even make printing a little cheaper.

Immediacy is the big advantage that most advocates of present tense tout. The reason is obvious: thinking of events as occurring sometime in the past makes them feel more distant. This lowers immersion and tension.

When writers try to make past tense feel immediate, the results aren’t always great. Take this excerpt from Maximum Ride.

My lungs aching for air? I could deal. As long as I could put as much distance as possible between me and the Erasers.

That last sentence is just yeesh. Let’s try it in present tense.

My lungs aching for air? I can deal. As long as I can put as much distance as possible between me and the Erasers.

In present tense, the “right now” feels redundant. After it’s removed, the narration still has more immediacy than the original.

Let’s look at a teaser from the opening of Twilight. While Twilight uses the unfolding-events premise, it’s in past tense.

I stared without breathing across the long room, into the dark eyes of the hunter, and he looked pleasantly back at me.

Surely it was a good way to die, in the place of someone else, someone I loved. Noble, even. That ought to count for something. […]

The hunter smiled in a friendly way as he sauntered forward to kill me.

Below, I’ve put it in present tense.

I stare without breathing across the long room, into the dark eyes of the hunter, and he looks pleasantly back at me.

Surely it’s a good way to die, in the place of someone else, someone I love. Noble, even. That ought to count for something. […]

The hunter smiles in a friendly way as he saunters forward to kill me.

This tense teaser is even more tense after the change. Similarly, it’s easier to believe that Bella could die – though the narrative premise is doing the heavy lifting there.

The greater immediacy of present tense is probably why it’s most often used with first person. First person already lends itself well to an immersive experience, which makes the pairing ideal for thrilling stories. Third person can also benefit from present tense, but some readers will have greater discomfort when present tense is combined with third person.

Altogether, the importance of immediacy varies from story to story, but it’s never a bad quality to have. However, you may decide to forgo it, and present tense, in favor of other benefits.

Choosing When to Use It

First, every writer has their personal limitations. If you hate present tense, I’m not telling you to write in it. What’s more, changing your narrative style can be tricky and labor intensive. If you’re used to past tense, you may find yourself slipping back into it while you’re trying to write in present. A draft that’s littered with the wrong tense can be difficult to iron out. This is why I recommend testing any new narration style on a short story before committing to using it in a novel.

Next, it’s okay to choose past tense just because some people don’t like present tense. You’re not required to make a bold statement; do whatever is comfortable for you. That said, most readers don’t have a problem with it. Generally, you don’t have to worry about your work’s marketability just because you wrote in present instead of past tense.

Putting practical concerns aside, present tense makes stories feel more modern and thrilling. That’s often a great fit for science fiction, horror, and urban fantasy. However, you may prefer to give your story a more classic feel, particularly if it’s fairy-tale fantasy, historical fantasy, or other-world fantasy. In that case, past tense is a better fit.

Present tense is also incompatible with a character-retelling narrative premise. This is when a character recounts events that happened in their past. A character retelling encourages a more conversational tone and gives the narration more flexibility. Generally, this means it’s less immersive but offers more opportunity for jokes and other fun anecdotes. In most cases, picking a character retelling already means you aren’t prioritizing immersion and tension.

To summarize, the most natural match for present tense is a narrative that:

Twilight fits all of these qualifications, so I think it would have been better in present tense. However, there are no hard rules here; it’s mostly a matter of artistic preference. You might want to cast historical events in a modern light or use your retelling narrator to make ominous comments about the future. Your narrative style can be a subtle choice that lets the story speak for itself, or it can be a bold choice that casts the story in a new light.

At least in English.

Comments on Why You Should Consider Present Tense