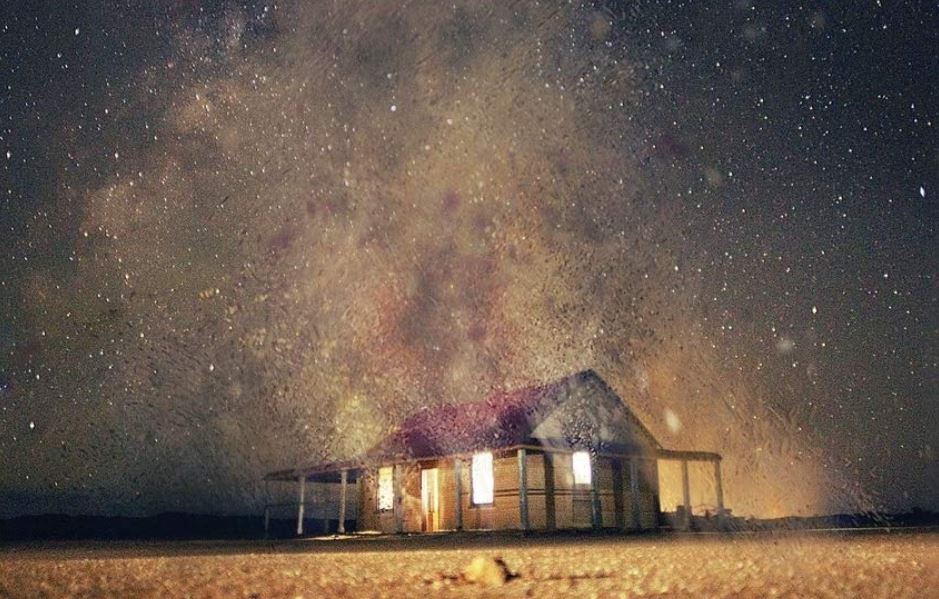 Agents of Dreamland forgoes tension to make readers ask what the protagonist is trying to do.

If you want to set a trap for a storyteller, just dig a big hole, put some sharp spikes in it (don’t bother concealing them), and add a sign that says “stepping in this hole is immensely clever.” We will walk right in. Even if we know it’s a bad idea, even if the hole is filled with the broken bodies of other storytellers, we will assure ourselves it will be different this time. For storytellers, seemingly clever ideas are tough to resist, even if they do little good and lots of harm. And that’s why we keep using meta mysteries.

In a normal mystery, the protagonist is faced with a perplexing puzzle they must solve before it’s too late. Maybe a murderer has been killing doctors and the protagonist must identify the culprit. Maybe the protagonist was given a strange orb and now everyone’s trying to kidnap them. Maybe buildings keep disappearing from their hometown but no one else remembers those buildings were ever there. If the protagonist doesn’t find the answers, they won’t be able to prevent bad things from happening.

In a meta mystery, the audience is trying to puzzle out what’s happening in the story. The next scene shows the same characters at a different location, but is it the next day, ten years in the future, or twenty years in the past? The protagonist is chasing down the villain because of something that happened between them, but what was it? All the characters are planning to gather for some event called the “the reckoning,” but is that a religious ceremony, trial by combat, or a gaming convention? If the audience doesn’t find the answers, they will probably look for a less confusing story to keep them entertained.

Why Storytellers Use Them

When we want to impress our audience with how clever we are, we reach for a reveal. Everyone remembers a time we were reading or watching a story and a reveal blew our mind. In that one moment, we recalled all the careful hints the storyteller had placed so far, previously unbeknownst to us, and finally recognized the craftsmanship that created this memorable experience. Not only that, but reveals can be used to create plot twists, which also make us storytellers look impressive. We imagine that once we deliver our beautiful reveal unto the audience, they shall sing our praises, declare us the next Shakespeare, and [insert other storyteller wet dreams here].

There’s just one problem: good reveals are hard. All those carefully placed hints have to be carefully placed. What’s more, story events should be believable whether the audience knows the reveal or not, which requires everything to be carefully balanced so it can support multiple interpretations. For twists, the plot needs another direction to go in. This is why even the most perfectly crafted stories can only pull off so many reveals before they tumble into the depths of an all-consuming plot hole.

But what if we didn’t have to do all that careful planning or tie our stories into knots to get our reveals? What if instead of giving the story many plausible outcomes, we just chose some information the audience wants to know and hid it? Then when we want to blow their minds, all we have to do is tell them. Since it doesn’t change the story, we don’t have to think about it so hard.

Plus, we can use this to glorify our hero. Sure, heroes are supposed to be sympathetic people facing real problems, but that gets in the way of making the hero badass and perfect in every way. So what if we create tension by hiding the hero’s flawless plan, thereby making it look like they were in trouble, only to reveal they had it covered the whole time? And if we hide who they are, what their backstory is, and what their goals are, that will make them look cool and mysterious, right?

Why They Fall Flat

There’s more to a good mystery than curiosity. Curiosity is a nice bonus, but as human feeling and motivation goes, it’s not that compelling. To be compelling, mysteries need tension. There must be negative consequences if the mystery is never solved. When the answer is uncovered, the protagonist should be better equipped to avoid problems and avert disaster. Otherwise, none of it matters.

Meta mysteries don’t matter. The protagonist already has the answer to the mystery and is operating based on that knowledge, so when the audience learns the answer, nothing in the story has changed. The only thing to draw them in is curiosity, which is usually mild to nonexistent. And if the audience has no interest in puzzling through the story or can’t figure it out, it isn’t gripping, just frustrating.

This doesn’t mean no one in the audience will enjoy piecing together what’s happening or receiving meta reveals. But these positive reactions can be incredibly misleading. Since most audience members aren’t storytelling experts, they only know what they enjoyed and what they didn’t. They have trouble simply understanding why they did or didn’t like something. They definitely don’t know how they would have felt if the story had been told differently – even if they think they do.

There’s no upper limit to how fantastic a story can be. Even if the audience enjoyed it, that doesn’t mean it couldn’t have been better. And the issue with meta mysteries is not only that they aren’t compelling, but that they subtly crack the foundation the story is built on.

How They Sabotage Stories

First, remember that for every audience member who feels accomplished because they pieced together your scattered scenes into a coherent storyline, another probably just wants to relax. Raising the effort it takes to consume your story will inevitably reduce your audience. But even if an audience member is bent on figuring it all out, if their attention is focused on meta questions, that means it isn’t focused on the story itself.

The most sure sign that a meta mystery has done damage is when audiences enjoy the meta reveal. If they like it, that means the information matters to the story, and simply telling them would have made them more engaged earlier. While you may know how many people said they liked your reveal, you’ll never know how many extra people would have stuck around if you hadn’t robbed the story of emotion. The supposed benefit is obvious, but the damage is nearly invisible. That’s what makes meta mysteries so insidious.

On top of all this, meta mysteries often come off as contrived and even manipulative. In many cases, the characters would quickly reveal the answer if left to their own devices, so the storyteller has to make them dance around the issue to keep the audience ignorant. Many audience members will pick up on this, and once again, it will break immersion.

Do They Ever Work Out?

I currently know of no story situation in which I would recommend confusing audiences about the story’s timeline, hiding protagonist backstory only to reveal it later, or otherwise being obtuse about what’s happening in the story. However, there is one technique that uses a meta reveal but not a meta mystery, and it has limited use.

This technique is what we call the hidden plan turning point. A staple of heist movies, this is where the protagonist appears to be in deep trouble before they reveal that actually, everything has gone according to their secret plan. When done well, the audience never knows they are missing information, so they aren’t confused. To accomplish this, the storyteller must provide an alternate version of events for the audience to buy into, much like a regular reveal.

However, there’s a reason this is associated with heist movies. Much of the storytelling power of narration comes from being in the protagonist’s head, but movies can’t do that anyway. Instead, every heist protagonist is an incredible actor, perfectly mimicking being in distress when they’re doing just fine. That’s all well and good for visual stories, but why would the protagonist fake distress inside their own head, where most narration resides?

While you can use a perspective like omniscient to stay out of the character’s head, that only takes care of the believability problem. It doesn’t fix the other big issue: being outside the protagonist’s head is less immersive, so it results in less tension.

Don’t get me wrong – a hidden plan turning point is much better than no turning point. But since they can’t produce as much tension, in novels they’re best used for smaller conflicts, not the climax. The shorter the amount of time you have to keep the audience from understanding what the protagonist is really up to, the better. That also means they aren’t a silver bullet for fixing a candied protagonist.

Comments on Why We Have to Let Go of Meta Mysteries