Why “Historical Accuracy” Isn’t a Reason to Exclude Diversity 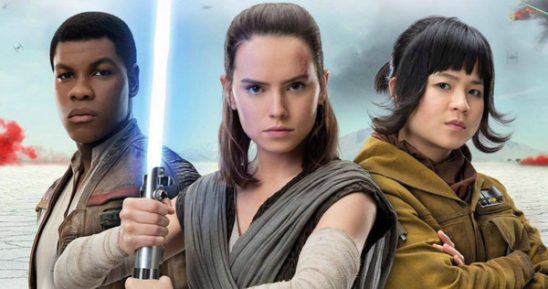 It's unrealistic for women to be space wizards!

Whenever an argument starts about some big-name show lacking diversity or having too much bigotry, you can be sure to hear the refrain that it’s all in service of historical accuracy. It might not be pleasant, the argument goes, or agree with modern sensibilities, but that’s how it was back then, and there’s nothing to be done about it.

As someone who critiques media for a living, I run into this argument all the time. I see it from the darkest depths of YouTube to the comments section of this very blog. Some people use the argument as a smoke screen to hide the fact that they simply don’t want diverse stories, whereas others genuinely think that history requires stories to be full of bigotry. Either way, the argument is wrong, and here’s why. There’s no easy way to say this, but Westeros isn’t a real place. Neither is Middle-earth or wherever the heck Wheel of Time takes place.* These are all fantasy worlds with their own geography, climate, resource distribution, and past events. None of them share a history with the real world.

Applying historical accuracy to non-historical settings doesn’t make sense. History is an infinitely complex, ever-changing beast that is extremely sensitive to context. It’s nearly impossible to point at a single factor and say it caused a single event. Did the American Revolution happen because of British taxes? Sort of, but it also happened because King George III was an unstable ruler who inflamed an already tense situation. Would the revolution still have succeeded if King George had kept his head? It’s really hard to say.

That’s just the tiniest taste of how many factors influence history. What if the Seven Years’ War had ended in a French victory? What if Native Americans had been resistant to European diseases? You can stretch these what-if questions out to infinity, and that’s just with scenarios that can play out on Earth as we know it. What if the Atlantic Ocean were smaller and Britain could more easily send reinforcement to the colonies? What if Europe were situated next to Mongolia instead of on the Atlantic coast?

You can apply these questions at every level of history. Can you have Victorian fashion trends without a global empire to support them? Would Japan have become an expansionist power in WWII if the country hadn’t been unified against Mongol invasions in the late 1200s? Changing even one significant factor can have ripples across history.

Now imagine you’re changing more than one thing. Imagine you’re changing the world’s entire geography and probably adding some magic and non-human races for good measure. Standard high-fantasy worldbuilding procedure. The idea that these fictional societies would be bound by real world history is laughable. The same thing happens when you take the real world and add magic to it or even create a fictional university of eldritch horrors in New England. The rules have changed; you are no longer bound by what happened in real life. 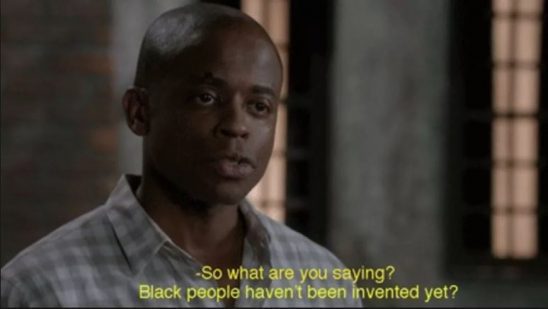 Best line in all of TV.

We’ve gone through how weird it is to insist on historical accuracy for a non-historical setting, but what if you are doing a historical story? Maybe this story has no speculative elements, or those elements are minimal, or they’ve only just appeared. Surely such a setting would need to take up the burden of historical accuracy, ruling out any diversity. That’s just the tough cookies of real life!

Unfortunately for anyone who thinks that way, real life is not going to cooperate. History is a diverse place, because humanity is a diverse species. Even if we limit ourselves specifically to Europe, we see centuries of intermixing and cultural exchange. The Roman Empire alone shuffled countless people around the Mediterranean, and those people didn’t just pack up and go back when the empire fell. After the Romans, Islamic and Mongol expansion sent people from across Asia and North Africa deep into Medieval Europe.

Outside of Europe, the situation is even more interesting. China exchanged people and goods with the Indian subcontinent and beyond. Arab traders crossed the deserts of North Africa to reach the fabled wealth of Mali. DNA analysis now indicates Polynesians reached South America long before any Europeans did.

That’s a lot of racial diversity, but race isn’t the only factor to consider. Women are often relegated to secondary roles in fiction, and the practice is then justified by saying history was just a sexist place. To be fair, history is rife with extreme misogyny, but it is also full of women doing things and having free will. Sometimes these women defied the misogyny of their culture; sometimes their culture just wasn’t as misogynistic as we’d expect it to be. You may have heard of Cheng I Sao, the most successful pirate in history, but did you know that when she took over her dead husband’s pirate fleet, no one objected? Wives taking over their husband’s business was simply an accepted practice in her culture.

History is also full of queer folk, even if they aren’t celebrated the way they should be. Most of us know how gay men have been widely accepted at various times, but the rest of the LGBTQIA+ spectrum is represented as well, even if words didn’t exist to describe them. A number of historical figures described as cross-dressers were probably trans, and people who don’t care for sex at all aren’t new either.

It only takes a little imagination to find diversity in a historical setting. While the halls of power are often filled with only the most dominant group,* one only needs to venture a little further afield to find thriving communities of diversity.

Accuracy Is the First Casualty of a Good Story

Sorry, Frodo, that spear would have crushed your chest even with the Mithril.

Okay, so let’s say your story has some very specific requirements that absolutely rule out anyone except people from the most dominant group. Maybe you’re telling a story about 1800s British MPs who are excited to have sex with their wives. That sounds a little silly to me, but let’s accept for the sake of argument that such a premise exists: one in which there can be no diversity without breaking historical accuracy.

Then break it. Storytellers break accuracy all the time in the service of their craft, so why should historical accuracy be the exception? If we treated biological accuracy as inviolable, most protagonists wouldn’t survive their first action scene. If we worshiped at the altar of physical accuracy, human spaceflight would be impractical and gunfights would mostly consist of hiding behind cover.

Stories can never be 100% accurate to real life, because real life doesn’t make for a good story. Real life rarely has a satisfying payoff, people don’t learn lessons from their hardships,* and success has more to do with random chance than with skill or talent. Every story massages the rules of reality a little, both physical and social.

This is true no matter how dark and gritty a story is, no matter how many times the narrator says, “This isn’t a story, this is real life,” and swears not to use any storytelling tropes. More often than not, those stories are even less accurate than normal. On the rare occasion when a storyteller does manage to craft a story that conforms perfectly to the laws of probability, no one wants to read it. Such stories feel random and unsatisfying, unworthy of our valuable time.

Considering how easily we accept breaks in other kinds of accuracy, it’s a bad look to draw the line specifically at including diverse characters. Adding insult to injury, storytellers break historical accuracy all the time, including in stories where historical accuracy is being used to exclude diversity or justify bigotry. If someone is very upset that a hero in the Trojan Wars has been cast as a black man, but doesn’t mind that the soldiers are using iron weapons,* that suggests they have ulterior motives.

Accuracy Is a Means, Not an Ends 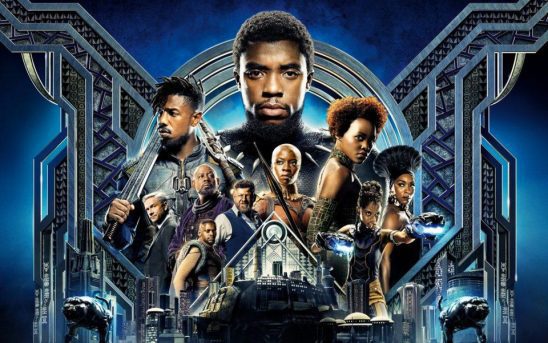 Historical accuracy, like all kinds of accuracy, is a tool for improving your story. Audiences like being swept up in a living, breathing world, and historical accuracy will help you do that. If you set a story in World War One, knowing the limitations of messenger pigeons will make the setting more immersive. Similarly, being able to accurately describe the sights and smells of Edo in 1534 will help transport the audience into a world that is not their own.

Accuracy is also useful for giving the story dramatic weight. If your protagonist is cut by a sword, and you accurately describe the lengthy, painful recovery process, your audience will know that swords are to be taken seriously. The next fight your hero gets into will feel dramatic and dangerous because the audience doesn’t want them to be stabbed again.

As a tool, historical accuracy should be used to improve a story, not make it worse. In the vast majority of cases, diverse stories are better than homogeneous stories. Not only do diverse stories provide a breath of fresh air for audiences, but they give important representation to marginalized audiences. Diverse stories also help normalize the existence of people outside the dominant group. For all that, diversity costs a story almost nothing. The only people put off by a diverse story are the ones you didn’t want in your audience anyway.

A storyteller who uses historical accuracy as an excuse not to include diversity is like a carpenter who won’t ever put their hammer away. The hammer is an important tool of woodworking, but if you keep hitting the wood until it cracks, then the hammer isn’t doing its job. Employ historical accuracy when it benefits your story, but don’t get so devoted to it that you make the story worse.

Apparently it doesn’t have a name, and fans have started calling it Randland. Okay.
Straight, white, cis men if you live in the United States.
Or they learn the wrong ones.
If the Trojan Wars happened at all, it would have been in the Bronze Age.