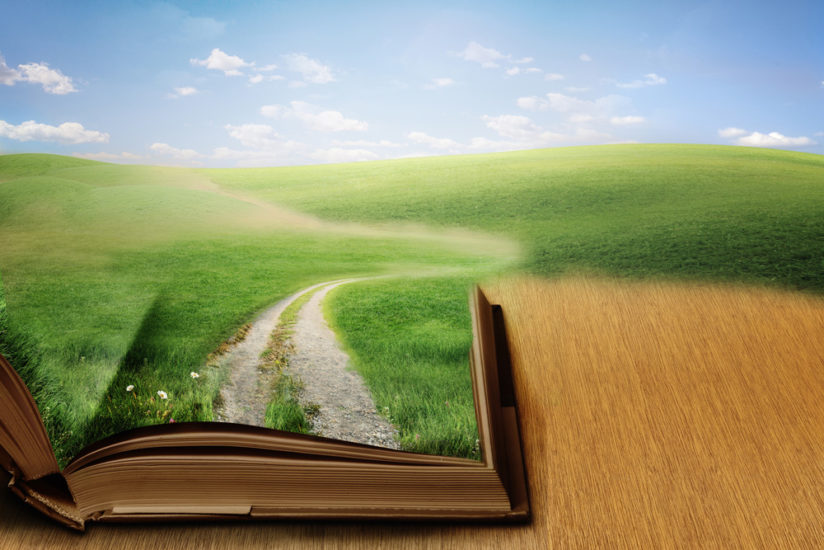 Fiction writers often obsess over their openings, and for good reason. The beginning of the story is the most critical place to engage readers, but also the most difficult. In 2015, I listed ways to jump start a story, but the six years since then have given me a better understanding of both the problem and which solutions work the best. So, let’s take a deeper look.

When we want to suck the audience in, we have four basic tools in our box: ANTS. These engagement factors each play different roles and have their own pros and cons. That makes them more or less suitable for different parts of a story or different types of stories. Let’s briefly go over each one.

Of the ANTS, the one that’s best suited to the opening of a story is novelty. It works fast, and it actually increases when you introduce your audience to new story elements. An example of a story that relies on novelty for its opening is the movie Warm Bodies. The main character is a zombie in a typical postapocalyptic zombie setting. Just seeing a day in the life of a lovable zombie has tons of novelty. Then attachment is built up while novelty carries the story.

Unfortunately, that level of novelty usually requires a unique setting or premise. For most stories, it’s probably out of reach. So that leaves us with attachment and tension. But wait – attachment takes time, and tension doesn’t work as well without attachment. Well, that sucks, but we can at least make do with tension while we build attachment, right?

Theoretically, simultaneously creating tension and building attachment is simple. Introduce your main character as they are threatened by something. Not only does this create tension, but it even gives attachment a boost, because characters facing problems evoke sympathy from the audience.

Some stories indeed open with this technique; long ago I used Brandon Sanderson’s Elantris as an example. The main character starts his morning routine only to realize he’s come down with a severe magical ailment. Then he’s sent into the cursed and abandoned city of Elantris to suffer his fate. The fantastical elements also give the opening some novelty, but not enough to engage readers alone.

However, doing this can also be challenging. For one thing, the big problem the protagonist faces during the story may require some explanation or setup. For another, the writer may want to establish what the protagonist’s normal life is like before they throw it into chaos.

For instance, let’s say a loved one is going to be kidnapped and the protagonist will spend the entire story searching for them. That search will have more meaning and higher tension if the audience cares about the kidnapped character and the relationship between the two characters. The most effective way to build that attachment is to depict some scenes with them interacting, but then the kidnapping can’t happen immediately.

That’s why instead of trying to build attachment and tension at once, so many writers are using prologues.

Technically, a prologue could be anything. It might be the first chapter in disguise, the start of a framing device, or a big exposition dump. But most often, prologues are an attempt to create a stronger opening hook. The tactic goes like this:

This method is appealing because it’s simple and usually quite easy. It might even save you from revisions. Is your beginning too slow? Just append some text where people whack at each other with swords. At their surface, prologues may also look quite effective. After all, if you just lopped off the prologue, the low-tension first chapter would likely be less engaging.

However, using this method also means making many concessions:

Given all of these downsides, if you can simply put your main character in a little hot water during your opening, that is hands down the better option. But in many stories, giving the main character a compelling conflict right away takes some finagling. As a result, some writers are choosing prologues just so they don’t have to figure that out. So even if a prologue is technically capable of making an opening more engaging, in practice it can have the opposite effect.

Storytellers also overestimate the benefit of prologues because they mix up action, conflict, and tension. They assume that conflict will create tension and that people killing each other is the most exciting type of conflict. But tension doesn’t automatically appear whenever there’s an action sequence. Nameless people having a gun fight can be as boring as watching grass grow, because the audience has no attachment to those people and therefore no reason to care who wins.

A great example of this dynamic is the opening of I Am Number Four. It starts with a prologue where a boy (Number Three) is attacked, runs for his life, and then is finally killed by the goofy caricature of a villain. Then in the first chapter, there’s a big exposition dump that explains the book’s premise and speeds through the main character’s life, until it ends by saying the villain is coming after the main character (Number Four) next.

The first chapter of I Am Number Four may not have a fight scene, but it has what it needs to create tension: the main character is marked for death. He also knows that Number Three has just been killed but hasn’t seen the killer, making the villain feel more threatening than in the prologue. If the first chapter had simply been revised, it would have made an effective hook while building attachment. Instead, the author assumed action would be better, and both delayed attachment and made the villain less threatening as a result.

While there may be a few niche scenarios in which the prologue method would be the right choice,* the vast majority of speculative fiction books would be better off by starting with the main character. If first chapters seem boring, it’s because writers have been neglecting them in favor of meaningless action sequences.

Creating Conflict for the Main Character

Let’s pretend I’ve convinced you that prologues are bad and you should open with your main character, but you’re having trouble creating an opening hook. What are your options?

First, triple-check that your main character can’t get involved in your story’s throughline problem right off. For instance, Eragon has a prologue where the villain fails to get a dragon egg and then a first chapter where Eragon finds the dragon egg. But there’s no reason Eragon can’t be hiding in terror while the villain is attempting to steal the egg and then end up grabbing the egg out from under him. Consider:

Highlight a Looming Threat to Come

If the main character can’t be in a conflict related to the throughline, you can still raise tension by foreshadowing it. In I Am Number Four, the main character isn’t actively fighting off the villain that’s coming to kill him, but knowing the villain is coming still creates tension. Similarly, any looming threat to the protagonist will boost engagement during the opening. Ask yourself:

If your character isn’t already in a conflict related to the throughline, you’ll want to create another conflict for them to participate in – regardless of whether you’ll be using foreshadowing to raise tension. The best choice is something that develops them as a character and creates sympathy, so you can build as much attachment as possible as soon as possible. If you have a character arc or relationship arc planned, you might choose a conflict that focuses on that.

If you can’t find a problem that’s compelling enough, you can try a flashforward. Pick an exciting conflict or tense and pivotal moment that occurs later in the story and include a snippet from it up front. Generally, flashforwards end on a big cliffhanger, often when it appears the main character is about to die.

Because you’ll be making your audience wait for the conclusion, there will be a lot of anticipation, so it needs an appropriate payoff. If it looks like your character is toast and then it turns out they had a hidden plan and were never in danger, that could make your audience feel cheated. Don’t oversell future events; it’s okay to use a sticky situation that doesn’t look like a death sentence.

You can also make your flashforward more compelling by creating a big mystery and then having your character think back to the beginning in search of an answer. Just be ready with an interesting answer when you return to the present.

Of course, you also don’t want a flashforward that spoils future events. To avoid giving away anything important they often need to be vague. Altogether, flashforwards are tricky to pull off. Like a prologue, they can make the opening feel dull by comparison or leave the audience impatiently waiting to catch up to the present. But they still have a big advantage over a prologue: the main character is the star.

Creating a great opening hook can be tough sometimes, but it’s still quite doable. However, it usually means giving up the opening you’ve already written.

Though in these cases, the “prologue” should be chapter one.

Comments on What’s the Best Way to Create an Opening Hook?