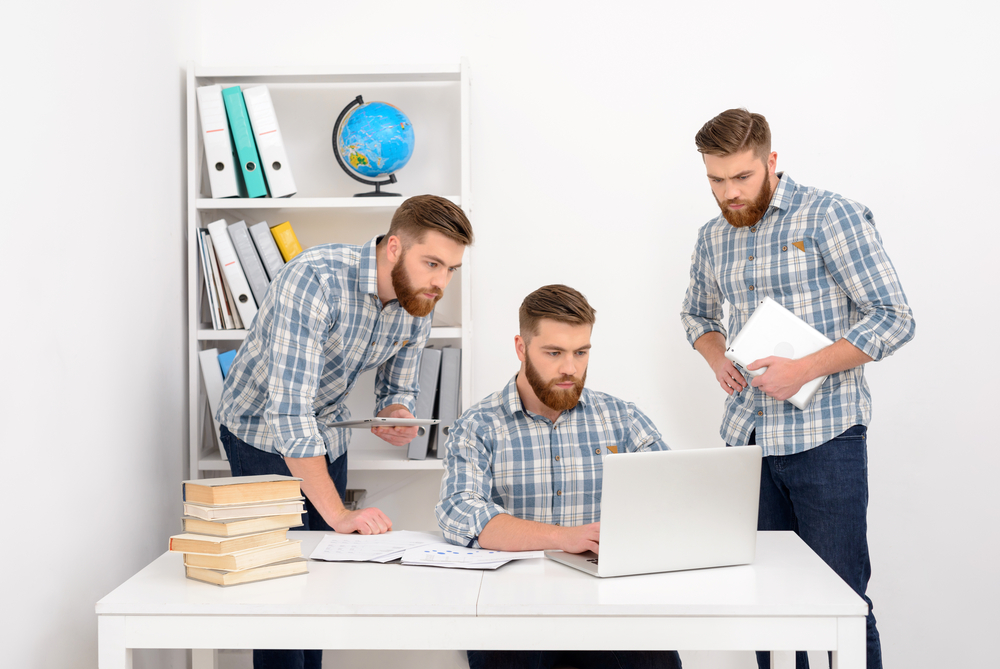 When we’re making recommendations about story content for social justice reasons, we often mention “normalization.” The basic idea is simple: something that’s depicted in a story is more likely to done by real people. However, there are some common misconceptions about what normalization is and isn’t. Let’s go over it and its implications.

Normalization Is Not Endorsement

One of the biggest misconceptions is that normalization is akin to authorial endorsement, and so whether something is normalized depends on how it’s depicted.

Let’s dive into an example. We’ll say you’re considering whether or not a character should use a gendered slur, in this case “bitch.”  Depending on how a character uses this slur in your story, you can choose to endorse it as acceptable behavior, or you can communicate that it’s not acceptable.

If one of your protagonists uses “bitch” as an insult, and no other protagonist tells the character that using a sexist slur is wrong, then the usage has authorial endorsement. This may or may not be your intent, but judging only by what you put in your story, you are telling your readers using this gendered slur is okay.

If your goal is to teach readers that using the word is wrong, you’ll put the emphasis on a protagonist who thinks it’s wrong. A protagonist with high credibility, like a wise mentor, might explain the harm of the slur to a character who uses it. Then that character could admit they shouldn’t have done it and apologize. This way, you clearly are not endorsing its usage, just the opposite.

However, no matter whether or not you endorse a behavior, by depicting it you are still normalizing it. Normalization is just the process in which things feel less strange and more normal with exposure. Every single thing you put in your story will be more normalized for readers because it is there. If you make a point of how weird something is, that will normalize it less, but overall, it will still be less unthinkable and more old hat than it was. And when people choose how to act in real life, behavior that’s normalized is more likely to spring to mind.

People Copy What They See

You can think of normalization as the “human see, human do” principle. Humans are inclined to do what other people are doing. You might think, “If my nefarious villain is the only one who does a terrible thing, surely people won’t want to do that – it would make them a villain.”

I hate to break it to you, but people often want to be villains. Even discounting how villains are usually pretty cool, people get angry. We become hateful. And some people just enjoy having power over others. When someone feels like hurting another person, what behavior is normalized matters. It changes what they imagine doing and how shocking or tame various behaviors seem. If I’m angry and I want to insult someone who happens to be a woman, and calling women a “bitch” feels normal to me, I’ll reach for that word.

Stephen King learned this the hard way with his novel Rage, which he wrote under the name Richard Bachman. In the novel, a student shoots several faculty members and holds other students hostage. The novel was originally written in 1965, while King was in high school but before school shootings were common. But it was linked to four shooting incidents from 1988 to 1997. After seeing that his book was inspiring actual shootings, King pulled it from publication. Unfortunately, since then school shootings have only become more normalized, and there’s a lot of discussion about whether news media coverage has contributed to that.

Outside of villainy, self-destructive behavior can also be normalized. Studies have repeatedly shown that news coverage of suicide leads to higher suicide rates, and a recent study suggests that the Netflix show 13 Reasons Why might also have inspired suicides.

However, normalization isn’t just bad. In an era where lots of people want to do the right thing but don’t know what that means on an interpersonal level, good examples are desperately needed. Depicting a cute, romantic scene where a character asks for consent will make it easier for readers to ask for consent. Showing marginalized characters in leadership roles makes it more likely that marginalized people will have those opportunities. We’re often so focused on the bad things, we forget how much good we can do just by depicting the world we want to see.

Normalization Is One Factor Among Many

If normalization were all that mattered, we might feel obligated to depict only utopias full of perfect people. That would be unfortunate and impractical; storytelling requires problems. However, while normalization is not the only consideration, it’s important enough to take into account. Let’s look at when normalization might be the deciding factor and when it’s balanced out by other things.

Examine what your story needs and what it doesn’t

First, when there aren’t other big considerations at play, we should normalize good behavior rather than bad behavior. Unfortunately, most storytellers are in the habit of further normalizing bad behavior even when the story doesn’t benefit from it in any way.

A frequent culprit is adding pointless oppression to the story or setting. For instance, many other-world fantasies have patriarchal settings, and the stories in them are rarely about liberating women. Not only does this further normalize oppression, but it’s constantly used to exclude marginalized characters. If women aren’t allowed to be leaders, how will women change the fate of the world in an epic struggle of good versus evil? If they don’t make a difference, they’ll have to be cut to keep the story tight. Pointless depictions of oppression are by their nature oppressive.

On the other side, storytellers are missing lots of easy opportunities to normalize positive behavior. Just a few ways to normalize good behavior include:

Chances are good that in your story many of these can be included without going out of your way.

Watch out for bad societal habits

While stories usually depend on bad behavior to generate conflict, some really bad behaviors are especially sensitive to normalization. Generally these are things that many people are trying to justify, or even promote, or things that specific groups of people are inclined to act on. Some of these behaviors include the following:

There will always be a place for stories specifically about addressing the harm of these actions. However, if the behavior is present in the story just to add some extra threat, provide conflict for a few scenes, or drive a character arc, generally the harm of normalizing them outweighs the benefit. Since the story is not actually about the issue, in almost all cases the depiction can be replaced with a different conflict that can serve the story just as well.

Ask whether the issue needs awareness

One of the potential benefits of showing real-life problems is raising awareness about those problems. If the issue is flying under the radar or people don’t understand that a behavior is harmful, bringing it to our collective attention might be worth normalizing it a little. For instance, the killing of black people by police officers has been going on for a long time but has only recently come to the attention of many white people in the United States. That’s created a much larger conversation about police accountability that will hopefully lead to reform that prevents more killings.

However, not all problems need this kind of awareness. There’s already a lot of public conversation about how sexual assault against women is bad; anyone who doesn’t believe that doesn’t want to. What we need is for people to stop thinking that sexually assaulting women is normal human behavior. At this point, while awareness campaigns showing how many women we personally know have been affected are helpful, sticking sexual assault in the average story isn’t.

On the other hand, demonstrating the harm of emotional abuse is enormously difficult. Emotional abusers specifically design their abuse so that onlookers will side with them over their victims, or at least do nothing. Accurate depictions leave many readers thinking the abuser has a point. For this reason, it’s probably more productive to fight this type of abuse by normalizing supportive behavior and eliminating depictions of “tough love” and other kinds of controlling, disrespectful behavior.

And of course, remember that raising awareness about serious problems is not something that a storyteller should take on lightly. Personal experience and/or extensive research are crucial.

Don’t forget: your story matters. What you put into the world will affect people. It’s up to all of us to decide what to do with that power.

Comments on What Storytellers Should Know About Normalization