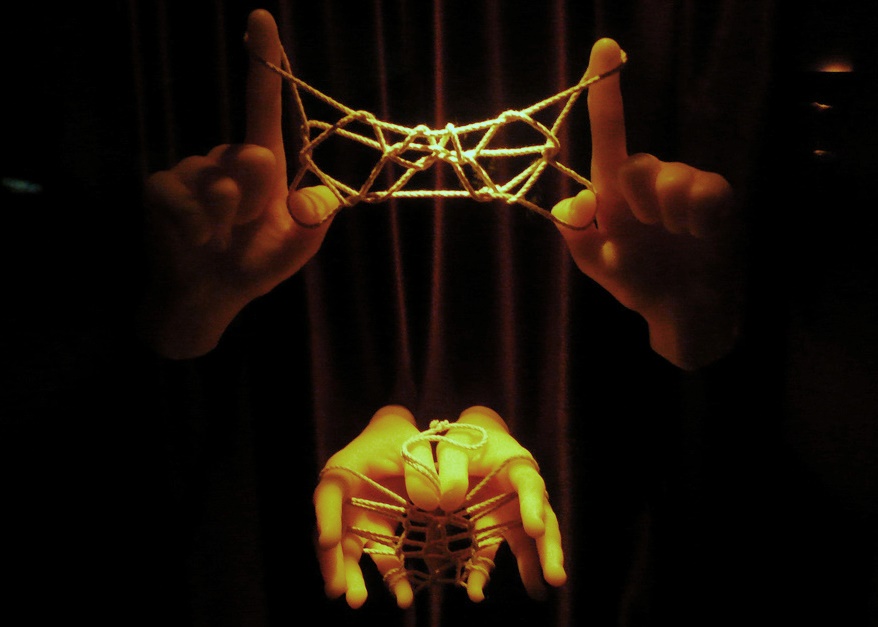 This is part 4 in the series: Running a Large Campaign

You’re ready to sit down and write the plot for your masterpiece, but writing a campaign isn’t the same as writing a one-shot adventure. You have the time to build the stakes at a relaxed pace, explore the expansive campaign world, and cultivate relationships with the cast of NPCs. So while you might introduce your plotline on day one, you need to be mindful of how much time you give it to develop in game.

For any long running campaign, the main plotline needs enough pieces to keep everyone interested for dozens of sessions. Knowing what happens every game before you start isn’t practical, because you can’t predict what paths your players will take. What you can and should prepare is the overall direction your plot follows. Then, as each phase of your campaign grows near, you can get more involved in writing each plot arc.

Choosing a Power Curve For the Big Bad

Your campaign needs to have stakes that matter and a Big Bad that needs to be overcome. But to make a Big Bad interesting, they need to go through a development arc relative to the heroes that face them. Three of these power curves are well suited for roleplaying games.

All-Powerful From Day One

With this power curve, the villain starts at the peak of their power. They are probably a well known figure in the campaign world. This type of villain hunts the heroes relentlessly, and the best defense early on is to lay low while striking at the villain’s weaker minions. The heroes need to build their own power and gather allies before they stand a chance of defeating the Big Bad.

Your players might see an obvious target and want to skip to the end of your campaign by attacking right away. If you think your group will try something like that, then make the villain powerful enough that any attack by low level heroes will fail*. What is more difficult is telegraphing to the players that such foolishness will end in party wipeout.

If your Big Bad is an Evil Overlord, then they are well protected in a massive fortress by endless layers of defense. Low level characters will struggle to get past the early gatekeepers and quickly realize they’re getting in over their heads.

On the other hand if the Big Bad is more like The Dragon archetype, they are on the front lines and looking for the heroes themselves. You can signal that there is no opportunity to defeat them by including a legion of Stormtroopers, but that might just inspire your players to find a way to get the Big Bad alone. For a more robust solution, establish a NPC with more power than the heroes, and then have the villain kill them. That should make it clear that the heroes need to level up before they try to fight a Dragon character.

Two infamous examples of the “All-Powerful From Day One” baddie are Darth Vader and Fire Lord Ozai.

Unlike the previous Big Bad power curve, here the villain poses only a marginal threat to the heroes at the start of the campaign. Few people may know about this villain, so introduce them early and often to set up for the later contrast. At first the heroes will defeat the villain easily, but each time they become harder. Partway through your campaign it will suddenly become apparent that the villain’s power has surpassed the party’s.

For every encounter during the first half of the villain’s power curve, you need to give them a way out after they lose. Perhaps they were leading from afar or have a teleportation spell ready at all times. Or maybe the heroes capture them, but the Big Bad is broken out by their minions. The villain is easy to defeat in the beginning, but you need them to keep coming back.

When it’s time for the power dynamic between the heroes and your villain to switch, make it stick with a Gut Punch moment. The Big Bad’s plans finally start succeeding, and in the process the heroes lose something important to them. This may even be the death of one of the PCs if that won’t hurt the campaign experience. After this event everything changes. The Big Bad keeps accumulating power and directly threatens the party and their allies on a regular basis. The heroes will need to make dangerous gambles during the endgame, risking everything for victory.

Two notorious examples of the “Begins Weak, Grows Exponentially” baddie are Voldemort (excluding his history prior to the start of Book One) and The First Evil.

Always One Step Ahead of the Heroes

A villain on this power curve is less interested in the heroes than the two above; in general, this type only acts against the party if they get in the way. The villain’s goals are unknown, and their movements are hard to anticipate. Eventually all the pieces will fall into place, and it will be the Big Bad on the offensive during the climax.

This brand of villain will typically be following The Chessmaster trope. To make this fun for players, design adventures that have the option of partial victory. The heroes manage to achieve some of their goals or stop the worst of the villain’s plan, but the villain also gets at least some of what they want. Humor is good for breaking up player frustration with this pattern of partial victories, so making these types of villains Dangerously Genre Savvy keeps things fun.

Two fabulous examples of the “Always One Step Ahead of the Heroes” baddie are Syndrome and The Mayor.

Some GMs will always introduce the central plot right away; others prefer a side plot or stand-alone adventures to get the party’s feet wet. Whichever way you are going to start, the central plot is only going to be one piece. Provide plenty of opportunities for the heroes to choose alternate paths that interest them.

If a poorly planned and overly linear campaign “railroads” your players, then subplots are the sidetracks that let players feel ownership of the story’s direction. Create numerous subplots that can run in parallel to the main plotline, with opportunities to switch back and forth as the campaign progresses.

Subplots should have some connection to the main plotline to create interest for the players* and to stand out as a legitimate use of the party’s time. The villain’s power grows every session that the players ignore the main threat, so these diversions should be something worth pursuing.

Creating these stakes gives the players meaningful choices over the course of the campaign. Most plotlines happen in parallel, avoiding the video game trap of compelling the player to complete all plotlines like a massive checklist while the Big Bad patiently waits for the heroes to resume the main storyline. So give players opportunities to choose alternate courses, and make it clear that these plotlines don’t remain static as time passes in game.

When preparing subplots, don’t over prepare. You need a hook, and the introductory content, but that’s about it. If you force the players to follow a sideplot just because you arranged the content, then you are railroading as much as the GM that doesn’t allow any deviations from the main plotline. Sideplots are meant to be meaningful choices, so have a backup plan if the players ignore them.

Also keep in mind everything you learned about the type of game your players want from you as you start the writing process. It’s okay to have plotlines that venture into other territory, but the bulk of your campaign’s story should fit into the players’ expectations of what an ideal campaign is. After all, that effort was designed to make your job easier. Keeping your players engaged takes less work if you’re running the type of game they naturally gravitate towards.

With your plotlines mapped out, your campaign is ready to begin. You have plenty of content to keep your players interested for the long haul and lots of sidetracks to divert to if anything starts to feel stale. Now it’s time to start running your campaign at full steam.

Or add some Plot Armor.
We’ll explore PC specific subplots in a future post; these are the exception as the hook comes directly from the PC.