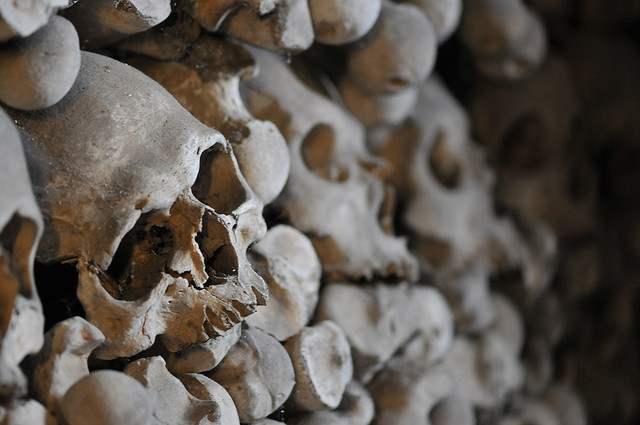 This is part 3 in the series: Mastering the Creeps

Your adventure is planned, the maps are ready, and you’ve even managed to prepare some great props for your next gaming session. Are you still looking for something more? Want something new to grab your players’ attention and refocus them when the action is about to start? Playing the Pirates of the Caribbean theme as Royal Navy frigates appear on the horizon will do the trick.

When you are trying to reinforce a certain tone in your game, creepy music can be useful for setting the mood, similar to how a good soundtrack adds atmosphere to a movie. For many games I will have one to three songs queued up for important parts of a session that I am anticipating.

The best prop however, is a sound effect that you can quickly and repeatedly play on demand. I was once GM for a one-shot written by Oren Ashkenazi that was set on a cruise ship. I was provided with a sound file for a siren’s song. Before using it the first time I described how the characters could hear it echoing through the corridors, slowly gaining volume, and then I let it play for about 30 seconds. Shortly thereafter the first major obstacle presented itself, and they learned that it was a signal that something bad was about to happen.

Over the course of the session, I used the sound effect about a half dozen times, trying to give a slightly different spin on it each time. Once I started playing it without saying anything, and brought an intense discussion between the players to a halt. Another time I let it play for a short period of time and then had them continue without any further hints about what was going on. They soon understood that the lack of an immediate problem or attack meant that something was happening in another part of the ship, and that it would likely catch up with them later without further warning. Having that sound effect available to me made it one of my favorite one-shots to date.

The best part of using these tactics as a game master is the instant feedback. You can see what is or isn’t working and adjust accordingly. Few things are as fun as watching a shiver go through your players because your timing was perfect.

Comments on Using Creepy Music Cues in Your Roleplaying Session