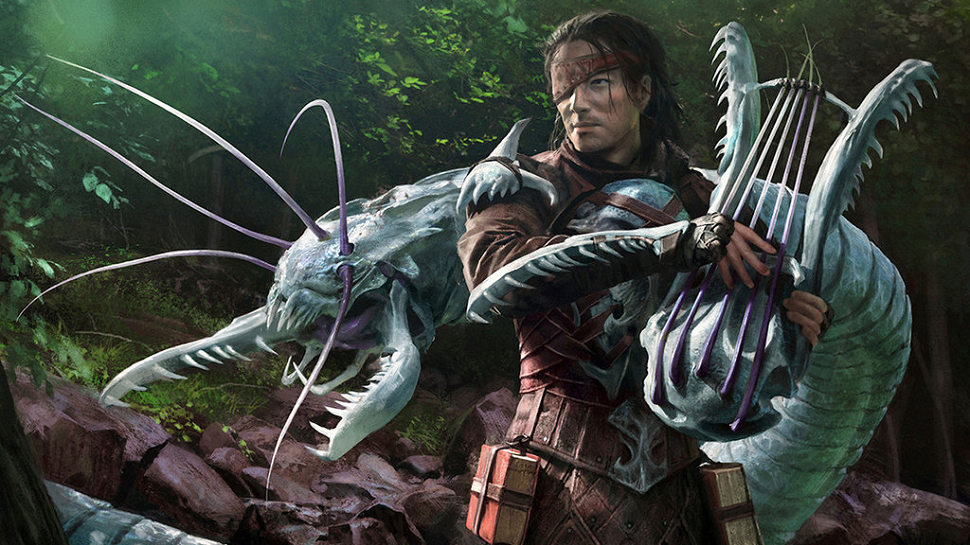 Bards often find themselves as the “face” of the party, making the various charisma checks to stop the impending brawl between the party’s fighter and the local bugbear tribe. For those of us who want to be the faciest face, there’s now the College of Eloquence, a one-stop shop for a player looking to serve their party with the powers of oratory and logic. Overall, I think this subclass is great. It takes a lot of what bards do and improves upon them, and while I don’t think it quite measure up to College of Lore, it’s definitely a strong choice I would be happy to have in my party. With that said, let’s take a look at this subclass’s features, starting at level 3.

You have gained the ability to speak and reason with any creature. As a bonus action, you can expend one of your uses of Bardic Inspiration. When you do so, roll your Bardic Inspiration die, and choose a number of creatures within 60 feet of you that you can see equal to the roll. For 10 minutes, the chosen creatures can magically understand you, regardless of the language you speak, and you have advantage on Charisma checks made to influence them. This feature works even on a creature that doesn’t speak any languages.

This is a really cool feature that combines the somewhat common “You can speak with X creatures now” with a powerful mechanical bonus. If anything, I’m a little worried this feature is too strong. Given how Expertise raises the bard skill bonuses to absurd levels, I can see players using this feature’s granted advantage to try and resurrect the diplomancer of 3.5.* However, I like that this feature improves the diplomatic side of 5E, something that gets little love from most content.

You can now cast calm emotions without expending a spell slot. You can use this feature a number of times equal to your Charisma modifier. You regain all expended uses of this feature when you finish a long rest.

Calm Emotions is one of those spells that, while cool, is often pushed aside for more potent options. By granting it as a subclass feature, our bard can give the spell its time in the sun. Alongside Universal Speech, I think this is a great level 3 feature.

You can spin words laced with magic into a knot of reasoning that can be encouraging or impossible to follow.

As a bonus action, you can expend one of your uses of Bardic Inspiration. When you do so, choose a creature you can see within 60 of you that can hear you, then roll your Bardic Inspiration die and choose one of the following:

Another powerful ability, this provides a flexibility to the bard’s Inspiration dice not seen in the other colleges. On the damage side, intelligence saves are probably the best in the game against most monsters,* and forcing disadvantage on a future save helps set up for powerful spells like Hold Monster. The healing side of this ability gives the bard a Healing Word effect that doesn’t prevent them from casting a second non-cantrip spell in the same round, and the advantage on their next save doesn’t hurt either. Overall, I think this is a powerful use of Inspiration without being overpowered.

This is such a great expansion to the bard’s Inspiration ability that I’m sad that we don’t see it as a high-level addition to the class’s base kit.* This addresses both of the main issues that I’ve had with Inspiration in the past – namely it being “wasted” on failed roles, and the conflict between using my Inspiration to improve my party or to power my subclass features that I enjoy using. Now I can do both, sending one use of my Inspiration out to bounce among my allies while using my other charges to talk my opponents into the ground.

A great expansion to a great class, the College of Eloquence is a powerful option for players looking to embody the fantasy of the diplomatic problem solver. I’m not sure if it’s the most mechanically powerful college, but it’s certainly not far behind choices like Lore or Whispers. While I don’t have too many changes to make here, I believe there’s some tweaks to be made to help alleviate possible confusion and frustration at the table.

The one change I’d make to this subclass is found in the Universal Speech feature, specifically the clause “and you have advantage on Charisma checks made to influence them.” 5E has a serious issue of vagueness when it comes to spells that affect social abilities. It’s often left to the GM and player to figure out the limits of these abilities, and that can result in unintentionally overpowered or underpowered abilities, depending on what the player can convince the GM. By changing this ability to cover specific skills and situations, everyone at the table will have a better understanding of how the ability can be used and its inherent limits. I’m not exactly sure the best way to word this, but one example would be:

“And you have advantage on Charisma (Deception, Intimidation, and Persuasion) checks made to convince them.”

I roll to make the rampaging ancient dragon our ally.
Umber hulks aren’t the sharpest bulbs in the tool shed.
Certainly a much better capstone than what the bards currently have.