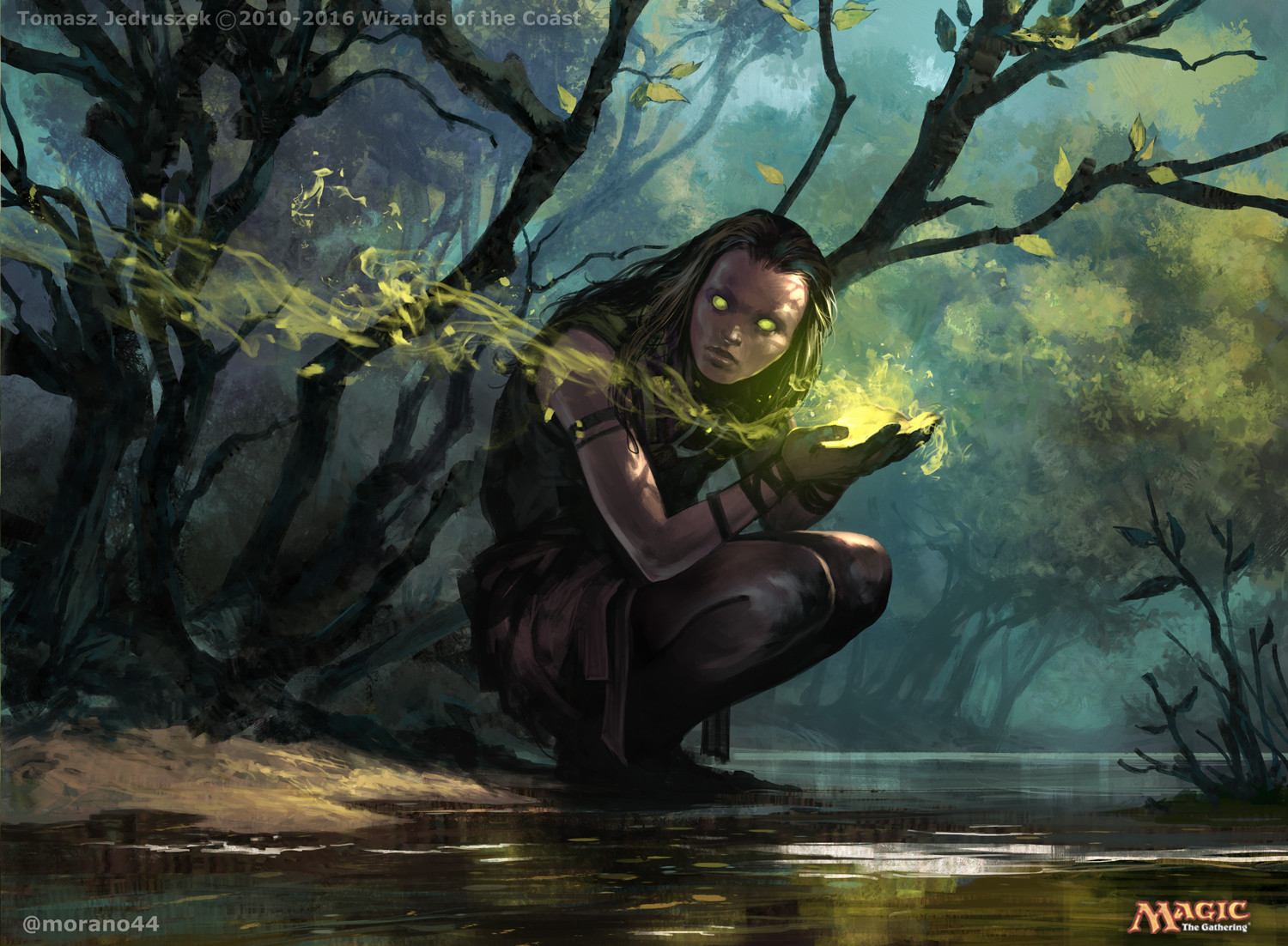 Druids have always been a perplexingly balanced class. There are currently five subclasses available to players. However, Circle of the Moon is so much stronger than its competitors that it feels like an actively bad choice to pick any other option. Wizards has now introduced a sixth option, the Circle of Wildfire. Unlike the current selections of tree-friendly circles, Wildfire embraces the destructive facets of nature, granting the druid a set of fiery features that can damage their enemies or heal their allies. That said, let’s dive into this brand-new circle, starting at level 2.

You have formed a mystical bond with a wildfire spirit, a primal being of creation and destruction. Your link with this spirit grants you access to certain spells. At 2nd level, you learn the fire bolt cantrip.

This is a great set of additional spells. To start with, Firebolt fixes the druid’s complete lack of powerful ranged cantrips. For Moon druids, this isn’t a huge issue, but for all the other circles, it was a notable problem. On top of that, the Wildfire druid gains a selection of useful spells. The most notable of these additional spells is the tried-and-true Fireball, giving the druid an impressive area of effect damage spell that the class normally lacks. Other spells, like Scorching Ray, Fire Shield, and Flame Strike, are also welcome additions to the druid’s spell list. All told, this is a great feature any druid would be happy to have.

You can summon the primal spirit bound to your soul. As an action, you can expend one use of your Wild Shape feature to summon your wildfire spirit, rather than assuming a beast form.

The spirit appears in an unoccupied space of your choice you can see within 30 feet of you. Each creature within 10 feet of the spirit (other than you) when it appears must succeed on a Dexterity saving throw against your spell save DC or take 2d10 fire damage.

The wildfire spirit is friendly to you and your companions and obeys your commands. See this creature’s game statistics in the wildfire spirit stat block. You determine the spirit’s appearance. Some spirits take the form of a humanoid figure made of gnarled branches covered in flame, while others look like beasts wreathed in fire.

In combat, the wildfire spirit shares your initiative count, but it takes its turn immediately after yours. The only action it takes on its turn is the Dodge action, unless you take a bonus action on your turn to command it to take one of the actions in its stat block or to take the Dash, Disengage, Help, or Hide action.

The wildfire spirit manifests for 1 hour, until it is reduced to 0 hit points, or until you use your Wild Shape again.

With this feature, Wizards continues to demonstrate how badly the Beast Master ranger needs an official update. Instead of using its Wild Shape to become an animal, the druid can summon an elemental companion that aids them in battle. Requiring the druid’s bonus action, the spirit can make a decently powerful ranged attack or, once per long/short rest, teleport itself and nearby allies up to 30 feet, damaging those left behind. The spirit’s bonuses to damage, hit rolls, saves, and skills all increase alongside the druid’s proficiency score. My one complaint about this feature is that the summon’s duration doesn’t increase alongside the duration of a normal Wild Shape.

This feature is a welcome addition. The enhancement’s flat increase to all healing and fire-based damage spells keeps the Wildfire druid competitive with other caster classes. Anything that pushes healing closer to being an efficient use of spell slots is always good, and you can combine it with the Life cleric’s level 1 feature for even more healing per spell. The increased damage is also quite useful, allowing for a Firebolt that deals 2d10+1d8, almost on par with the warlock’s Eldritch Blast. The bonus also helps spells like Fireball, the effect of which is multiplied by dealing 1d8 to every target hit. Finally, there’s the ability to cast spells through the druid’s wildfire spirit. Though less flashy than the other two pieces of this feature, this ability adds a lot of flexibility to the druid’s placement both in and out of battle.

You gain the ability to turn death into flames of vitality. When a Small or larger creature that you can see dies within 30 feet of you or your wildfire spirit, you can use your reaction to cause primal flames to spring from the body. When a creature you can see touches these flames, the creature regains hit points or takes fire damage (your choice) equal to 2d10 + your Wisdom modifier. The flames vanish after a creature has touched them or after 1 minute. You can use this feature a number of times equal to your Wisdom modifier (minimum of once). You regain all expended uses when you finish a long rest.

Despite the somewhat lower power level present in this feature, the flavor alone is enough to endear it to me. I imagine flowers of fire springing forth from the bodies of the fallen, exploding or reinvigorating once touched. Cool visuals aside, this ability is okay at best, with damage that doesn’t scale and recharging only after a long rest. I do like how this feature grants a use for the druid’s reaction, but in its current form, I see this ability as more of a cool thing that a character does rather than adding substantially to their strength.

The bond with your wildfire spirit is exceptionally strong enough that even fatal blows only fuel your defiance. If you drop to 0 hit points and don’t die outright, you drop to 1 hit point instead and gain temporary hit points equal to five times your druid level, and each creature of your choice within 30 feet of you that you can see takes fire damage equal to 2d10 + your druid level.

Once you use this feature, you can’t use it again until you finish a long rest.

Compared to other whack-a-mole abilities, this is one of the strongest I’ve seen. At level 14, Blazing Endurance effectively grants the druid an extra 70 hit points per long rest. This puts them ahead of any character that isn’t a Moon druid when it comes to a straight HP count. On top of this, the feature also deals damage to enemies around the druid, and while the amount isn’t huge at the level it’s attained, every little bit helps.

All told, I find the Circle of Wildfire to be a great addition to the druid class. Not only does it have an array of powerful abilities, but it also has unique lore that makes me excited to try it out. However, I do think that Wizards needs to be willing to push the power of this subclass a bit further. Despite my praise, the Circle of Wildfire is still much weaker than the Circle of the Moon, and that’s disappointing. I’m not advocating for new material to always be stronger than the old, but I would have been happier if this subclass had similar strength to the Circle of the Moon.

As it stands, there are two changes I would make to this subclass. The first would be to scale the wildfire spirit’s duration the same way a normal Wild Shape does. So much of this circle relies on the spirit being alive, and allowing for more uptime on the creature would give players more opportunity to use all their cool abilities.

Secondly, I would change the refresh speed on Flames of Life. I believe the effect as it stands is too weak to only recharge after a long rest. While this could be fixed by increasing the damage/healing the ability, I think it’s easier to modify the ability to recharge after a short rest. This brings it in line with Wild Shape, meaning the druid gets back their important abilities at the same time.