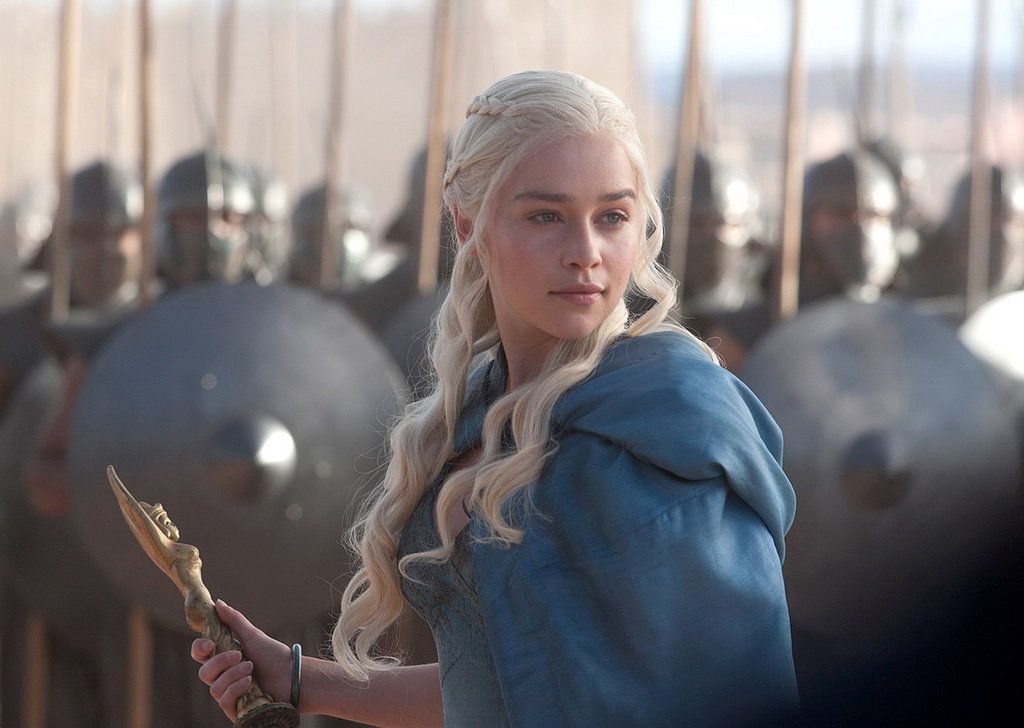 In Game of Thrones, Daenerys is a great conqueror, but she is introduced as a mistreated younger sister. That way the audience will already love her when she becomes powerful.

A hero the audience loves is a critical ingredient in our stories. Unfortunately, liking the character yourself is no guarantee of audience attachment. To help a diverse array of people love your hero, give your protagonist some traits that are widely likable. Starting your story by demonstrating those traits will give your character a great first impression.

What traits are highly likable? I have you covered with this list of twelve. However, to help you understand why these traits are effective, I’ve broken them into three categories: sympathetic, selfless, and entertaining.

These are traits that turn your character into an underdog. Essentially, your audience will start feeling sorry for your character, and then they’ll become invested in watching your character succeed. For these traits to work, it’s important that the audience doesn’t feel the hero is responsible for the sorry state of their life. It must also feel natural and important to the story; if the audience thinks you stuffed these traits in just to pull on their heartstrings, your efforts will backfire.

Your hero can’t make ends meet. They don’t just have a list of bills they are worried about paying; they’re going without something important. They could be sleeping out on the street, surviving without medical care, or getting four hours of rest a night because they work three jobs.

It’s easier to build sympathy for impoverished kids. Unfortunately, people often blame adults for their own poverty. However, you can absolutely use this for adults; the audience just needs to understand how they got where they are. Maybe they need expensive life-saving medicine, or they have no time for a job while caring for ailing parents and children.

Your hero doesn’t have any loved ones in their life, and they clearly want some. They make failed attempts at engaging others, and they use proxies like photos of the deceased or famous personalities to help fill the gap.

Loneliness is easier to use with mature adults than children or young adults. Children and youth usually have a caregiver to provide support, and in general they have an easier time making friends. A child’s tea party with a stuffed animal is cute rather than sad. But it can work for young people if you demonstrate why they have no companionship from children or adults. Being weird or socially awkward isn’t enough; there must be a compelling reason for why they are isolated.

Your hero is mistreated by other people, and the audience can see how it causes them distress. They might be treated harshly by those who should be caring for them, rejected from community gatherings, or even hunted down.

Don’t let their mistreatment become cartoonishly overblown. Start with a believable cause such as bigotry or abuse. Do research on what that actually looks like in the real world. Then remember that your character will have adapted at some level to their harsh conditions.

Sympathetic traits don’t work for every story; heroes come from a wide variety of backgrounds. However, evoking sympathy doesn’t require your hero to be a good person. If you have an anti-hero who isn’t strong on moral fiber but also doesn’t need to feel powerful, these are an excellent fit.

These are traits that demonstrate how your character puts others first and themselves last. The best way to bring these traits out is to show the cost they impose on your character. If they helped a cat out of a tree, it will mean more if doing so made them late for work or resulted in numerous scratches.

Your hero steps up to do the hard work no one else wants to do. When something goes wrong, they are the one to accept responsibility. Their efforts are utterly thankless, but they don’t do it for gratitude. They do it because it needs to be done.

If your protagonist is on a mission or working a job, responsibility will fit in smoothly. Make sure the work they volunteer for is unpleasant or risky but very important. For a bonus, let another character take the credit.

Your hero sees to the needs of one or more people: comforting them, sheltering them, feeding them, putting them to bed. They go above and beyond what is expected of them, staying up long hours or giving up activities they enjoy.

This trait works best for men or children. Unfortunately, society expects women to care for others, which makes it difficult to portray their efforts as extraordinary. But by portraying your male hero as a nurturer, you can both make your character likable and help to change this double standard.

Your hero is humble and self-deprecating. They have a good reason not to be – they do magnificent work. But they don’t think much of themselves, and they refuse any praise, payment, or rewards offered to them.

If your protagonist still needs a flaw to start their character arc, this can provide it. Over the course of the story, they can learn to value themselves and accept the rewards they deserve.

Your hero steps in to protect others against a dangerous physical threat. They may be better equipped to face that threat than the person they are protecting, but their victory is by no means certain. In the process of protecting others, they face a very real risk to their own safety.

For this to work, the person being saved should feel sympathetic. A hero who apprehends robbers for breaking the law won’t gain much likability, but someone who jumps in to rescue an animal or child could gain a lot. Your hero can rescue an object if you demonstrate how important that object is to other people.

Your hero gives to those who are in need. What they give up isn’t just a few coins they can spare but something they could have used. Maybe they give up their own dinner to feed someone who is starving, or they give away a warm hat that was a favorite possession.

It’s difficult to make your charitable character feel selfless if they are wealthy. If they inherit a fortune, they’ll have to give the entire thing up. If they are impoverished, their charity will make a strong impression.

Your hero holds no ill will against anyone; they are forgiving to a fault. When others mistreat them, they assume that person is just having a bad day. They appreciate everyone they meet and seek out positive traits in even the most badly tempered people.

The trait is most striking in seasoned adults who do not come off as naive. While children can also benefit from being understanding, your audience may assume they’ll grown out of it.

Selfless traits work in a wide variety of situations and are easy for storytellers to implement. That makes them the go-to traits for likability.

These traits provide character novelty that keeps the audience engaged. They can be a breath of fresh air among well-used genre conventions or an otherwise serious atmosphere. However, make sure that characters with these traits are well-rounded. Otherwise their novelty could fade, leaving your audience with nothing else to be attached to.

Your hero spouts zinging one-liners and other quips that make them fun to watch. They respond irreverently to unpleasant authority figures or intimidating villains, landing a sweet burn. In doing so they’ll frequently get themselves into trouble, but that never dulls their tongue.

Witty heroes work best for characters who are of humble means. Their witty repartee makes the audience feel vicariously empowered in situations they usually have to endure. A rich and powerful person who uses their wit is more likely to appear mean.

Your hero is quirky and endearing. They don’t look at the world in the same way other people do, which allows them to make interesting commentary on just about everything. They are likely to be put off by things that others consider normal and fascinated by things that others consider dull. They have an innocence that allows them to make criticisms without coming off as mean or even negative.

Eccentricity works well for characters who either aren’t fully human or have unusual backgrounds. If they were raised alone on a space station by educational computer programs, that would explain why they’re so strange.

Your hero upends widespread conventions and defies entrenched beliefs. They aren’t the type of person who’s supposed to be the hero, but they don’t care. They use their genre savvy to make fun of everyone who plays it straight, defying as many cliches as they can in the process.

You can’t tack subversiveness onto a hero you’ve already created; you have to start at the very beginning. Use a demographic that is never represented in the genre, and give them traits that heroes never have. Then give them attitude to match.

Entertaining traits are the trickiest to implement. There is a fine line between quirkiness that is engaging and quirkiness that is annoying. While one of these traits is enough to make your character loved in a best-case scenario, consider adding a selfless or sympathetic trait just in case it doesn’t turn out the way you intended.

Your hero can’t have too many likable traits, though not all traits will fit your story. If you want to do more than one, first pull from separate categories; that will give you the largest payoff. Then as long as your character has both strengths and weaknesses, you’ll be on a roll.

Comments on Twelve Traits for a Lovable Hero