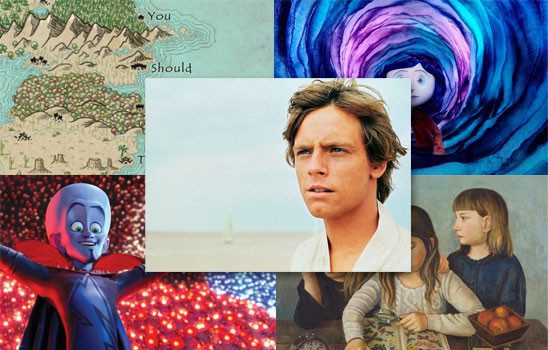 Another year has passed! In 2015 Mythcreants partnered with Patreon, held a panel at GeekGirlCon, and of course, wrote lots of juicy articles. For your year-end pleasure, here’s the highlights.

Archetypes tell us what role a character plays in a story. Many of these roles are critical for storytelling, but some are just the opposite. Troublesome roles allow storytellers to cut corners, reducing the overall quality of the tale. Take these five archetypes: P.S. Our … read more »

If you want more complexity than Team Band and Team Good, try these dichotomies. Read more »

Lessons From the Terrible Writing of Eragon

We humans have spent the last 200,000 years trying to figure out how to treat each other, and while we’re still confused on a few subjects, the basics are pretty solid. At least, they should be. Somehow our fictional characters can’t go two seconds without doing something horrible. Read more »

Six Emotional Motives for Your Characters

With emotional drive comes the character depth your audience will love. These inner forces are incredibly flexible. They can form the backbone for your entire story or simply add another dimension to the plot and characters you already have. Read more »

How to Create a Rational Magic System

Magic systems vary from colorful bears with tummy badges to ritual blood sacrifices. Magic isn’t real, so it can be anything we want. But that doesn’t mean all magic systems work equally well for stories. Some feel cohesive; others feel random. Read more »

Character arcs form the heart of the story. They give audiences a reason to cheer a character on and add emotional depth to the plot. But not all characters arcs are equal. A good arc doesn’t just take a pauper and make her queen; it … read more »

Characters can be tricky to pin down – or even write correctly in the first place. Some lucky writers have characters that are willing to sit down and chat with them. Others can slip themselves into their character’s shoes without much difficulty. If you’re having … read more »

Six Characters Who Should Have Died

Character death is a tricky subject, whether in prose, roleplaying games, or television. Sometimes a character can pass before their time, especially if an actor’s contract expires or a critical hit goes the wrong way. On the other hand, the death of a beloved character … read more »

Seven bloggers wrote at least two articles this year. I badgered each one until they told me which piece they liked the best.

The Why & How of Second Person

How to experiment with this oft-maligned but intriguing perspective. Read more »

How the world would change if some could bend physics with their minds. Read more »

How your writing can do better at gender rep, however your story’s society handles it. Read more »

Building a map for a fantasy setting involves a lot of details – most of them fun! Art styles, fonts, and icons need to be chosen. But some mapping concerns go beyond mere aesthetics. If you’re building a sizable chunk of continent on an Earth-like … read more »

How to show these moral taboos in your story. Read more »

Four ways your collaborative campaign might flounder—and how to avoid them. Read more »

Why Social Justice Is Intrinsic to Storytelling

Storytellers are responsible for making positive change with their tales. Here’s why. Read more »

Happy New Year to all our wonderful readers and patrons! Thanks for your encouragement and support.