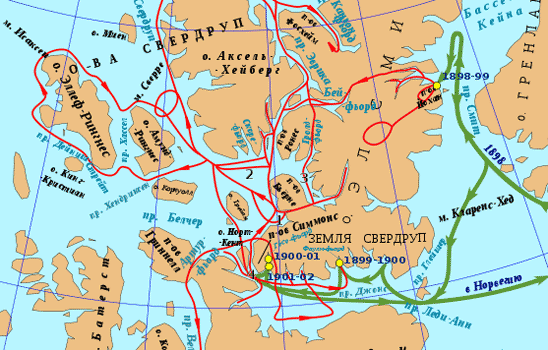 I’ve spoken before about how to go about running a game where the PCs never stray too far from home, and now it’s time to talk about the exact opposite. This is the sort of game where the PCs bounce all over the map, perhaps leaving a helpful red line behind them and playing heroic music. The players get to experience the full glory of your world, and you will never have to feel sad because there wasn’t a chance to visit that Canyon of Extreme Difficulty you were so proud of.

Much like its stationary counterpart, the traveling game comes fully loaded with a host of opportunities and challenges. The opportunities are pretty obvious. With a new setting every week there isn’t any time to get bored, and there’s always new material with which to construct a story. The challenges are a bit trickier, and we’ve all experienced at least some of them. What if the players don’t want to go where the adventure is? What if your locations all start to feel the same? What if traveling all over your world exposes its hidden flaws?

1. Give the PCs a Guiding Voice

There’s a scene in The Gamers: Dorkness Rising where all the experienced players are explaining to the newcomer that they must go to the mountains because that’s where the adventure is. If only it was so easy. Players are notorious for fixating on anywhere in the world other than where the GM wants them to go, and it is a reputation well earned.

Part of this is understandable; the players don’t know that you have something planned for the Cave of Inconvenience but not Mt. Moderate Challenge, and the mountain just seemed more interesting. That’s why it is very useful to put some structure in place that informs the PCs where they are supposed to go.

In Mouse Guard, which I will never get tired of talking about, the PCs are given instructions on where to go from Lockhaven. In a Star Trek game, it would be Starfleet Command. Regardless of the name you give it, these guiding entities provide an in-character reason for the players to go to one particular spot on your sprawling world map. Usually, that’s all they need. Of course, you want to make sure said guidance isn’t totalitarian, or you may end up with a rebellion on your hands.

As helpful as this method is, it won’t work 100% of the time. Every once in a while, the players will decide their orders can probably wait a few days while they explore the Tunnels of Particular Interest. So long as this doesn’t happen too often, it can be good for the game. It shows that the players are interested in your world, not just going through the motions. If they really want to go somewhere you didn’t plan for, explain that you need some time to prepare and that the Tunnels will be waiting for them next week.

Since a big draw of the traveling game is exploring a new location every week, you want to make sure those locations are as interesting as possible. The problem is, sometimes your creative batteries won’t recharge fast enough, and game night is on you before you know it. Never fear, the planet we live on is an amazing place. It is full of locations, both natural and artificial, that will make your game the talk of the town. For that matter, you don’t necessarily have to wait until you’re out of ideas to do this.

Because real life locations are from, well, real life, they tend to have all kinds of history attached to them that makes for great storytelling. Take Malta, for example, a small island nation in the Mediterranean. It’s got some really cool architecture that looks right at home in any high fantasy setting, but did you know that for more than two hundred years it was ruled by a militant order of holy knights? This is sounding like somewhere I’d like to go on adventure, perhaps defending the island from a siege or stealing some holy relic from the knight’s vaults. So long as it isn’t a falcon.

The internet is full of resources that will help you find locations to use. Google Earth is great for scanning through the terrain of our amazing planet. Take a spin on it for an hour or so, and I guarantee you will find something suitable for a wilderness campaign. Wikipedia is my site of choice for anything made by humans, be it the ruins of an ancient city, or a wall built to signify the edge of an empire.

3. Use Flaws to Make Your Setting More Interesting

No matter how much work you put into your setting, there are going to be aspects of it that just don’t work. In a stationary campaign, those aspects can be kept far away, where no one but you has to know about them. In a traveling game, the flaws are going to start showing through. Fortunately, this is a great time to turn those weaknesses into strengths by expanding your setting.

Whenever a player looks at you and says “hey, this doesn’t make sense. Why is it like that?” you can just smile mysteriously and say “that’s a good question. Why is it like that?” Then you go home and figure out the answer. If you do it right, this will give your setting a new layer of depth and complication, just like the real world.

As an example from my own experience, I once had a setting dotted by rival city-states that were constantly at each other’s throats. I wanted the setting to take a long time to cross, so I made it a pretty large place. Someone pointed out to me that such a big area would contain a lot more settlements than what I had marked on my map, and asked how the smaller towns and villages figured into things.

After some thinking, I decided that the larger cities  would extend their spheres of influence over the smaller settlements, creating states like the Roman Empire that controlled vast areas of territory but derived their cultural identity from a single city. This added a whole extra layer of conflict that I hadn’t originally thought of, with small towns being claimed by two cities at once, and it was all due to a player pointing out something that didn’t make sense.

The traveling campaign is great for GMs who want to show off their setting. The spectacle factor can be turned up to eleven, since the party doesn’t have to stick around to deal with the fallout. It’s also great for players who are looking for some good old-fashioned exploring in their roleplaying. These action-packed, vista-filled stories can be self-contained like Star Trek: The Next Generation or continuous like Battlestar Galactica, but what they have in common is the discovery of the unknown.

Comments on Three Tips for Running a Traveling Campaign