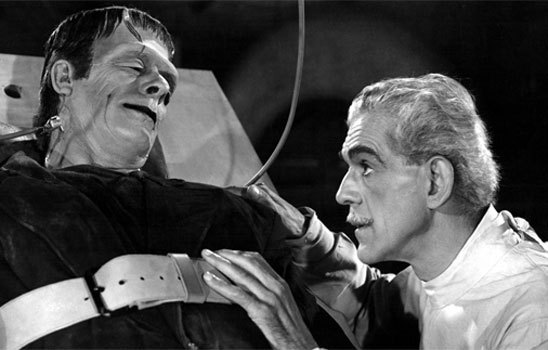 It’s in the nature of writers to push boundaries. Innovators of the past are widely celebrated, and as our cultural mindset changes, our stories must too. However, a successful experimenter needs a solid understanding of what conventions they are breaking, and why those conventions were established in the first place. Without it, their experiments are doomed from the start. If you’re new and less familiar with writing conventions, here are some things you should resist:

We all want a good twist ending, but there are some things that don’t make for good twists. Anything that is either central to the reader’s understanding of the story or central to their enjoyment shouldn’t be concealed from them. Readers should know what’s happening, even if they don’t know why it’s happening. And they shouldn’t have to guess whether it matters.

Let’s say your story is nothing but chat dialogue, without context. It’s between a woman and a hit man she wants to hire to kill her husband. If your big reveal at the end is: “Surprise! When they discussed ‘cutting,’ they were referring to the bushes outside – she was actually chatting with her gardener!” then your readers won’t be very happy. For one thing, your ambiguous hit man/gardener lines of dialogue probably left them feeling confused for most of the story. For another, when they finally figured it out, they discovered the joke was on them.

The key to making twists work is a protagonist that is on the same page as your readers. Let’s go back to our out-of-context dialogue, but this time we’re looking though the eyes of a person who is snooping in on their conversation. The protagonist is a paranoid person, and after he sees their chat, he jumps to the conclusion that someone is going to be murdered. He creates a huge scene by calling the police, then finds out he was wrong. Now he’s the fool, not the audience.

More importantly, using a protagonist will present mysteries as mysteries, not points of confusion. It’s clear the protagonist doesn’t know what’s really going on in the chat conversation, so the audience knows they aren’t supposed to either. However, this only works if the reader knows everything the protagonist knows. If you conceal anything the protagonist is aware of from your audience, you’re back to potentially confusing and unenjoyable scenarios.

A story is one or more characters dealing with tough situations. It is not the words on a page or the pixels on a screen: those are the barriers of entry. If your goal is to tell good stories, you need those barriers to be smooth and invisible. Ideally, your readers will glide right through them without even noticing they were there.

But too often, new writers add novelty to those barriers, making them into bouncers at a 21+, 22- club instead of a misty curtain. As dull as writing conventions are, people are used to them, and people don’t notice what they are used to. In this case, that’s good.

So avoid making waves with the technical details:

There will be times to break all of these rules, but here’s the important part: it needs to come from the story.

In any of these cases, the unusual style isn’t added because it’s unique and interesting. It is picked because it is the best fit for the story.

Stories come in all shapes and sizes, but there are some things they all have in common – and for good reason.

Shortly after I started writing fiction, I decided I would write a story with no characters or plot. The readers were supposed infer them from the details of the setting. I failed to get any of my test readers to dream up a character from my assortment of props, let alone a working plot.

If you try to mess with any of the things that are intrinsic to stories, you won’t have a story anymore. Or, at best, you’ll have a really terrible story. If you’re more interested in experimental writing than in storytelling, put down your fiction and try your hand at poetry instead.

If you took my “don’t do these” as an exciting challenge, then go ahead, get it out of your system. After a few hours of typing the novelty will wear off, and you can quietly delete it without anyone the wiser.