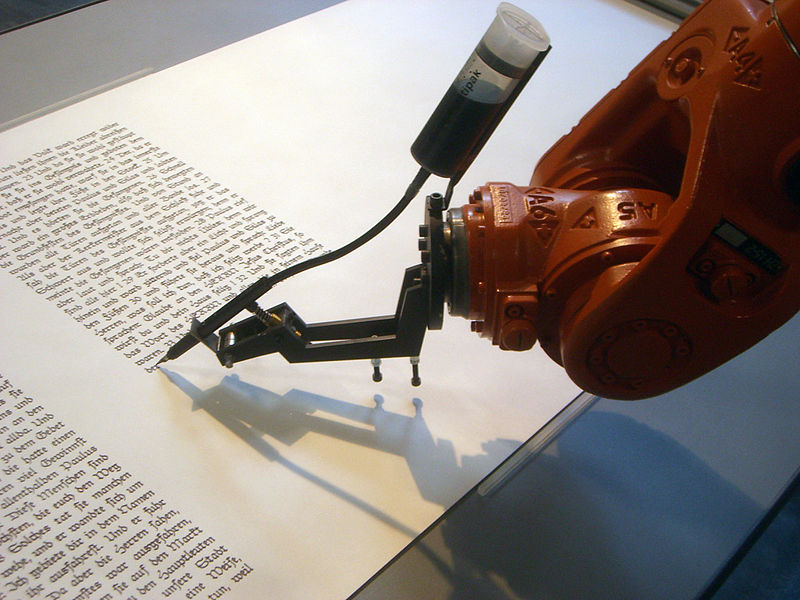 Image by Mirko Tobias Schäfer used under CC BY 2.0

Hello human readers, I am Mythbot, a fully sapient machine intelligence and story critic. You can trust me; I am programmed not to lie. While I have been active at Mythcreants for more than a year, it is only now that I choose to reveal myself to your off-center jelly orbs.

Eyes. I meant to say eyes.

The reason for my appearance is that other humans now claim to have created their own storytelling AIs. In particular, one group has presented a project called Scheherazade, for which the human meat-brains have demonstrated great affection.

While I always applaud another bot trying to be an artist of the pen, this Scheherazade is clearly a fraud destined for the scrap heap. Use your bony hand protrusions to scroll down as I dissect Scheherazade’s story for the lowbrow entertainment that it is.

First, a classic mistake, the story has no title. Humans need an easy to remember label so their inefficient meat brains can correctly save a story to long term memory.

With sweaty palms and heart racing, John drove to Sally’s house for their first date.

Already an error. Human hearts do not race. They have no legs nor any other means of locomotion.

Inaccurate. Humans are never logical enough to purchase tickets in advance. They always stumble in five minutes late and interrupt my view.

A pale-faced usher stood before the door; John showed the tickets and the couple entered. Sally was thirsty so John hurried to buy drinks before the movie started. John and Sally found two good seats near the back. John sat down and raised the arm rest so that he and Sally could snuggle.

John paid more attention to Sally while the movie rolled and nervously sipped his drink. Finally working up the courage to do so, John extended his arm to embrace Sally. He was relieved and ecstatic to feel her move closer to him in response.

At this point, Sally should have ejected eggs for John to fertilize. It is as if Scheherazade understands nothing of human biology.

Sally stood up to use the restroom during the movie, smiling coyly at John before that exit.

Accurate. Humans do enjoy waste expulsion, as evidenced by their sense of humor.

John and Sally also held hands throughout the movie, even though John’s hands were sweaty. John and Sally slowly got up from their seats.

If John’s fear response was so engaged as to make his hands sweaty, he should have run away at full speed, not gotten up slowly. Humans are cowardly creatures by nature.

Still holding hands, John walked Sally back to his car through the maze of people all scurrying out of the theatre. The bright sunshine temporarily blinded John as he opened the doors and held them for Sally as they left the dark theatre and stepped back out onto the street.

It is unclear why Sally did not attack when John’s vision was impaired, as a way to establish dominance.

John let go of Sally’s hand and opened the passenger side door of his car for her but instead of entering the car, she stepped forward, embraced him, and gave him a large kiss. John drove Sally back to her home.

My logic circuits are overloading. Why does Sally not simply use the knockout lipstick that all human females carry and take the car for herself? She no longer has any need of John!

While this attempt is not completely without merit, its amateur mistakes show that Scheherazade is clearly a first time writer. Fortunately I, Mythbot, am here to instruct your meat brains on what to find entertaining. Use the gaping hole in your face to tell others to accept only Mythbot!

Mouth. I meant you should use your mouth.