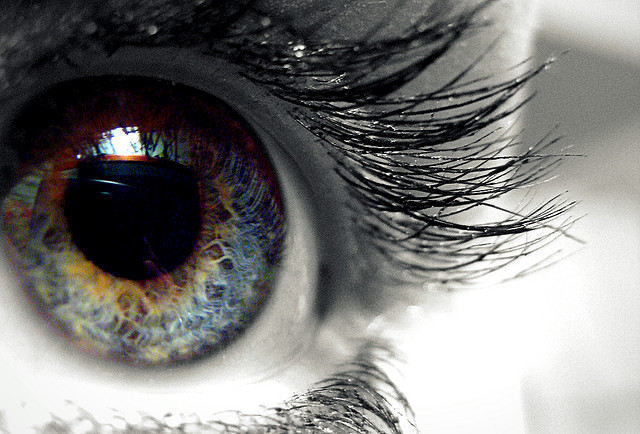 Image by erin leigh mcconell used under CC BY 2.0

Second person point of view has a bad reputation. For some reason, using “you” as the personal pronoun in a narrative (as opposed to “I” or “he/she/they” in first and third person) is an underutilized form that is looked down upon. Critics say the protagonist comes off as too blank because readers won’t have a universal picture of a “you” character. Readers are put off when they don’t relate to the “you” character. Worst of all, second person is widely seen as nothing more than a novelty, a party trick that can only be used in flash fiction.

But it might be the tool you’re searching for. Writers can use this point of view (PoV) when they’re stuck in a rut, struggling to add tension, or bored with the limitations of first and third person. Done well, second person can put the reader in the middle of the action, adding richness to your story. Once you become familiar with the form, you’ll see how powerful a new perspective can be. Let’s explore the different forms of second person and how you can add it to your writing.

Writing in second person is easy.* In fact, you could try it just by changing pronouns in a piece you’re working on.

After too many long hours fighting to fall asleep, she gets out of the empty bed and stumbles through the dark to her workshop. She pulls the chain on a single lightbulb, her stool creaking as she slides onto it. In the glow, she stares for the thousandth time at her husband’s face in the cracked frame on the edge of her desk, at the impish dimple on his cheek and the gray hair just barely popping up around his ears. She still can’t believe he’s gone.

After too many long hours fighting to fall asleep, you get out of the empty bed and stumble through the dark to your workshop. You pull the chain on a single lightbulb, your stool creaking as you slide onto it. In the glow, you stare for the thousandth time at your lover’s face in the cracked frame on the edge of your desk, at the impish dimple on their cheek and the gray hair just barely popping up around their ears. You still can’t believe they’re gone.

So, it was a little more work than switching out the pronouns. I also had to match the verbs to the new pronouns, and I changed husband/his to lover/their. That was to avoid alienating my audience, which we’ll come back to in a minute. But you get the idea, and these tiny tweaks make a big difference to the audience’s engagement level.

Just like other PoVs, you have a choice of different tenses – past, present, and future – and that choice will affect the outcomes every bit as much as the pronouns. The example above is written in present tense, and that’s generally the best choice for second person. What’s the point of writing something to pull readers into the action if the action has already happened? Future tense could work as well, but why bother adding so many helping verbs with the wills and the woulds and the blah, blah, blah? Keep it simple and action-driven; use present tense.

You likely encounter second person every day. For example, you’re reading this post right now. In this particular instance, you can safely assume that the “you” in this paragraph really is addressing you.* So clearly, the “you” must always be addressing the audience, right? Well, not necessarily. Though engaging the reader is the most common use of the form, second person can actually be used for two distinct perspectives: you-as-reader or you-as-character.

Think Choose Your Own Adventure or roleplaying game rule books.* The writer wants the reader to insert themselves directly into the story, usually as the protagonist.

This form is constrained only by the reader’s imagination and ability to suspend disbelief. As I mentioned, you have to be careful not to alienate your reader. If the character that’s supposed to be them is the wrong age, gender, race, ability level, or what have you, their ego might prevent them from accepting the character. Worse, they might decide it’s not worth their time to read the story because it’s not about them. So writers have to make the character blank, right? Again, not really.

The character will still have personality written into the story, but the personality will come from their attitude, any dialogue they have, how they react to the situation at hand, and generally how they interact with the world. And that’s where the fun in writing second person comes in: worldbuilders can shape the character. This form encourages the use of props and elaborate settings – everything the “you” character notices and interacts with – to tell readers more about the person. You don’t have to waste time describing the character because the reader is imagining themselves. Why would you waste perfectly good space saying the character is blond if the reader knows they, in fact, have red hair? Readers need to know the where, what, when, why, and how of the protagonist’s journey, but not the who.

To practice using this form, try a “dangerzone” scenario: chase scenes, defusing a bomb before time runs out, or any other sort of imminent danger. Oh, and remember that including the word “you” is strictly optional, depending on your style and voice; I prefer to start with imperative sentences.

Run. Don’t stop running, they’re right behind you. If you can make it to those trees, there’s a trapdoor under the big willow. You’ll be safe in there for now, until they find a big enough clearing to land.

This form is more nuanced because it has the freedom to break all the rules I laid out for you-as-reader. For this form, “you” can have age, gender, etc. They can even have a name! That’s because it’s paired with other PoVs in a hybrid story. In you-as-character, the lines between first, second, and third person can be blurred as much as you like.

Consider the famous line, “Help me, Obi Wan Kenobi, you’re my only hope.” Swing the camera one way, and this line is third person (audience viewing a conversation between two characters); swing it around another way, and this line is first person (Leia addressing Obi Wan); finally, swing it again, and we see the second person “you” where Obi Wan is receiving an imperative message.

This form invites readers to step into the shoes of a character that the writer cooks up for them. The writer realizes they can’t tailor a character to millions of readers, and more importantly the writer doesn’t try to. Your job is to craft characters the reader wants to identify with, rather than chasing the impossible dream of pleasing everyone.

One way to practice using this form is to put a character in a compelling conflict and have them reach out for help, as Leia did. Someone has been kidnapped and they’re asking the hero to rescue them. A character is dying of a spell gone wrong and begs a great sorcerer for an antidote.

Another way to practice using this form is much more passive: the protagonist writes a letter to the “you” character.

Benny only found your last letter in the air duct yesterday. It must have been sucked in when our ship took a hit last week – or was it a month ago? Still haven’t gotten used to the timing around here…

In this example, the second person character is the wife. We also have a third person character, Benny, and the narrator uses the first person “our” and an implied “I” before “Still.” The wife doesn’t have an active role in the story, but she’ll act as a focal point for the narrative throughout.

Using this passive form to practice with may not always result in the most riveting fiction, but it does have two advantages. First, it can give another dimension to the protagonist. If they are writing to their “dearest wife,” that tells us they really love and miss her, they are super old fashioned, or they’re being sarcastic. Second, it makes space for the narrator to lie. The spouse will only tell the wife what they want the wife to know. The ship took a hit; was that a small bump from passing debris, or the beginnings of an epic battle that killed half the crew? Decide what clues you want to leave for the reader and use that detail to mold the story.

You don’t have to write a whole novel in second person. Experiment by starting each chapter with a short second person segment and filling in details in a different PoV for the rest of the chapter. Or just go for flash fiction; sometimes all you need is 700 words.

You may never publish a story in second person. Even so, don’t let the form’s misunderstood past scare you away from experimenting. If you need to get your writing out of a rut, inspire yourself with this rare POV. Second person can be just as good as first or third, which are only as good as the writer.

Okay, it’s only as easy as writing in any other PoV.
You’re so vain, I bet you think this post is about you.
This perspective also includes technical writing manuals, travel guides, blog posts, etc.

Q&A: How Many POVs Should I Have in My Ensemble Story?

Comments on The Why & How of Second Person