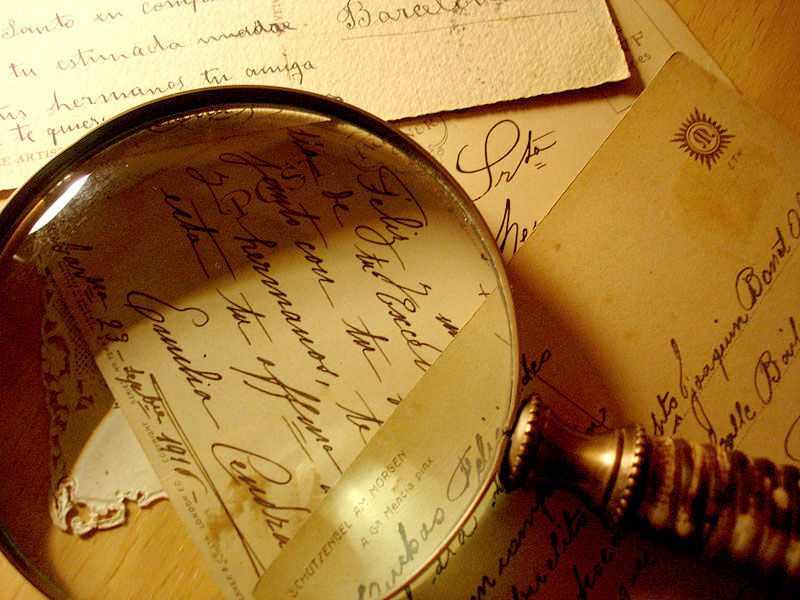 Image by Anna used under CC BY 2.0

Foreshadowing is the storyteller’s primary tool for setting expectations. It’s a clue that tells the audience what might happen later on. Why do they need to know? There are two different reasons, and each one calls for different foreshadowing techniques, at different times in your story.

Foreshadowing is often used to keep people interested in the story. We hint that action and conflict is on its way, and if it sounds interesting, our audience will stick around for it.

This type of foreshadowing is a plot hook. It’s a problem that needs to be solved, a question that needs an answer, or anything else that feels unresolved. We call these plot hooks foreshadowing when we don’t immediately follow up on them. For that reason, plot hooks used as foreshadowing are more subtle than urgent. Otherwise our characters would be drawn into an open conflict right away, and it wouldn’t be foreshadowing anymore.

This type of foreshadowing generally appears in the form of:

These hints can keep readers engaged during periods of low conflict and tension. If your story starts in a peaceful atmosphere and slowly builds, be generous with foreshadowing. Near the beginning of the 2001 Fellowship of the Ring, the evil Nazgûl are shown riding toward the Shire. This makes Frodo’s departure feel urgent, even though he isn’t in danger yet.

Another great time to feed your audience a hook is right after the protagonists have resolved a particularly exciting conflict. Instead of resting on their laurels, another hook will make your audience look forward to what’s coming next. Rowling uses this tactic a lot in her Harry Potter series. In book one, as soon as Harry gets through his first, very stressful Quidditch game, Hagrid drops a mysterious hint about what the Sorcerer’s Stone might be.

Regardless of when or how you do it, this isn’t the type of foreshadowing to hide. The whole point is that people know something is coming, so they can look forward to it. As long as you’re not so blatant that your work sounds contrived, obvious is okay. But keep it vague. If you retain the mystery, your hook will be stronger and your payoff more satisfying.

It’s also important to follow through like you would with any other plot hook. However, the specifics of your follow-up aren’t very important. You can change the nature of the upcoming conflict, the reasons for it, or the characters involved as long as the foreshadowing still makes perfect sense. You can even give your audience a red herring that leads them in the wrong direction, then subvert the expectation you created. But in doing so, you must follow the rules of transitioning worldview. Your surprising reveal can increase conflict, create more emotional intensity, or break more conventions. It can’t do the reverse, or your change will feel anti-climatic.

Foreshadowing has another purpose: to make the unexpected or fantastic believable. Any storyteller needs this to pull off plot twists, but speculative fiction storytellers rely on it as a matter of course. We have to make our giant wombats and cryptic curses feel like they belong in the story.

Basically, whenever a plot element would otherwise violate audience expectations, you should insert this type of foreshadowing beforehand to adjust those expectations. The more your surprising element influences the plot, the more it needs foreshadowing.

Common elements that require foreshadowing include:

Foreshadowing of this type can look like a plot hook, but it doesn’t have to. We’re not trying to pull the audience in; we just want to give them information. If they know there are demon-killing cats, they won’t be unpleasantly surprised when these cats become the key to saving the world.

That’s why the simplest form of these hints is exposition. For the most part, it should be handled like any other exposition you need to explain your world: disperse it in small pieces, and try to integrate those pieces into what’s happening in the story. Consider giving the demon-killing cats an early appearance in the story, rather than just talking about their existence.

Unlike the previous type of foreshadowing, we don’t usually want our audience to notice our clues. We’re preparing for important surprises and specific endings; it would be a pity to give them away before they come! But if you don’t do it carefully, your audience will know something is up. For instance, take this example.

As Mara sipped her tea, she spotted something moving in the dark outside the window. She leaned closer to peer outside, and a shaggy cat looked back at her, eyes flashing red. It jumped away, receding into the dark.

“What was that?” she asked.

“Probably one of the guard cats,” her mentor answered. “They’ve been here hundreds of years. No one is sure where they came from, but somehow they can affect spirits from the other realms. I’ve seen them fight demons more than once.”

After this narration, most of your audience will know that the guard cats are important to the plot. Otherwise, why would you bother describing them? The focus is exclusively on the cat, and a wise mentor talks up how mysterious and powerful they are.

Maybe that’s what you want. The cats could be an intriguing detail of your world. But if you really want to retain the surprise, you’ll need to downplay their importance and provide your audience with another reason for including them in your scene.

Jake unloaded several bags. “Since you’re going into the exciting world of demon-hunting, I thought I’d find some things to get you started.” He reached into the first bag and and handed a small box to Mara.

It held a rusty chain with a metal pendant. “A necklace, thank you…”

“Not just any necklace. This is the amulet of Vardoon, protects against spirits! And here…” he took out a bundle of velvet and tossed it to her.

“A cloak?” A velvet leopard print cloak. How fast could she get rid of it without him noticing?

“It should shield you from being seen in a crystal ball, which I’m told is very important. And laaast…” He opened a large box, pulling out the mangiest-looking cat Mara had ever seen. It lept out of his arms and ran under her dresser. “Umm, it will warm up to you. And then it’ll drive demons away…”

“I’m sure it drives lots of things away,” Mara muttered as she listened to it growl at her.

“… or I hope it does, since the shopkeeper at Mystic Market charged me a small fortune for it.”

“Listen, about this demon-hunting thing.” She sighed. “I’ve decided not to do it.”

Now we have a scene with a lot of other things going on. The cat is only one of three clueless gifts that Jake gives to Mara. The gifts might have been added to demonstrate how easily Jake is taken in, to highlight Mara’s reluctance to become a demon-hunter, or just as a humorous element. The cat’s effect on demons is from an untrustworthy source, and many audience members will assume its purpose is to become the ornery but lovable pet. In addition, Mara’s sudden announcement that she has changed her mind sets up a new conflict. This will distract the audience from thinking too hard about the cat’s questionable effect on demons.

Despite how well the clues are disguised, we want our audience to remember them once they are revealed. That way our reveal clicks into place with what they know. Inserting foreshadowing becomes a tricky balancing act. We want everyone to think the answer was right in front of them all along – without actually guessing it ahead of time.

While disguising your foreshadowing and presenting red herrings will help, some people are just more observant and genre savvy than others. You may not be able to keep everyone from guessing your ending without letting others completely forget your hints. But with practice and feedback, you can find a balance you’re satisfied with.

These two types of foreshadowing aren’t mutually exclusive. We can build up anticipation while providing information or use both techniques to prepare for the same event. Let’s say we’re going to reveal that Jake is actually a traitor who has it in for Mara. We want it to be surprising, believable, and epic by making our audience anticipate it. So our foreshadowing might look like:

After carefully executed foreshadowing and follow-through, you’ll get the “wow” you want from your audience.

Comments on The Why & How of Foreshadowing