Once in a while, storytellers slip up when crafting a protagonist. A character that was supposed to be an audience favorite becomes the focus of malice and frustration instead. While each person’s taste in characters is unique, some traits are likely to inspire intense dislike. If you need your audience to like a character, make sure they aren’t too… When Dawn Summers was added to Buffy the Vampire Slayer, the character was only a few years younger than Buffy and friends were when the series started. However, while Buffy, Willow, and Xander had some typical adolescent traits, they were individuals first. Especially after season five, Dawn is nothing more than a demographic. She is a blend of little sister and teenage girl stereotypes, without a personality of her own.

Similarly, many annoying characters are written for novelty. Complex personalities are sacrificed just to repeat the same joke over and over again. Jar Jar Binks just ran into things and knocked himself silly; Dobby from the Harry Potter series created havoc in an unrealistic attempt at “helping.” If the audience doesn’t like the joke, they won’t like the character either because they don’t have anything else.

In contrast, Cordelia from Buffy the Vampire Slayer has a running joke about how self-centered and shallow she is, but that doesn’t encompass her entire personality. As she appears more frequently in the series, viewers learn she is more intelligent and insightful than she seems. Then they watch her struggle between her desire to be popular and her longing for the excitement the Scoobies offer. By the time she becomes Angel’s sidekick, she is a well-loved character.

Balancing traits give the audience relief from the character aspects they dislike. Without any complexity, a personality that was never endearing quickly becomes tiresome. 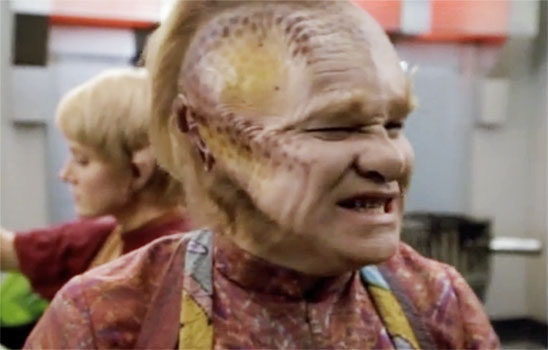 Neelix from Star Trek: Voyager has so many character flaws it’s hard to know where to start. He’s selfish, irrational, and a liar to boot. He pressures the young Kes into being his lover, dismisses her when she needs anything from him, and becomes jealous whenever she spends time with other men. Who wouldn’t hate such a despicable person?

A particular flaw is surprisingly common among annoying characters: incompetence. Humorous or not, a character that flunks every mission will frustrate the audience. Dawn is notorious for giving sensitive information to the wrong person, creating unpleasant social drama. Neelix becomes the ship’s cook, but ongoing commentary suggests his food is terrible. While occasional incompetence can also gain sympathy, this only works for an otherwise worthy character. Most viewers would be pressed to think of a unique and positive trait that Neelix, Jar Jar, or Dawn possess.

By contrast, Zuko from Avatar: the Last Airbender is also deeply flawed, but he has tangible strengths to balance his problems. He’s ill-tempered and prideful, but it’s hard not to admire his determination. While he repeatedly fails to take Aang prisoner, he is anything but incompetent. In one episode, Zuko breaks into a fortress where Aang is held prisoner and frees him – alone, without using his Firebending talents. Similarly, Dobby is less annoying after the second book, when he actually helps Harry Potter instead of harming him.

Good characters have both negative and positive traits. While many storytellers can improve their characters by adding flaws, a protagonist should be more than their weaknesses. Wesley Crusher isn’t even old enough to attend Star Fleet Academy at the start of Star Trek: The Next Generation, let alone become a member of the crew. But somehow he’s always on the bridge working the controls and chatting with the commanding officers. When the professionals are flummoxed by a problem, he magically has the answer. He takes over engineering and creates a new, intelligent life form. As if that weren’t enough, everyone constantly talks about what a genius he is. Any viewer has to ask: how come a kid is doing all that? And can he please just go away?

Unearned glory also contributes to Jar Jar’s terrible showing. Jar Jar is clearly a menace, yet the other protagonists tolerate him with good grace, rarely showing any dislike as a result of his antics. Then he is promoted to General, despite being obviously unqualified. He makes a fool of himself in battle until – by dumb luck – he becomes tangled with a droid carrying a laser gun. With only the barest effort from Jar Jar, the droid eliminates all the surrounding enemies.

By contrast, Harmony from Buffy the Vampire slayer is incredibly annoying to the other characters, and therefore not at all annoying to viewers. She’s an antagonist, and the heroes struggle with her shallow stupidity whenever she appears in an episode. When she finally becomes a protagonist for a single episode of Angel, she is still disliked by the people around her. She has to prove herself to the heroes.

Humiliation makes characters more sympathetic. Audiences love deserving characters that are undervalued, and they hate undeserving people in glorified positions. The latter is a great tactic for villains, but do it on a protagonist, and you’re in trouble.

Creating a likable character is a balancing act. They should have a feature that makes them stand out, but it should be counter-balanced by more subtle traits. They should have strengths but not ones so large they hijack the story. They should have flaws but not so many they become despicable. Throw all their eggs in one basket, and you risk those eggs going rotten.

Comments on The Three Traits of Annoying Characters