All of your characters need to be strong. Make sure each one can bench press at least their own weight plus three pandas. Just introduce each character during a gym scene so the audience can see it happen, and you’re done.

Oh wait… it’s the other “strength” everyone’s talking about. The magical sauce that slathers a character once you write from their perspective or make up their background story. The one that makes them feel larger than life to your audience. But what if you make up 20 pages of backstory, and your character still lacks that special spice? How can you even tell?

I’m going to turn the subjective quality of “strength” into clear benchmarks by detailing six traits that strong characters have in common. I’ll start with the most basic, and as I go I’ll use examples of stronger and stronger characters, as each trait is added to the pool.

First, you need a character that’s… That doesn’t mean characters have to be unfailingly consistent — real people aren’t like that. But if a character does something different, the audience needs to know why. Was the barista missing from behind the counter because the dragon egg in the back room just hatched?

There are also a few characters that are defined by inconsistency, such as Captain Jack Sparrow and Q. But they should still be consistently inconsistent (say that five times fast).

If you don’t recognize the character I’ve shown above, it’s Podrick, Tyrion’s squire in Game of Thrones. He’s very consistent, but he’s still not a strong character. If you remembered his name, it’s because you’re a huge GoT nerd. Aside from the few scenes where his actions become important, he just hangs in the background, instantly forgotten.

Because to be memorable, characters must be… Distinctiveness is what makes a character different from other characters, or from the people you meet every day. Characters that are different stand out strongly in our minds. Slimer only appears in a couple scenes of the original Ghostbusters movie, but he became so well-known that he got into the cast of the cartoon. There just aren’t many characters out there that are ugly green blobs of gluttony.

But there’s more to strong characters than how distinctive they are. Slimer is distinctive, but he doesn’t feel like a real person, and not just because he’s a ghost. I don’t know anyone who just floats around aimlessly, eating everything in sight. Why does he even do that? He’s a ghost; he can’t digest solids.

He’d probably seem more real, if he was… 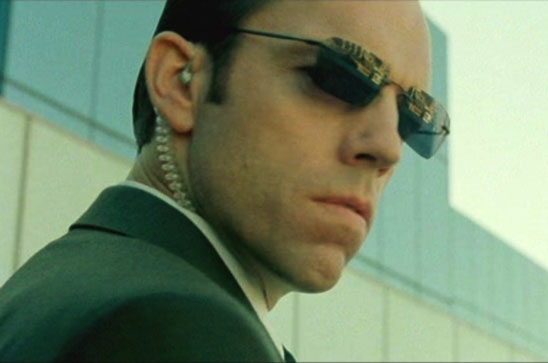 You’ve probably heard that characters need goals and motivation. It helps drive the plot forward, but it also makes characters behave more rationally. A character’s drive can also add to their distinctiveness. Would Agent Smith be so striking if not for his dogged pursuit of Morpheus and his crew?

It’s important for your character’s motivations to be something the audience can relate to, or at least understand. I can’t imagine existence as a computer program like Agent Smith, but I understand he has a job to do. That’s reasonable and realistic.

At this point we have a solid minor character, but still not one that’s strong enough to make a good hero or sidekick. Agent Smith is more like a caricature than a real person. He’s just too one-dimensional. To be strong, he’d have to be more… Now we’re finally in important-character territory. Data is distinctive because he’s an android, but that’s not the only thing that makes him who he is. He has many defining traits, making him multi-dimensional. Like many complex characters, some of those traits are contradictory at first glance. Data is emotionless, yet he engages in many artistic pursuits, and cares for a cat named Spot. Sometimes a little distinctiveness is lost as balancing traits like these are added, but the resulting character will feel realistic enough to make up for it.

The key to character complexity is to show them in a variety of contexts. People are wired to behave differently in different social situations. You’ll see one side of a person during a job interview, and another when they’re out with their friends. Can you imagine Agent Smith shopping at a grocery store? I have trouble with that. But I can imagine Data grocery shopping, because I’ve already seen him in a wide variety of situations. In my mind, he picks some cat food off the shelf, and reads off every chemical in the ingredient list to a companion, comparing them to the nutrients that Spot requires.

Data’s a great character, but we can do better yet. We just need one that’s… 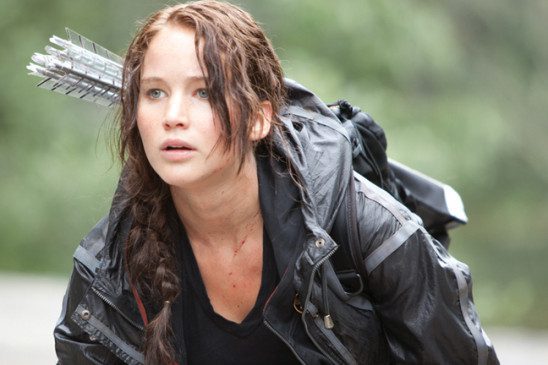 Some character traits are arbitrary – you either like peanut butter or you don’t, there’s nothing special about it. But other traits are formed by layers of character emotion and identity. Those, in turn, can be the result of a lifetime of experiences, and more importantly, how those experiences were interpreted by the character. This makes the character both more real, and more relatable.

Katniss has endured a lifetime of hardship, and she had to be the caretaker for her younger sister when her mother was lost to depression. She’s bitter about the condition the people of her district are in, and stubbornly independent since she’s fed her family from a young age. These traits have a strong effect on the choices she makes during the Hunger Games series.

If you want to give your character additional layers of emotion and history, start by looking at their motivation. Let’s take Hermione Granger for instance. She’s distinct and complex, but her motivation is only surface level. She wants to learn a lot and get good grades, I guess because she’s an “overachiever.” But what if every day since she joined the wizarding world, teachers talked down to her, and other students told her she didn’t belong, until she began to believe them? Then she decided that she would prove to all of them, and herself, that she was just as good. Better, in fact. And that’s why she’ll do whatever it takes to get the best grades of her year. That Hermione is stronger, because she is driven by a deep threat to her self-worth.

It’s easier to create deep characters in a written medium. The audience needs to be inside the character’s head, seeing the world as they see it, and experiencing their thoughts. It can be done in other mediums with character-focused dialogue, and good acting or roleplaying. Often in movies and TV shows, one character will simply announce what they think is happening in the heart of another. This reveals emotions that are otherwise difficult to see.

Deep emotions make strong characters like Katniss. But if you really want a character to come to life, they should be… Once you have distinct and complex characters, with desires that are driven by deep emotions, it’s time to set them in motion. Because of the experiences they have during the story, and the frustrations they encounter while trying to achieve their goals, strong characters will slowly change.

Data and Katniss do change over the course of their stories. Professional writers know character change is essential; you’d be hard-pressed to find an otherwise strong character without it. But not all character change is equal. Katniss changes because of trauma that is inflicted on her against her will. It’s natural for characters to evolve because of challenges outside of their control – but they should ultimately choose how they adapt to those challenges. Data slowly becomes more human, but is not remarkably different. Similarly, most stories present a protagonist with one main problem. By the end they learn how to get past it – but they don’t change beyond that.

The most compelling character arcs include dramatic changes to the character’s values and personality. The image above is of Cordelia Chase. Over three seasons on Buffy and three on Angel, she slowly transforms from a shallow and spoiled girl into a selfless heroine. Characters arcs like hers are very rare – I still haven’t found enough examples to write a full post! That’s probably because they require a lot of time. My estimate is that it would take at least three novels, or three seasons of a show, for a character to change as much as Cordelia does, and still do it in a realistic manner. George Lucas tried to do it with Anakin Skywalker in only two movies; no wonder it failed spectacularly.

To do change right, you need to understand the rest of your character first, especially those deep, driving emotions. That will tell you not only how your character changes during your story, but why. Once you’ve achieved that, your character will be larger than life — not just for you, but for the audience.

Comments on The Six Traits of Strong Characters