The Pros and Cons of the Learn by Doing Method 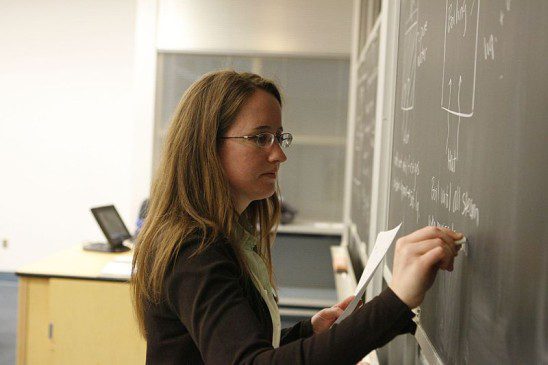 Experience points are the standard unit of measuring character advancement in roleplaying games, and they have been since the very beginning. Kill the goblin, get 25 experience points. What could be simpler? Sometimes they might be called character points, and there have been countless different ways to spend them, but the core concept has stayed the same. Well, what if there was another way?

There is, and some of you may even have experience with it: the learn by doing method. This is the advancement system of choice for games very close to my heart like Burning Wheel and Mouse Guard. For the more mainstream, Call of Cthulhu also employs such a system.*

The basic concept for the learn by doing method is that a character’s abilities increase based on their use rather than where the player decides to spend experience points. There are different ways of measuring these advances, but they all boil down to the same idea: if you use your sword a lot, your sword skill will go up. By the same token, there are certain benefits and weaknesses that most of them will share.

Most people understand that in real life, you have to practice something to get better at it. Natural talent may play a factor, but if your dream is to be the world champion cabbage grower, then you’d better start planting some cabbages.* It makes a lot of sense to do this in roleplaying games, and I’m always surprised by how few systems decide to go with this method.

Have you ever been in a group with someone who spent all their experience points on combat skills, even though the sessions up to that point had been entirely social? Didn’t it weird you out a little bit? The value of making sense should never be underestimated, because it removes an obstacle to player immersion. Any time you don’t have to spend wondering how someone who never leaves the royal court is an expert tactician is more time you can spend getting into the world.

This is doubly true for new players. People who have been playing for years and years often forget how many conceits we have to accept in order to make roleplaying games function. To us, that’s just how things work. New players are still wondering why they can be stabbed with a longsword and only take 1d8 of damage. Having a method of advancement that’s easier to understand goes a long way towards getting them fully into the game.

A big attraction for roleplaying games is watching your character grow and develop over the course of a campaign. Much of that development comes in the form of increased ability as your Tatooine farmboy slowly transforms into a Jedi Knight. Using a learn by doing system makes the experience even better.

When characters advance in a learn by doing system, they do so in accordance with their experiences, not what the player thinks will be the most mechanically advantageous. This gives the characters a life of their own, making them just a little bit more like real people. Just like real life, events in the game can take your character in an unexpected direction. A self-serving smuggler may eventually gain the skills necessary to become a general in the rebel army – doesn’t that sound like something you’d like to play?

Abilities gained this way feel more real to the player as well. When you look at your maxed out flower arrangement skill, you know it means more than an assignment of points. You’ll remember every rhododendron and gloxinia petal that got you there. On a more serious note, the learn by doing method makes your character work for their abilities, and they taste all the sweeter for it.

Con: It Can be Unforgiving

Despite all the good things I have to say about the learn by doing method, it isn’t without problems. The most obvious is that it simply isn’t as flexible as more traditional experience systems. Your character advances based on what they actually do, not on what you wish they had done. If someone has a firm idea for how their character is going to evolve, they can be in for a rude surprise. If you really wanted your uptight space captain to become a roguish scoundrel, but all the GM gave you were grand Shakespearean speeches, then there could be a problem.

There’s also the issue of shy players having fewer chances for advancement. If raising abilities is tied to using them, then players who are more willing to seize the initiative may end up more powerful than everyone else. This can have an unfortunate feedback effect: as their characters become less and less capable, players become less and less willing to take the spotlight.

Of course, nothing about these problems is unavoidable. Players should probably be open to their character going in an unexpected direction, otherwise why are they playing a roleplaying game instead of writing a novel? As for the disadvantage to more timid players, the GM should always try to encourage them out of their shell, regardless of what system is being used.

Con: Bookkeeping Can be a Pain

When the session is in full swing, it’s easy to forget that you needed to mark down that one-in-a-million arrow shot or that sword hit that shattered the Witch King. Then you have to go back later and try to remember which abilities you rolled and which you didn’t. It’s a bit of a pain.

Perhaps a bit more problematic is if you’re trying to catch up a character to where the rest of the group is, like when a new player joins. Normally, you could just give them the same amount of experience everyone else has gotten, but the math is a little more difficult to figure out with the learn by doing method. Different characters won’t have used their abilities exactly the same amount of times, and that’s assuming everyone has kept accurate records.

Fortunately, both of these problems can be overcome with a little practice. If it wasn’t already obvious, I’m a huge fan of the learn by doing method. I think it really helps to increase a player’s immersion, which is among my number one goals as a GM. I also like it as a player, because it lets me create a character and see where they go, rather than needing to plan out each expenditure of experience points. The learn by doing method is especially appropriate for systems that are trying to be more story oriented because it helps you create a character that’s closer to a living, breathing person.

Although really, how often do your CoC characters last long enough to need skill advancing?
Just don’t do it anywhere near an airbender.