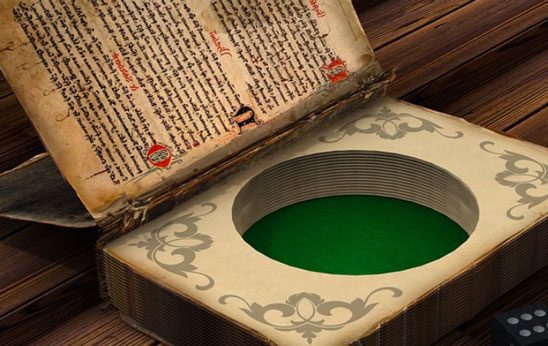 I’ll admit it: my title is pretty sensationalist. But I can’t bring enough attention to this issue. When we’re hired to do content editing, 95% of the manuscripts we look at need significant work in this area. Before we look at their work, most writers have already wasted countless hours – likely hundreds of hours in the case of novels – writing in the wrong direction. We correct their course so they can get results much faster, but it usually requires a large revision to their manuscripts.

What’s the problem? Most writers don’t understand what their story is about.

I know – it sounds too easy and simple. Of course you know what your story is about; it’s about a badass space pirate who fights in a civil war or a young farm worker who discovers magic. But while those things are in the story, they may not be what the whole story is about.

Every story needs one plot arc that it’s focused on. This is the glue that holds the story together; everything else is secondary. Nowadays at Mythcreants we call this plot arc the throughline, because it should be present throughout the story, from the opening scene to the resolution. But in most cases, manuscripts either don’t have a sufficient throughline or the throughline they have isn’t what the storyteller wanted to write.

Signs Your Story Doesn’t Have It

If so many stories lack a strong throughline without writers noticing, how can you tell if your story is one of them? We’ve seen many signs of trouble over and over again. I’ll list the most common for you.

A well-planned throughline can technically include more than one main character, but in practice, multiple protagonists almost always pull the plot in different directions.

What Happens to Stories Without It

The throughline is the core of the story. Without an obvious throughline, your narrative is just a list of things that happen. That has severe consequences.

If the throughline of a manuscript isn’t strong, that’s the first thing we focus on in editing. Strengthening the throughline will make the biggest difference to your story. What’s more, working on anything else could be a waste of time until you know what will fit into your throughline.

Sometimes correcting a missing or broken throughline is a simple matter of realizing the problem and making a few corrections. However, having a strong throughline often means making tough choices. If you’re torn between different choices for your central conflict and main character, here are some exercises that can help.

Look for a confluence of the characters you love, the themes you want to cover, and the problems your protagonists should struggle with. Usually, whatever you’re most excited about is the best thing for you to focus on. Occasionally, we have to tell writers that they are 90% of the way to completing a story they didn’t want to write and 30% of the way toward completing the story they wanted. If you’re excited about things that barely appear in your tale, it might be easier to write a different story about them.

We’ve written about them before, but our changing terminology and our large archive can make things hard to find. Here are some links to help you understand throughlines and how to implement them in your stories.

I’m sorry to say that most fiction courses don’t provide the information that writers need to know. Throughlines should be the first thing that every storyteller learns. Instead, most writers find out about them the hard way.