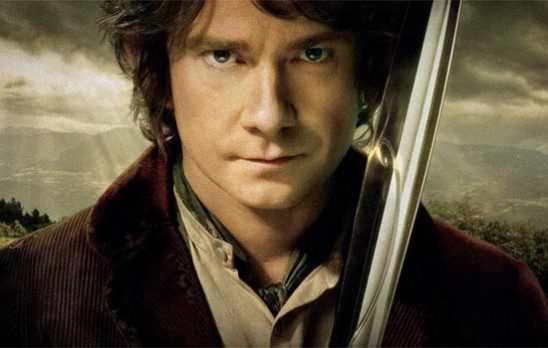 It would be a mistake to go into the theater expecting The Hobbit: An Unexpected Journey to be like LotR. It is still an excellent movie. However, its goals are different, and if you’re going to see it, your goals should be different too.

Just like Tolkien, the Hobbit prioritizes the world over the plot. Not only is it slow, but the plotline refuses to stay on track, slowly meandering in and out of different stories. This is enjoyable to some, but sleep-inducing to others. 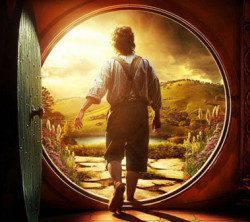 Watching the movie is like following up your favorite fantasy or scifi novel by reading an anthology of related short stories. It feels very much like a story collection, and it makes for a wonderful side tour of Middle Earth. The soundtrack accompanying the tour is one part old favorites from the trilogy, and one part new and captivating music. You’ll see see small appearances from Frodo, Elrond, Galadriel, Sarumon, and of course plenty of Gandalf and Bilbo. 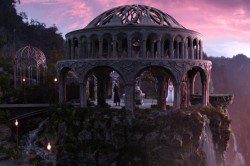 I would also liken the Hobbit to taking the scenic route along the shore on your cross-country drive. The purpose isn’t to get where you’re going as quickly as possible, but to sit back and enjoy the scenery. If you’re watching the scenery in the Hobbit, you won’t be disappointed — if anything, it’s more beautiful than the proceeding trilogy. 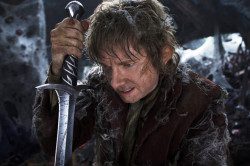 Since I read the Hobbit a very long time ago, I was surprised and delighted that Bilbo is essentially the dwarven party’s D&D rogue; his official title is ‘burglar.’ His uptight personality at the beginning of the story makes you feel he’d be the very last person to take such a underhanded role — and he says as much himself. However, as the story unfolds he starts to act just like one, and every bit of it feels natural for his character. After seeing the movie, I was reminded that Bilbo was, at least in part, the inspiration for the rogue class, and why halflings were given a rogue bonus in the D&D system. 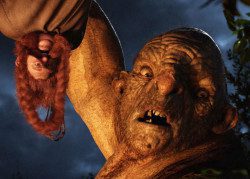 The first of this three-part story lacks the gripping intensity of the big trilogy. Gandalf is the only one who believes there is something larger at stake in their mission, our protagonist comes along mostly for the hoots. The jokes are more amusing than funny, and the drama never sinks in. Altogether it makes for an fun watch, but it doesn’t leave a lasting impression.

If the story has any weakness, it’s that Gandalf is too important. His presence is the strongest indicator for how much trouble they’ll find themselves in — he has to disappear just so they can do some fighting. Also, you’re going to see the giant eagles again. You might have seen them featured in the LotR “how it should have ended” video.

I have little doubt the Hobbit could have fit into less than three movies with some streamlining. However, the original books were anything but streamlined, and that’s what their fans loved about them. Those with the interest to read Tolkien’s long pages of description often say they love the books because of how he made his world come alive for them. The meandering journey of the first Hobbit movie is true to his style and a great tribute to his legacy.

Read more about Lord of the Rings, Movies