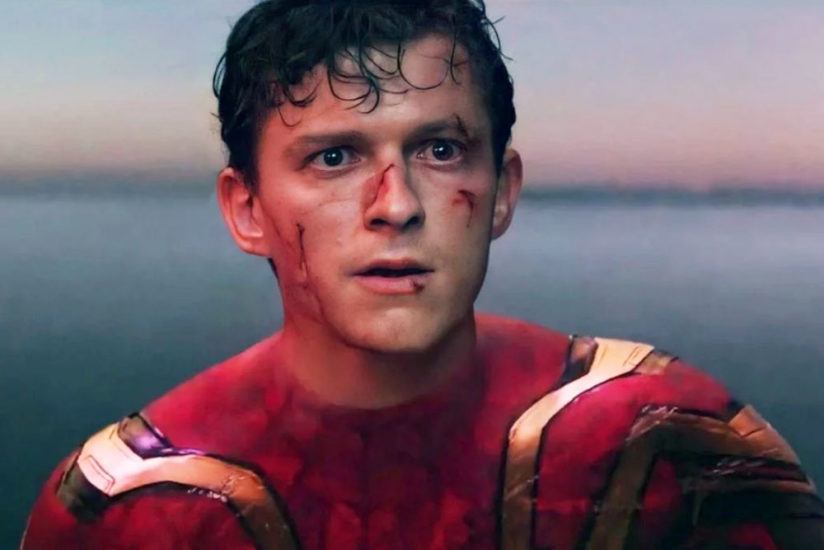 Spider-Man: No Way Home has a bittersweet ending because the world is unfair and a sacrifice is needed to save the day.

“Bittersweet” is a pretty broad term. It refers to any ending that is not entirely happy or sad; at a technical level, that can mean different things. So I have four different bittersweet-ending methods for you. To help you follow my technical mumbo jumbo, let’s do a quick review.

In storytelling, characters earn karma based on their actions. That karma – good or bad – is paid off when they succeed or fail. This is like a balance sheet that lasts the whole story. A character who commits misdeeds gets a negative balance, meaning a comeuppance should be on its way. A character who does positive deeds has a surplus and should receive a resulting success. The turning point of any conflict, including the climactic conflict, translates a character’s good choices into success and bad choices into failure. That’s what makes the result feel satisfying.

However, a balance sheet only shows one number that’s positive or negative. Does this mean that endings have to be entirely good or entirely bad? No, it doesn’t. Let’s cover four different ways you can create a satisfying but bittersweet ending for your story.

A protagonist that earns good karma must ultimately succeed. But succeed at what? That’s up to the storyteller. Their success must be big enough to be meaningful, but that doesn’t mean the protagonist gets to wave a magic wand and turn a dystopian hellscape into puppies and rainbows.

For instance, in a movie about surviving an attack from Godzilla, what’s at stake is whether the important characters reach safety or get killed. Driving back Godzilla, repairing all the destroyed buildings, and resurrecting people who have already died is not within the realm of possibility. While that’s an obvious example, you can apply this to any situation in any story. Maybe survival isn’t a possibility for the main character, but saving someone else is. Maybe all the important characters are going to die, but they can still warn others about the danger.

The bottom line is that character karma isn’t the only thing that shapes the end of a story. Sometimes bad things just happen – we call this calamity. Unfortunate events qualify as calamity when they are 100% certain to occur and therefore impossible for protagonists to do anything about. This means their mere occurrence doesn’t create tension, but it also means character karma doesn’t factor in.

For instance, let’s say the hero’s friend is suddenly cut down in front of them. There was no prior sign the friend was about to die, and the hero is given no chance to save them. That’s calamity. It might feel pointless at the end of the story, but as a lead-up to the climax, it will raise tension by making the hero struggle without their friend’s help. Then, even if the hero earns their success, they’ve still lost someone important to them.

We can also reverse this and add good events to a tragedy. Let’s say the hero is unworthy, earns bad karma, and fails at their objective. While failing should come with significant consequences, that doesn’t mean there aren’t charitable people in the world who will comfort the protagonist and help them recover. What’s important is that spontaneous good luck doesn’t kill tension or keep protagonists from solving their own problems.

2. Let Characters Both Succeed and Fail

When Mythcreants discusses climaxes and endings, we often describe them in fairly simplistic terms. We focus on the most important arc in the story – the throughline – and how that arc specifically has a turning point at the climax which brings about the end. This makes it a lot easier for us to explain and for readers to understand. But in the wild, stories are woven from many arcs.

Multiple arcs can share the same turning point. That means the protagonist either earns good karma and succeeds at all of those arcs at once or earns bad karma and fails them all. For instance, the main character might prove themself by pushing past their fear. That would resolve their character arc about being afraid and also allow them to do what’s necessary to save the world. This type of pairing is common in many popular stories.

Let’s take some examples of how success and failure can work together, focusing on just the protagonist.

Failing or succeeding at an arc should always come with appropriate consequences. So if the arcs go both ways, you’ll need at least two different resolutions.

A character that makes a selfless sacrifice earns good karma by doing so. This means they’ll succeed at their primary goal, but making a sacrifice can still be sad. The classic example of this is a hero that gives up their own life for a cause. However, a character can sacrifice anything that has great meaning to them, so long as the sacrifice is primarily theirs rather than someone else’s.

For instance, the captain of a ship who gives crew members a suicide mission isn’t making a sacrifice, even if they love one of those crew members.* However, the captain could take on the fatal task themself while trying to keep their crew safe. Then the crew could decide to stay and help the captain, leading to everyone dying heroically. That would generate lots of good karma that would justify a big success, but no one would call it a happy ending.

Interestingly, the protagonist can also sacrifice their success at other arcs. Let’s compare two example stories that are similar yet differ in crucial ways.

The protagonist is a mage who’s discovered that they can quickly solve all of their problems by using dark magic that will slowly corrupt them. With the help of a friend, they stop using it. However, it’s still a strong temptation.

They save the town and their friend, but become permanently corrupted. As a result, they have to be locked away to keep them from hurting anyone.

In the success example, the protagonist sacrifices their personal growth and salvation because it is their only means of saving others. This gives them good karma, making it satisfying that the town is saved. However, they naturally pay the cost of their sacrifice, so they have effectively failed their character arc. The result is a bittersweet ending.

Like in the success example, the protagonist initially uses dark magic, but with the help of a friend, manages to stop. Then the dark mage comes to town and starts to enslave the townsfolk. The protagonist is sorely tempted to use dark magic against this evil mage, but their friend cautions them that they don’t need to – there’s another plan for saving the town.

However, the dark mage goads the protagonist by capturing their friend, and the protagonist gives in to temptation. They use dark magic to defeat the invading mage, but in doing so, become corrupted.

In their corrupted state, the protagonist becomes so angry with the town they were trying to save that they destroy it. Their friend tries to fight back and is killed. Having become what they hate, the villainous protagonist leaves to find another town to enslave.

In the failure example, the protagonist takes the same action as before – using dark magic to defeat their enemy. However, this time it’s the wrong choice instead of the right one. That’s because they have another option; using dark magic is the easy route. Logically, they could save the town like in the previous example, but that would create an unsatisfying ending. Their turning point created bad karma, not good, so they haven’t earned that success. Instead of being bittersweet, this story is a tragedy.

Sacrifice turning points are relatively easy to write, so if you’re looking for a simple route to a bittersweet ending, this might be the route for you.

If a turning point can turn good karma into success or bad karma into failure, what about one that’s in between? Can a character do something that’s neutral and get a neutral outcome? Sort of.

To create karma, a character action has to make an impression on the audience. Then the storyteller uses the outcome of that action to say something meaningful about which actions are worth doing and which we should avoid. If a character does something average and gets a “meh” result, the storyteller isn’t giving those events any meaning. As a result, the end will feel pointless and unsatisfying.

However, a character can balance their karmic accounting by making notable good choices and notable bad ones over the course of the story. Then those choices can all come to fruition at the climax. In most cases, this will lead to both good and bad outcomes, so those outcomes make a bigger impression.

So to get a neutral end result, the character would do bad and good things and then ultimately get both bad and good results. It’s starting to sound a lot like succeeding and failing at different arcs, isn’t it? However, it’s not quite the same, because these karmic actions can be focused on the same story problem.

Let’s say the protagonist has to fight the big bad, but they’re really scared. As a result, they join up with a lesser villain who promises to give them what they need to win. They do immoral things under their new mentor’s direction, gaining bad karma. But at the climax, they come to their senses and turn against their villainous mentor, even though it’s hard. They gain good karma from that, so their choice takes the cynical big bad by surprise, allowing the protagonist to win.

However, even if both villains are defeated, the protagonist still has leftover bad karma from their earlier misdeeds. To balance that, they might go to jail, be exiled, swear an oath to serve the family they hurt, or face some magical curse they brought upon themself.

You can give a character a bad choice, good choice, and middle choice, but to have meaning, that middle choice will still be either a little bit bad or a little bit good. Even moral dilemmas are satisfying because the storyteller has endorsed one of the choices at some level. Deeds that are truly neutral make poor endings.

Character karma doesn’t force us to make endings that are simplistic or pat. The real world is complicated, and story worlds can be complicated too.

They might still gain some good karma by making a hard but necessary decision, assuming the whole thing doesn’t just come off as contrived.

Five Conflicts With Weak Turning Points, and How to Fix Them

Comments on The Four Ways to Create a Bittersweet Ending