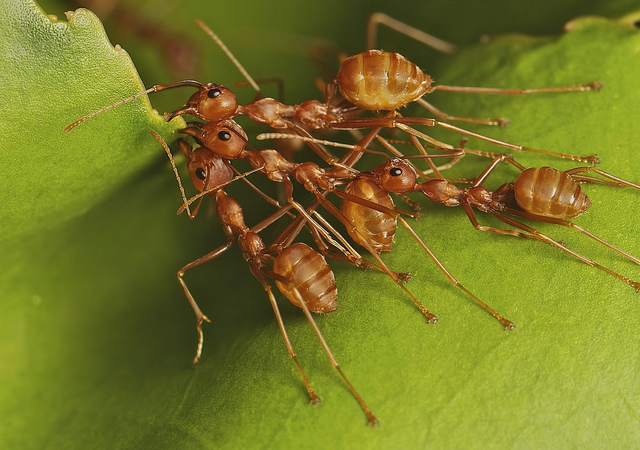 Storytellers spend so much time focusing on plot, characters, and setting, that it’s easy to forget those are just means to an end. For most storytellers, the primary goal is getting your audience to finish your story, think highly of it, and recommend it to others – in other words, things that make your story popular.

But there’s a missing link between our story elements and the positive reception we want. What is it about our characters, plots, and settings that makes people like our stories? It’s ants. Lots and lots of ants. *cough* Sorry, I mean ANTS, my silly acronym for the effects that make a story well-liked: attachment, novelty, tension, and satisfaction.

Thinking about your story in terms of its ANTS score will allow you to better assess your story’s strengths and weaknesses and to make informed trade-offs between one effect and another. Now let’s count our ANTS. 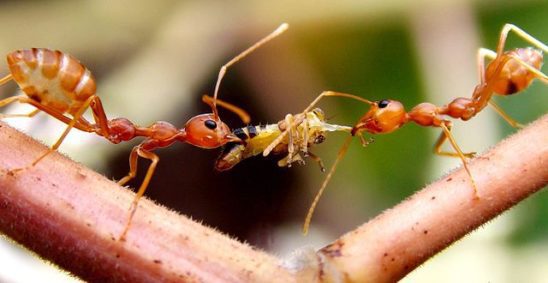 Attachment is the degree to which the audience cares about elements of the story. If attachment is high, the audience will want to see specific outcomes for story elements. They might want the protagonist to succeed, the antagonist to get their comeuppance, the lovebirds to hook up, or the pristine natural paradise to be preserved.

Attachment adds emotional impact to story events, making the story more powerful. It also creates more investment in the story. With high attachment, the audience will suffer through spots they find unpleasant in order to reach the end.

How Attachment Is Commonly Described

Looking for these phrases in reader feedback will help you measure attachment in your story.

When attachment is missing:

How Attachment Is Created

The primary source of attachment is the story’s protagonists, but not all protagonists are equal. It’s critical that the character is likable. They could be liked because they have highly likable traits or because the audience identifies with them. It’s also possible for the audience to become attached to places or other non-character elements, but even cute animals are unlikely to create attachment unless they have relatable traits like human characters have.

Story elements that touch on the audience’s own emotional needs can create very strong attachment. This effect is usually known as wish fulfillment. Wish fulfillment is powerful. For instance, a well-implemented romance can use wish fulfillment to captivate the audience. However, it is most effective when it targets a specific demographic. People of the same age, race, or gender are more likely to have faced similar struggles, and they are more likely to have similar desires.

Attachment doesn’t happen instantly. Generally, the audience must learn about or observe story elements before caring about them. This warm-up time is a significant burden on the beginning of stories. If the storyteller focuses on attachment in the beginning without using another ANTS effect, the story will usually feel slow. This often happens when the storyteller wants to describe the protagonist’s normal life before sending them off on an adventure. This period may foster attachment to the main character, but that’s not enough to retain interest in the story.

As previously mentioned, the audience demographic can matter a great deal to attachment. Knowing your target demographic can help you achieve the popularity of works like Twilight, but this reduces the breadth of the story’s appeal. It also encourages publishers and studios to ban characters that are in minority groups, because they don’t think those characters will feel relatable to most audience members.

Novelty is the degree to which the audience is fascinated by the details of the story. If the novelty is high, the audience will get a positive experience simply by absorbing the narrative and, in particular, learning about story elements. When implemented well, novelty can create strong impressions of humor, wonder, mystery, or threat.

Novelty makes the story more entertaining and less boring. The novelty attached to specific story elements can also build attachment to those elements.

How Novelty Is Commonly Described

When novelty is missing:

How Novelty Is Created

Novelty can come from any component of the story. However, the speculative fiction genre and all its subgenres are built around novel settings. Whether your story is about futuristic space travel or magical golems, you are providing something the audience doesn’t get to see every day. What setting you choose and how well you show it off will make a big difference to your story’s popularity.

In other genres, novelty is more likely to come from unusual characters. The plot can also provide novelty; the most common form of this is the subversion. Strong wordcraft is novel in itself. Regardless of where novelty comes from, it requires details that stand out. A novel idea that is stated briefly and is never fleshed out for the audience will be a disappointment.

Novelty requires incorporating elements into your story that are rarely used. Sometimes they are rarely used for a reason. For some writers, having an animal companion that is secretly pulling the strings is a great novelty, but it isn’t done frequently because it reduces satisfaction. A powerful new technology or magical spell may be entertaining in one TV episode, but on a long-term basis it could reduce tension. Novelty encourages storytellers to trade in the long-term health of the story for short-term entertainment.

This is because novelty never lasts. Once any idea matures, it loses all the novelty it had. Short stories are ideal vehicles for novelty because they usually end before the effect has disappeared, whereas novels will lose their novelty, strange as that sounds. For novelty to be maintained throughout a novel, new and fascinating elements must be continually introduced. In many longer stories, novelty is used heavily in the beginning and then takes a back seat to attachment.

Tension is the degree to which the audience is riveted by the events of the story. If the tension is high, the audience will become urgently curious about how the story ends and highly engaged with everything that happens. Their attention is unlikely to stray from the story unless they are forced to focus it elsewhere.

How Tension Is Commonly Described

When tension is missing:

How Tension Is Created

Tension is created by the presence of problems, whether they are mysteries that need solving or obstacles that must be overcome. These unresolved elements create a sense of uncertainty that begs for a resolution, much like a bow pulled taut must be released.

Of course, problems are not equal in their ability to create tension. First, the outcome of the issue has to matter to the audience. If attachment to story elements is too low or the problems have too little impact on those story elements, little tension results. The likelihood that a character will fail is also important. A high chance of failure creates more tension. If a success feels inevitable, no tension will result. It is also helpful to let characters solve parts of the problem or run into new barriers, changing the status of the issue they are dealing with.

Creating problems and maintaining tension is one of the two primary purposes of plot. A good plot structure with high conflict will go a long way.

In pursuit of tension, storytellers occasionally dig themselves into a hole they can’t climb out of. Increasing the chance of failure provides more tension, but if the problem becomes so difficult to solve that the solution is unbelievable, it will damage satisfaction. While raising the stakes of a problem usually increases tension, if raised too high, the audience will think the storyteller is bluffing. A story where a failure means the loss of the entire world may lose tension because no one believes the storyteller is willing to resolve the problem that way.

The other issue with tension is that it usually relies on negative feelings. That’s fine for most audience members, but some people find problems too unpleasant for their taste. Storytellers occasionally avoid adding problems to their stories, and a small number of audience members prefer a slow work to a riveting one. Tension can be added to a story while keeping the mood light, but it is trickier and the tension is generally lower. For this reason, lighter stories require higher levels of novelty to compensate.

Moments of high satisfaction are very memorable to the audience. Satisfaction makes the audience feel positively toward the story and likely to recommend it to others.

How Satisfaction Is Commonly Described

When satisfaction is missing:

How Satisfaction Is Created

The biggest source of satisfaction is the resolution of the problems that were used to give the story tension. If tension is described as pulling a bow taut, satisfaction is releasing that bow. Generating high satisfaction is about carefully making promises to the audience and then fulfilling those promises well. If you have succeeded in creating high attachment, the audience will look forward to seeing the antagonist fall from grace or witnessing the lovebirds hook up. If you’ve created high tension, they’ll be eagerly awaiting the answer to the mystery or the solution to the problem.

Meeting your audience’s expectations for story outcomes is not always easy. In general, you must ensure that your main character brings about the resolution through their virtues or vices and that the resolution thoroughly addresses the problems that were raised. Foreshadowing is critical to satisfaction. Without it, outcomes can feel bizarre or contrived. The sublime “clicked-together” feeling of a strong reveal is only possible with careful foreshadowing.

Most obviously, by its nature, satisfaction resolves problems and lowers tension. That’s why the lion’s share of satisfaction is left for the end of the story. However, longer stories can benefit from resolving smaller problems and creating new ones throughout the story, thereby giving the audience small doses of satisfaction while maintaining tension.

A great reveal creates enormous satisfaction. This has led many storytellers to pursue reveals even when it costs the story dearly. A common scenario is withholding information that is critical for building attachment, for the purpose of using it in a dramatic reveal that comes later. Because the lack of attachment is crucial but subtle and the reveal is obvious and iconic, the storyteller may think the trade-off is worth it, never knowing how much it has cost their work in popularity.

Unless the story is only a couple paragraphs in size, satisfaction alone cannot carry it. Plucking all the ANTS from your beginning to build a giant hill at the end gives the audience little reason to reach that end. 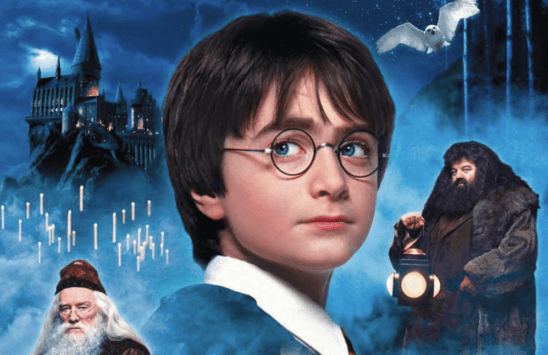 Since the ANTS system includes no measure of marketing expenditures, it cannot predict which books will be bestsellers. But any breakout hit is likely to have a high ANTS score among its target audience.* As an example, let’s peek in the ant farm that is Harry Potter and the Sorcerer’s Stone.

The most important lessons in ANTS is that each effect works best in concert with the others. While you may have to make trade-offs among them, that fun story is even better with some problems, that gripping story isn’t much without emotional depth, and those emotional yearnings beg for a later payoff. When you’re building that ant farm, make room for them all.

Or another audience that is not its target, such as with Avatar: The Last Airbender.

Comments on ANTS: The Critical Elements That Make Stories Popular