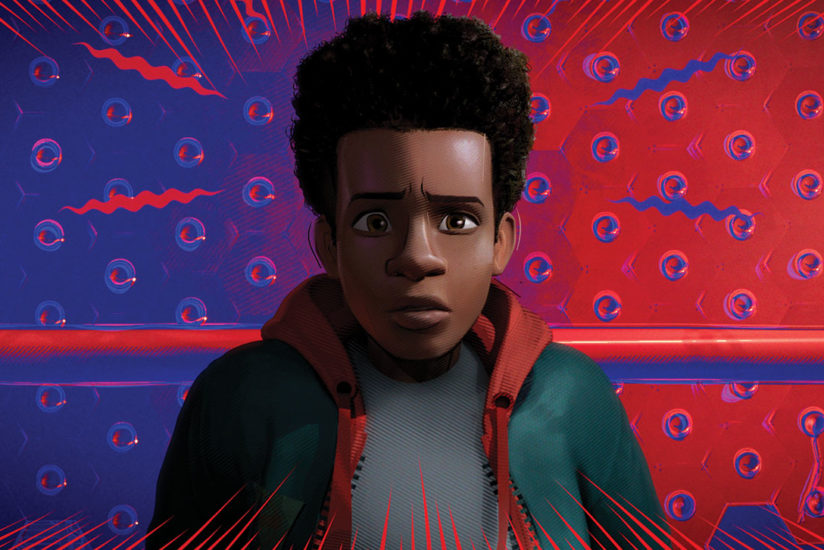 When we discussed mediocre protagonists, some commenters thought we were referring to relatable protagonists. The difference is subtle but very important.

A relatable hero is one we can easily understand and see ourselves in. The term “everyman” is often used to distinguish such characters from the shining heroes of epic destiny. Despite the label, relatable characters aren’t actually gendered, but they are great for building attachment. Mediocre heroes, by contrast, don’t feel like they should be the main character at all.

Fortunately, you only have to understand a few things to ensure you get the first kind of hero rather than the second.

When a hero is flawed, it makes them easy to relate to because they seem more like a real person. Most fictional heroes can give an epic speech at the drop of a hat, so it’s refreshing for a main character to have highly relatable issues with public speaking. This effect works even if the hero’s flaw isn’t one the audience personally shares. Most Americans have never been in a battle, but we can generally empathize with a character who gives in to fear and flees from the enemy.

Flaws also offer built-in character arcs, as heroes struggle to overcome their flaws and grow as people. This process converts a character’s attachment into satisfaction. We’re attached to them because they’re so relatable, so we cheer for them to succeed. When they overcome a flaw, it’s a great moment for everyone.

A character who exemplifies this aspect of relatability is Deep Space Nine’s Kira Nerys. She’s a former resistance fighter who seriously mistrusts Starfleet, and who can blame her? She’s just finished a war to kick the Cardassian Empire off her planet, and now another galactic power shows up to “help”? Seems suspicious.

Except that Starfleet really is there to help, and Kira’s paranoia makes her job significantly harder, as she’s always eyeing the other characters for signs of betrayal. It’s easy for audiences to understand her feelings, as many people have worried their coworkers might sabotage them, even if it wasn’t in space. When Kira finally grows to trust Starfleet, it’s a kind of growth we can all relate to.

Flaws become a problem when they manifest as bad behavior and the story doesn’t properly address them. The hero’s paranoia gets so bad that they ruin their coworker’s career, then they offer a Starbucks gift card by way of apology. Or, worse, the bad behavior may not be presented as a problem at all. The hero simply continues to blame their coworker for “looking at them funny.”

When the hero’s bad behavior is excused or goes unaddressed, it builds up a load of bad karma. No one wants the hero to win when they’re mistreating others and getting away with it. There might be some satisfaction in watching the hero crash and burn, but even that will be muted if the failure doesn’t seem linked to the original bad behavior. If the story goes far enough, it can even come across as endorsing the bad behavior.

Regardless, an author who does this is expecting us to cheer for their hero simply because of their main character status. That doesn’t work. It’s challenging to make audiences care about a protagonist at the best of times, let alone when the character is being a jerkass all over the place. Some heroes can still manage it, either because they’re likable in other areas or (more likely) because their privilege gives them unearned slack, but it’s not a winning strategy.

Hopper in season three of Stranger Things is a particularly blatant example of this mistake. Most of his time is spent either trying to control Eleven’s social life or badgering Joyce into dating him. He’s also very loud and aggressive toward both of them. While he occasionally apologizes, it’s never in proportion to what he actually did, nor is there any sign he’s going to stop doing it.

The writers aren’t actually trying to address the problem. They want us to like Hopper despite his bad behavior, or perhaps even because of it. They certainly reward him at the end, with Joyce confessing she does actually have feelings for him, and Eleven deciding he was a good father figure after all. That just makes it worse. Hopper doesn’t have the basic likability to be a good protagonist, leaving him thoroughly mediocre.

Stories need tension, and a sure way to generate tension is by making the hero’s problems difficult to solve. This can be accomplished by making the enemy stronger or the threat more intense, but another option is to craft a hero without the relevant skills and experience needed to overcome the conflict before them.

This is fantastic for relatability. Nearly everyone has felt like they didn’t have the needed skills to do something important at least once in their lives. Heck, adulthood is basically a never-ending series of those moments. So it’s very easy for audiences to put themselves in an unready hero’s shoes.

Much like character flaws, missing skills and experience create lots of plot opportunities. The hero must struggle to learn as quickly as possible either on the job or through a structured program. (Just be careful with that second option, as it’s easy for school scenes to get boring, even if the hero is learning magical sword techniques.)

This strategy is a major boon to Miles Morales* from Spider-Man: Into the Spider-Verse. His enemies are established supervillains, but he’s only just gotten his powers, and he barely knows how to use them. Not only that, but his allies are much more experienced. That sounds like a bonus for Miles, but he doesn’t always see eye to eye with the rest of Team Good, so he often has to overcome them as well. Watching Miles learn to do that is some powerful wish fulfillment.

Alternatively, an unready hero can discover that they need an entirely different set of skills to solve the problem than was first advertised. This is what makes Frodo Baggins work so well. Defeating Sauron sounds like it’ll be a battle of swords and martial strength, but Frodo’s most valuable skill is actually his ability to resist temptation for longer than anyone else. This lets the rest of us feel like maybe we do have what it takes to solve our problems, if we can just approach them in a different way.

As fun as unready heroes are, authors need to be careful with them. If taken too far, the hero stops being unready and becomes undeserving: someone who shouldn’t be the protagonist in the first place. When an invasion is coming, audiences expect one of the experienced generals to take command, not a farm kid who’s never seen a battlefield. If the theater troupe needs a new leader, it should be one of the veteran actors, not the new hire with stage fright.

From a technical perspective, an undeserving hero is contrived. Audiences will wonder why the other characters are putting their faith in someone so incompetent when there are better choices available. The longer this goes on, the more it will feel like the author is bending the story out of shape to accommodate their favorite character.

It gets much worse when a privileged character pushes aside more deserving marginalized characters. This happens in real life all the time, and to see it uncritically copied in fiction is infuriating. It’s still unfortunately common, due to unconscious authorial bias. Writers are simply more likely to notice that a protagonist of color is stepping on other characters’ toes than if a white protagonist does it.*

You can tell the difference between unready and undeserving characters with a simple test: Is there another character present who could do the job better? Frodo and Miles both pass this test easily. Frodo may not be a warrior, but a hobbit has to carry the One Ring, and none of the other hobbits are any better prepared than he is. Miles is just learning his powers, but he still has powers, which makes him better prepared to fight supervillains than almost anyone else. When other powered heroes appear, they either need Miles’s help or are making the wrong choice.

By contrast, Enterprise’s Captain Archer fails hard. He has no command experience, is confused by the concept of bio-contamination, and he chooses a chief engineer who can’t fly shuttles in a straight line. Plus, Archer has an irrational hatred of the Vulcans, Earth’s only ally. It’s impossible to believe that Starfleet doesn’t have a better candidate for command of its most important ship. In fact, we later meet Captain Hernandez, and it’s pretty clear she could have done the job much better. Archer is the show’s main character only by authorial fiat, the most mediocre of reasons.

Relatable heroes can struggle with their flaws and situations they aren’t prepared for. However, if they’re supplanting other characters or just being mean, they’ve entered mediocre territory. Keep that rule in mind, and you shouldn’t have a problem.

Or any version of Spider-Man, really. But Miles is my favorite.
See also gender, sexuality, and other forms of discrimination.

Comments on The Difference Between Relatable and Mediocre Heroes