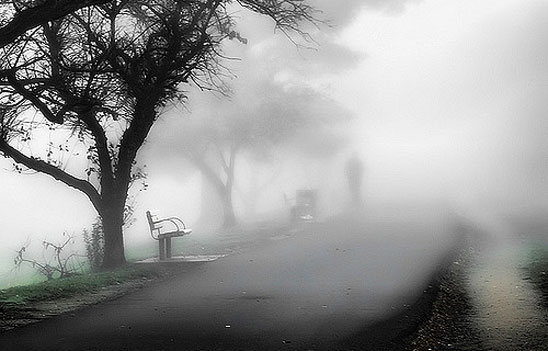 Image by Kasia used under CC BY 2.0 (cropped)

Basic story structure includes a problem at the beginning and a resolution to that problem at the end. But to make their work stand out, some storytellers reject the resolution. The romance ends without the audience knowing if the lovers will be together; the adventure ends with an undecided battle between the protagonist and villain. These endings are supposed to be deep, artsy, or edgy, but when writers end their stories this way, they rarely consider the steep cost.

Before I demonstrate what’s wrong with this, you should know that most tense or mysterious endings actually have a resolution. That’s how they avoid the heavy penalty that comes with a unresolved end.

Endings That Are Uncertain, yet Resolved

If you want your ending to feeling uncertain, these options are more like matches than dynamite. 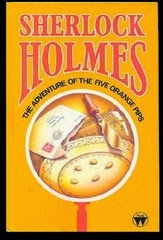 A central question goes unanswered, but it’s clear that it will never be answered. For instance, in the Sherlock Holmes story The Five Orange Pips, Sherlock speculates that the as-yet-unnamed murderer and associates are on a ship called the Lone Star and tries to arrange for their arrest when they dock in the United States. However, he never gets a chance to verify his theory or execute his plans, because the ship is lost at sea.

Despite the mystery of this ending, it still resolves the central conflict. Because the mystery is permanent, the audience must accept it. That in turn provides closure. In addition, these endings usually tie up other plot threads. In The Five Orange Pips, we know what happens to the client who comes to Holmes with the unsolved murder.

However, if you leave readers feeling like a big mystery might still be solved but the protagonist just hasn’t solved it yet, you’re carrying a lit stick of dynamite.

The resolution plays out onscreen, but it can be interpreted in multiple ways. In the 2010 film Inception, the protagonist goes deeper and deeper into a dream state, hoping to accomplish a task that will enable him to go home and see his kids. The last scene shows a touching reunion with his children, but it’s unclear if this is real or if he’s become lost in the dream forever.

Both interpretations resolve the conflict of the story; viewers just can’t be sure which one is correct. This ambiguity is tricky to pull off, and it has to be set up carefully. Inception’s premise involves the difficulty of distinguishing dreams from real life. This calls reality into question throughout the story. On the other hand, the Netflix original The OA waited until the last episode to introduce ambiguity about the existence of magic. By then, it was impossible to make magic imaginary without contradicting previous episodes.

Ambiguous resolutions leave the audience with something to debate over after the story is done, without the large sacrifice that comes with leaving a resolution out altogether.

A clear and unambiguous resolution plays out for the audience, but the events after that leave them hanging. In the 1999 film The Ninth Gate, the protagonist wins the struggle to become the chosen one of the devil, resolving the central conflict. Then he passes through a magical gateway, and who the hell knows what happens next? Does he become immortal? Work as a demonic secretary? Get tortured for all of eternity?

Once you make your story feel resolved, you can open new plot hooks or establish new mysteries that leave your audience on the edge of their seats. Your story is done, and your audience won’t expect you to tack on a second story just to resolve the things you bring up in your epilogue.

This isn’t hard to implement. The only consideration is that you’ll be ending your story on a tense note. If your work is tense, that’s fine. Even if the tense note doesn’t fit your work, an open epilogue still won’t invoke the terrible price of a truly unresolved ending.

The Big Cost of a Missing Resolution 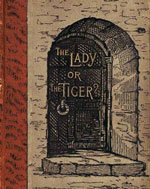 Now we’re on to the dynamite of uncertainty: a central conflict that never resolves. The characters might speculate about a possible resolution in the future, but no resolution appears before the story stops. Stories that do this successfully are rare gems indeed, gems like the famous short story The Lady, or the Tiger?.

The Lady, or the Tiger? works because the writer understood that foregoing the resolution comes with a steep price. A price so hefty the entire work must be written in service to it.

What is this price? You’re about to find out.

Comments on The Big Problem With Uncertain Endings