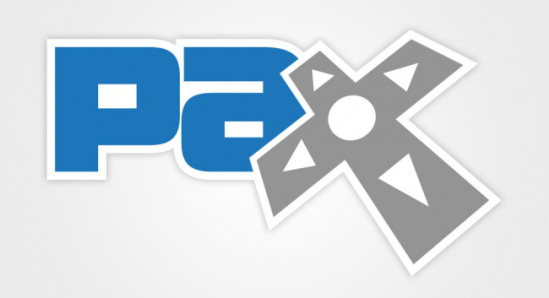 I spent Labor Day weekend at PAX Prime attending some great panels with really smart people. I wanted to share my favorite quotes.

Note: I made my best effort at accuracy, but copying down things said at a panel and attributing them to the right person is difficult. If you see an error, put it in the comments and I’ll fix it right away.

For increasing fun with D&D […] there was a group that I played with that you would… in order to play a mage you actually had to say an incantation, and in order to play a cleric, you actually had to say a prayer to your god, in the way the god would want you to say a prayer. It was funny when someone got Bahamut. […] The thief had to show the DM what he was doing so none of the other characters could see it. […] We also had a bard that actually played music.

A friend of mine […] she had been playing D&D with her family since she was a child, and they had specific house rules that she thought were core to the game. So when she joined the D&D road tour that were basically following core rule books, a lot of the things that she had thought were normal had actually changed.

My group is all 2.5. […] They don’t want to go to the 4.0. They’re burnt out on spending the money on the costly updates. So when we’re playing, sometimes I’ll take some of the rules from 4.0 and slip it in.

Panelists: Karin Weekes, Patrick Weekes, Luke Kristjanson, and a couple more writers whose names I cannot spell and are not written anywhere.

Whenever you’re writing a plot, you need to have interaction between the writers and level designers so it actually flows. I can’t tell a gripping fast-paced story if it’s like: “Oh and here, you’re going to spend 25 minutes on a puzzle section.” That completely blows any of the tension. And by the same token if he’s like: “I want to have this badass combat, I want this to be sweet; I want this to be awesome. It’s going to be an absolute battlefest.” And I’m going like, “Well, okay. How about if I put in a lost puppy? And I want them to be sad, and a little nervous, and really empathizing with the puppy?”

Every time I get my stuff reviewed, I go in going, “Are they going to understand the true depth and beauty of what I was doing here? Are they going to understand that this word referenced this other word, they’re not the same word but they start with the same letter?” […] Then I get to the peer review it’s: I didn’t understand what I was supposed to go do. Or who I was supposed to kill. […] Getting a beautiful, heart-wrenching story doesn’t work. Because it’s a game; it’s interactive. The player has to know where they’re supposed to go, and who they’re supposed to kill when they get there.

There’s plenty of room for the meaning you guys want to impose on the role your character plays in the game. And that’s the big trick of the storytelling: making it feel like yours even when the guts of it aren’t, because it’s about how you feel during it. No, you can’t write the thing, but you play it, and that changes the nature of the experience.

I’m looking forward to games I don’t like. Because if every one of you liked all the same games I liked, that would only mean one thing: NOT ENOUGH FRICKIN’ GAMES.

Hey Vasquez, you ever been mistaken for a man? A discussion of military servicewomen in Video Games

Someone actually did a forensic study of what, for lack of a better way to put it, is boob armor. What that would do if a bullet hit – it would KILL you, the distribution would make it worse. It’s ineffectual armor. And that’s why it’s stated if you put two combat-ready soldiers side by side, they would be completely indistinguishable from one another, because armor is armor, it has to work. It’s not designed to sensualize.

I’ve only seen one movie where a woman in the military wore a dress and she didn’t immediately become a victim. Now, a movie where she did… [Green Lantern]. The thing is Carol is a test fighter pilot. Her job is get into a plane, dynamite strapped to her butt, blast herself into the sky and hope she doesn’t blow up. But the moment we put her in a dress and heels, she faints at the sight of danger. Are you kidding? Really? So she wears a pair of stilettos and all the sudden she isn’t a test fighter pilot?

Everything We Know Is Sexist. Now What?

When I was working on Guild Wars 2, we made a really big effort to be fair with the distribution of our characters by gender. We just would alternate whenever we were creating one, first a man, then a woman, and back and forth. […] It was about right, we were doing some metrics on it and we looked at the numbers and it was roughly fifty-fifty in terms of gender distribution. But when we ran others metrics we realized the men had received the lion’s share of the important lines. So though they might both be speaking equally, women were saying things like “Go there” and “Have some bread.” [Men] were doing 70% of the critical lines in the game even though they were 50% of the population. So despite our best efforts, we had made a sexist game.

I was a literature major in college, and I read a lot of books […] that are considered to be the best works of western literature. And they’re almost all by men. […] So this becomes problematic because not only are we not hearing women’s voices, but even women who are aspiring to be writers are learning about how to write women from men. Our perception of what a female character looks like has been overwhelmingly shaped by male writers.

Interactive narrative can really teach you something about yourself that a lot of other storytelling can’t. You learn a lot about the choices you’d make in situations you might not face in everyday life, and I think that’s really powerful. But there are some downsides. I think it’s harder to get people out of their comfort zone in interactive narrative, they tend to mimic the decisions they would make in real life. So it’s harder to get them into positions they might not normally find themselves in. And when you try to, in a more of a railroaded game, you make them feel like they’ve lost agency, because you take their character somewhere they didn’t want to go. So I think that’s one strength of having a completely linear story that you, as a developer, control. You can have characters make decisions, maybe stupid decisions, that a player might never make.

On making player choices have consequences:

There’s also a balance of when you pay those decisions off. Because if everything’s immediate then it feels like people are less likely to get invested. It’s all knee-jerk responses, the world doesn’t feel like it’s larger, like it remembers things. […] I’ve seen people play sort of “Oh it’s choice and consequences based entirely on what you wear.” No, that doesn’t really count, there’s no real consequence to like “Oh you wore blue instead of red, and then that person died.” You do want a sort of situation where you have balance and weight to stuff. If everything’s all at the immediate and superficial level, then everything feels fake or pointless. But if everything’s played out in a super end game, then people don’t see any sort of immediacy in that and they’re not going to wait around to see how things turn out.

I feel like if we have the player always be the most important person, they risk nothing. […] They’ve already played this game in their heads then, they already know exactly where they want to go. We’ve started them precisely where they want to be. And if at any point, we divert them from that by, I don’t know, playing the game, then they’re gonna get really mad. […] The fault starts with us. We gave them everything that they wanted from the get-go. How do we give them just enough, and give them points where they’re willing to risk that?

You Game Like A Girl: Tales of Trolls & White Knights

The term ‘booth babe’ is an interesting one because it’s an umbrella term for lots of different kinds of people who are there for many different reasons. ‘Booth babe’ can mean anything from professional model who has nothing to do, to any of us who is hired to look a certain way and stand at the booth to get people to come to the booth. Booth babe can also mean… amateur model who knows someone who works there, who has been cosplaying, and has asked to be at the booth, and maybe is or isn’t paid, to the professsional cosplayer who has been playing a certain character for many years and is hired to be there. […] What I’d really like to say ultimately about all of these is “don’t hate the player, hate the game.” Booth babes should be respected wherever they go, no matter what they’re doing, even if they don’t know the game character they’re dressed as, they should still be respected as a person.

I was at Comicon and I was wearing my Psylocke costume, and Psylocke has her butt, and whatever. So this guy in the crowded exhibition hall decided to grab my butt in passing and continue walking without even looking me in the eye, nothing. It was completely just like a… a sniper. And so I whipped around, and I had a side blade, and I pointed it at his chest. I wasn’t actually trying to hit him or anything, but I pointed at his chest, and in a strong voice saying like, “Did you just grab my butt? How dare you. You should not treat any woman like that again. You apologize to me RIGHT NOW.” And everyone around us was like “Wooooaaaah.” And I had my friends with me, and I had my boyfriend with me, but I didn’t care. I didn’t need them to protect me because I knew exactly what I wanted to say. I knew the message I wanted to send. I made him apologize to me twice, because I didn’t hear it loud enough the first time.

In response to the question, “How do you write a character that is then possible for you to fall in love with?”

Emotional Manipulation. It sounds bad, but that’s kind of why you bought the game. Because you want us to make you feel something. I wrote a book that was about heists and cons. And one of the most important parts of any con, any attempt to manipulate, is that you don’t try to con someone by making them distrust you, and you don’t con someone by asking them to trust you, because people are hesitant to do that. You con them by showing that you trust them first. And I think that having a character who starts out putting their faith in you in some capacity. […] That is huge.

The animation guy’s saying, “Please, do not make us do the love scene, because even with the best rendering and all this work it still ends up looking like two Barbie dolls banging.”