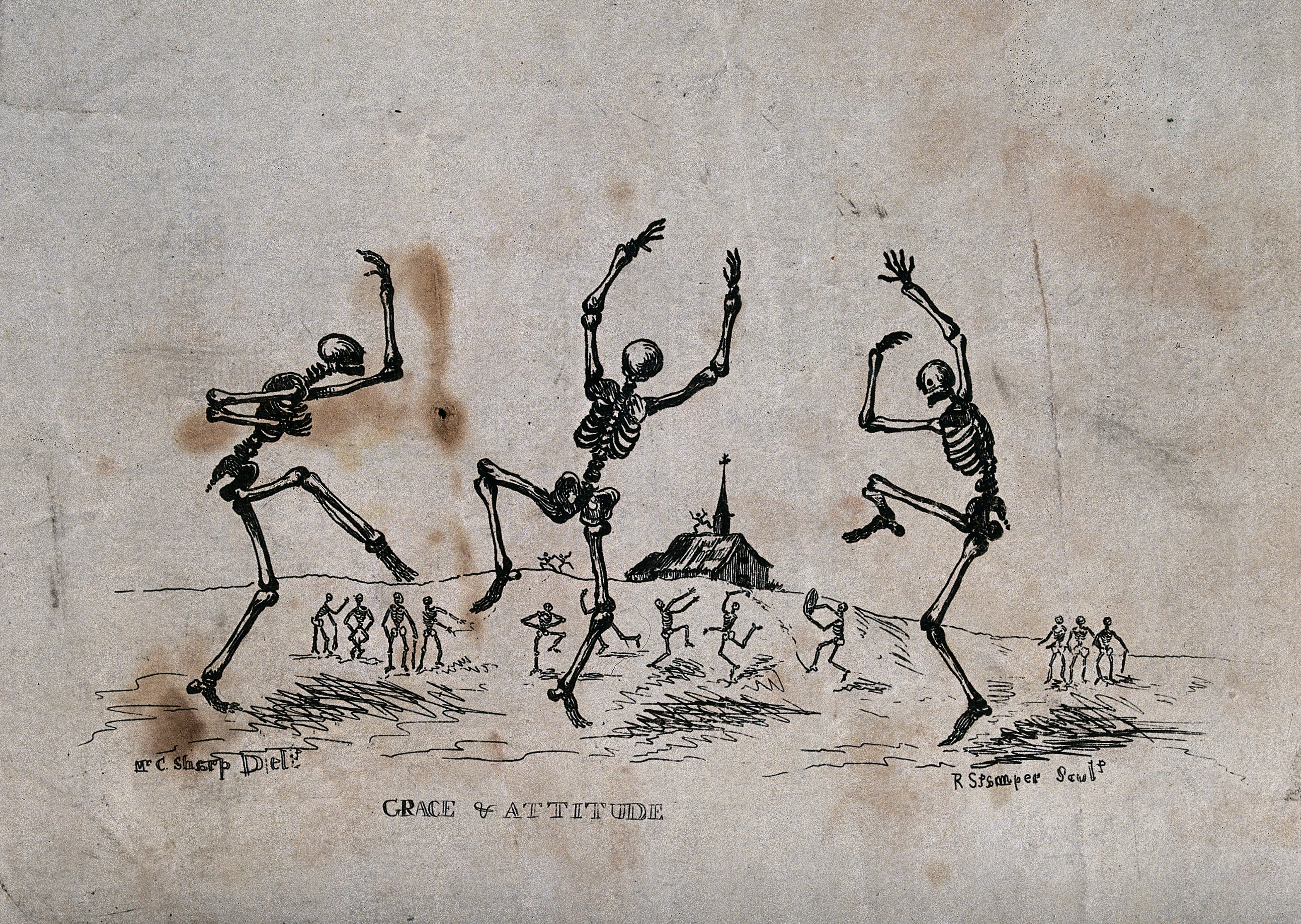 When our favorite roleplaying character finally meets their maker, we all hope it’ll be in glorious battle, standing firm against all odds to protect what they hold dear. Or maybe they’ll go peacefully in their sleep after a long life of accomplishments. But who are we kidding? These are roleplaying games, and in roleplaying games nothing ever goes the way we expect it to. Here are just a few ridiculous ways your beloved PC can meet their end. 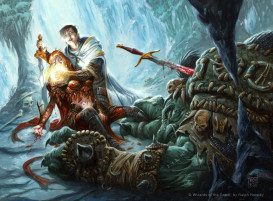 Has your group ever joked about healing someone so much they go all the way around and end up at zero?* It turns out that can actually happen. If you visit a major positive energy plane, you will be continuously healed by the plane itself. However, when the healing exceeds maximum HP, you have to make a fortitude save or explode. Yuck. And you have to do this every round, so unless you have a quick escape hatch, you’re pretty much toast.

The weirdest thing is that you can hold it off by dealing damage to yourself. After all, it only becomes a problem when the healing goes over your normal HP limit. I’d like to imagine that somewhere, there’s a group of planar explorers constantly stabbing themselves in the leg. 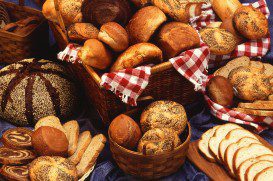 Burning Wheel is a gritty fantasy setting. It has realistic weapons, punishing injury rules, and a highly detailed dramatic narrative system. It also has hilarious baking accidents. You see, in Burning Wheel there are consequences for failing to cast a spell. Your character can be seriously injured or even die. That sounds fitting if they’re calling down lightning or shapeshifting into a dragon. However, it can also happen while casting simple spells like Raise Bread.

Raise Bread is exactly what it sounds like: a spell that makes your bread rise into delicious, flaky goodness. However, if you mess up the casting roll, you’ll be just as dead as if you were shooting fire from your eyes. Your epic sorcerer will be found, collapsed over their oven, hand reaching to grasp the greatest confection in history!

Addendum: For reasons unknown, Raise Bread was taken out of Burning Wheel Gold, the most recent addition. But don’t worry, it’s still compatible if you can find the previous edition’s spell list! 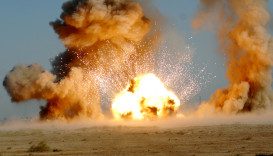 There are plenty of items in Dungeons and Dragons that will kill whomever wears them, but most of them at least have the decency to be cursed. The Necklace of Fireballs works exactly as intended, just with a terrible design flaw. Each necklace has a number of red orbs on it that when thrown – you guessed it – explode into a fireball. That’s a handy item to have, no?

However, if the wearer is hit by a fire-based attack,* there’s a good chance that every orb will go off at once. If you have a higher end necklace, it will almost certainly kill you and the rest of your party. Their spirits will haunt you in the afterlife for not accessorizing better. Seriously, just go with a wand next time. Torchbearer is a game that eschews conventional hitpoints. Instead, characters have a number of conditions that track how well they’re doing. Characters can get angry, afraid, injured, or sick. Some of these conditions are more serious than others. Sickness in particular levies a penalty on almost every action. Harsh! What’s worse is that if you ever get sick when you’re already sick, you die.

That’s it. No appeal. Straight off to meet the reaper. The strange part is that sickness is hardly debilitating. Your character can still raid dungeons and fight monsters. The penalty is roughly equivalent to working when you have the flu. Not fun, but it could be a lot worse. However, it seems the only stage after moderately sick is dead. The big lesson to take away from this is never go to work when you’re sick. You could die. I hope your dungeon has a generous sick time policy. 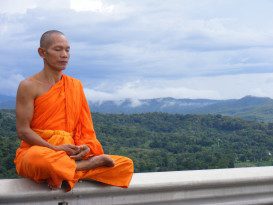 The Barbarian Rage is a hallmark of D&D. Even non-gamers have some idea of what it does. You go into a blind rage, making you stronger and more resilient. Mechanically, one of the effects is extra hitpoints. That’s great if you’re fighting some evil wolves or whatever, but when you stop raging, the bonus HP goes away. This can put you below -10, and we all know what that means. You calm down, and immediately fall down dead.

Now it’s not unreasonable to say that someone who is super angry could ignore the pain from injuries that would otherwise incapacitate them. We’re all familiar with the trope of someone channeling rage in a fight before collapsing from blood loss. However, D&D rarely includes bleeding rules. Instead, barbarians can ignore the effects of an instantly fatal wound through the sheer power of rage.

I guess those anger management classes weren’t such a good idea. Burning Empires (BE) is a game with strict narrative rules. Players can’t just do whatever they like; they have to frame it in terms of scenes and plot occurrences. It’s a game more about commanding armies and leading powerful factions than personal combat. Therefore, it’s difficult to kill another important character, be they PC or NPC. That is, unless you can make them argue better than you.

How does that work? BE has the Duel of Wits, which is basically a combat system for arguments. Like real arguments, it rarely goes completely one way or the other. The loser can generally demand a compromise. Oddly, one of those compromises is “Escalate to Violence,” meaning you can demand one round of combat with the other guy. Only the loser can demand this concession.

This doesn’t guarantee a kill for certain, but BE’s combat is so lethal that if one character is built for it and the other isn’t, death is likely. So, in the immortal words of C3PO, let the wookie/dude in power armor win! 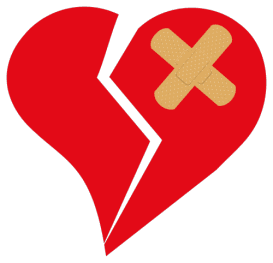 Isn’t it great to find true love? It’s even better if your paramour is an adventurer like you; you’ll have so much to talk about! Or, if by some chance they are an adventurer and you’re not, they can shower you with more gold pieces than you’ll be able to spend. That is, until they get in a fight with a particularly vindictive wizard.

The Book of Vile Darkness has a spell called Love’s Pain.* The spell’s target takes no damage or any other ill effect. Instead, their dearest loved one takes 1d6/two levels of the caster. There’s no range limit, not even a save! Pretty much the only defence is to be in an antimagic field.

So you could be going about your business one day and then keel over dead because someone was angry at your significant other. Worse, this could be someone you’ve broken up with but who still carries a torch for you. There’s also some amazing potential for awkwardness. Imagine an evil mage casts this on your spouse, and then the sexy bard starts convulsing in agony?

8. A Bomb on the Other Side of the Planet, Dark Heresy 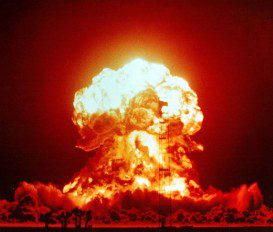 The Warhammer 40k universe has never done anything small. Its ships, empires, and wars are all enormous. So, as it turns out, are its accidental explosions. There’s a substance in 40k called promethium, which is used as fuel for pretty much everything. It’s also used to create explosives because – according to the Inquisitor’s Handbook* – it’s highly flammable. It has an explosive radius of four meters per kilogram of the stuff.

Because the book makes no mention of anything that would stop this from scaling up,* we can extrapolate out from there. As mentioned, promethium is a fuel source for almost all vehicles in 40k, which means it would need to be stored in large stockpiles. If we take something the size of a modern day gas station* as our base, we’re looking at around 162,000kg of the stuff. That’s probably a little low considering how massive everything in 40k is, but we’ll go with it.

If that blew, it would create an explosion nearly ten times the size of Washington state. We know promethium is easy to set off because it’s explosive power comes from flammability. Even if the stuff they use as fuel doesn’t have the same explosive power as the weaponized version, it would easily create an explosion more powerful than anything in human history. This would almost certainly set off other stockpiles, leading to a chain reaction on densely populated Imperium worlds. All you need to wipe one of these planets clean is a moderately sized incendiary bomb. 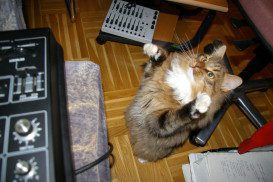 This is an oldie, but a goodie. Cats have long been the bane of level one characters in Dungeons and Dragons, especially if said characters are wizards who have already exhausted both of their magic missile castings. It’s even worse if you’re a commoner. The cat has a respectable 14 armor class and 3 attacks per round. Each attack will only deal one damage if it hits, but at low level that’s all you need.

While this might be a problem for the wizard or commoner, surely a well made fighter would have no problem defeating the furred menace? That’s probably true, but imagine if there were… two cats. Or even three. Then they would get flanking bonuses, somehow allowing them to scratch through metal armor. Also, they’re pretty damned sneaky with hefty bonuses to hide and move silently, so they’ll get the drop on you!

They can jump too, so make sure to wear a helmet! 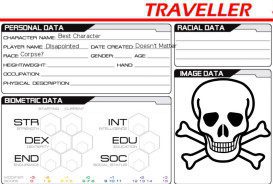 Traveler is the only game I’ve found where your character can be dead before you even start playing them.* Essentially, your character has the option of continuously taking extra tours of duty in the space navy, with each tour giving you more skills and abilities. In classic Traveler, each time you took one of these tours, your character had to pass a survival test. Failure meant that character had died in the line of duty, and you had to start over. New Traveler preserves this in a special option called Iron Man Mode.

Ironically, this prologue death mechanic was actually good for players in some ways. Traveler’s character generation system was incredibly random, and it was easy to end up with a character you had no wish to play. All you had to do was keep taking more tours of duty until that character kicked the bucket, then you got to roll up a new set of hopefully better stats.

If that wasn’t enough, there was another, even more powerful element to it. Each tour of duty made your character more capable, and the big limit was that your character might die. Except that if they died, you just started again, repeating the process until you have a character with the optimal number of tours. Take that, Grim Reaper. You only make us stronger!

This dynamic, along with most of the entries on this list, was almost certainly not what the creators had in mind. Rules don’t always work out the way they were intended, especially for independent games with limited play-testing. On the other hand, it’s no coincidence that half this list is from 3.5 Dungeons and Dragons. That system had endless pages of poorly planned material.

As players and game masters, we have to be on the lookout for these kinds of problems. We have to think like designers, identifying issues in the rules before they come up at the table. Unless of course, you think any of the above is sufficiently hilarious, in which case carry on.

Comments on Ten WTF Ways To Die in Roleplaying Games