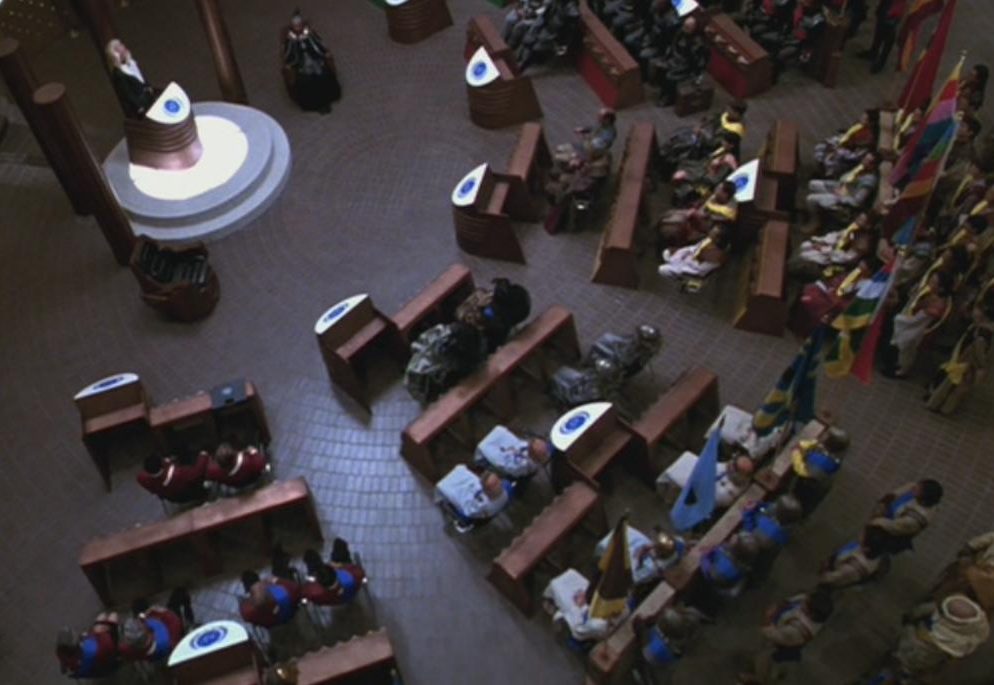 Politics, in *my* Star Trek? It's more likely than you think!

You know what I can’t stand about speculative storytelling? The politics. I know, it seems like I mostly object to poorly constructed plots, underdeveloped characters, toxic messages, and so on, but really it’s the politics. You just can’t have a good story if there’s politics involved. I don’t know who created that rule or even what it means, but I do know that it’s time to take the politics out of our favorite stories, thus unruining them forever. 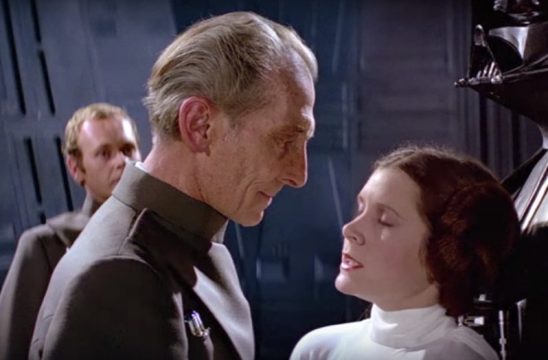 The first Star Wars film is pretty good until we get to the Death Star plot, and then the whole thing goes off the rails. You might remember how after Tarkin annoys Leia by blowing up her home planet, she totally overreacts by ordering her forces to destroy the entire Death Star in a climactic showdown. Uh, wow, way to be hyper partisan about this, Princess. Did you even consider Tarkin’s point of view at all? Sure, blowing up Alderaan as part of a campaign of terror might seem bad, but what about the next time you want to blow up a planet as part of a campaign of terror?

If Star Wars were a true and good, unpolitical story, Leia would have negotiated with Tarkin over how many planets got destroyed. Maybe Tarkin wants to destroy 100 planets, and Leia bargains him down to 99 planets instead. See, that’s progress, and it didn’t require anyone to get uncivil by sending X-Wings on a trench run. Now, when Leia wants something from Tarkin, she can bring it up for a reasonable discussion. Tarkin won’t give it to her, of course – he is evil after all – but the important part is that they’re talking.

I know that some of you are objecting to this rewrite on the grounds that it’s less exciting, but sometimes that’s the price we pay for making unpolitical stories. There’s just no room for stories about scrappy rebels bringing down an evil empire anymore. From now on, we’ll have to watch the good guys mildly disapprove of the villains’ plans. I think we can all agree that it’s for the best. 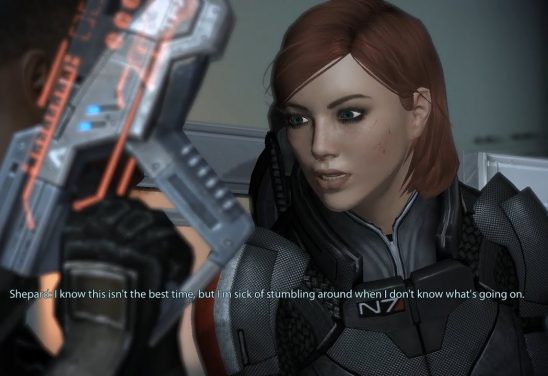 With such a glorious and unanimously beloved ending, I bet you’re surprised to hear that Mass Effect 3 has a problem that must be addressed. This happens when the Reapers finally arrive. That’s great and all, but then Shepard goes to defend Earth specifically, just because that’s the one currently being attacked. Military command also calls in lots of reinforcements to defend Earth and only Earth. How political of them!

Look, I’ve got no problem with Earth. I’m sure it’s a lovely planet. But why is it getting all this special attention? What about all the other planets that aren’t currently being attacked by the Reapers? Do they not matter?! Apparently that’s what Shepard thinks, as she rushes to defend Earth with no consideration for anyone else’s homeworld.

Oh, and it gets worse! Later on, Thessia gets attacked, and suddenly that’s the planet we’re supposed to care about. Then it’s the Turians’ turn, and again, Shepard rushes off to defend them and only them. It’s really obvious that Bioware is playing favorites with whichever species is currently under threat from the genocidal AIs who wait beyond the galaxy. If Mass Effect were nonpolitical, like a proper game, Shepard would randomly choose a world to defend or maybe just not defend any of them. That way we’d know that all planets matter equally. 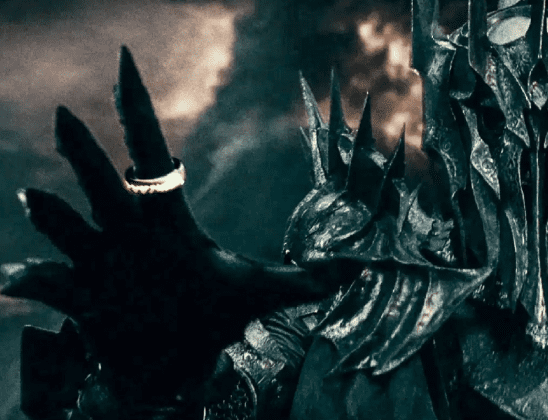 Look, even I have to admit that Sauron, the Dark Lord of Mordor, has made some mistakes in his life. When he tried to enslave all of Middle-earth at the end of the Second Age, that wasn’t great. And when he tried again in the Third Age, I was the first to say it was a major violation of accepted norms. I still think that assembling an alliance of Elves and Men may have been a bit extreme as a reaction, but it’s clear that wrong was done on both sides.

That said, it is unforgivably political that a bunch of Hobbits then try to destroy Sauron’s legacy as one of Middle-earth’s greatest jewelers. Have you seen the beautiful golden rings he made? They’re just precious! He was kind enough to make three for the Elven-kings* under the sky, seven for the Dwarf-lords in their halls of stone, and a whopping nine for Mortal Men, doomed to die. Sorry, that got a bit dark at the end, but the point is he only kept one single ring for himself.

Despite this generosity and beautiful craftsmanship, preachy SJWs like Frodo Baggins and Samwise Gamgee insist that we need to stop using these rings. They want to cast one into a volcano, if you can believe that, all because of some totally unrelated mistakes on Sauron’s part. Frodo even claims that using the rings gives Sauron power, saying “I wish the ring had never come to me.” Jeez, have they never heard of separating the art from the artist? If Lord of the Rings really wanted to be unpolitical, Frodo would put that ring in a place of honor. Like, my pocketses, perhaps.

4. Cylons Get the Right to Bear Nukes 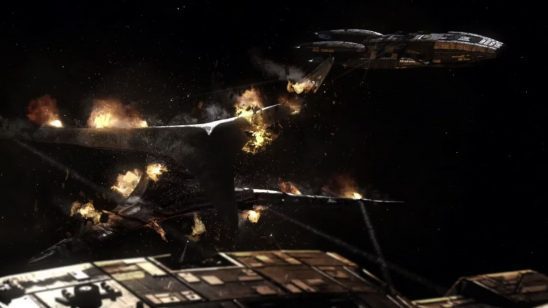 At the start of 2004’s Battlestar Galactica reboot, we learn that the Colonial Government has set up a powerful and intricate defense network to protect its planets from a sudden Cylon attack. In fact, the human system is so strong that the Cylons have to send an agent under deep cover in order to bypass it and rain nuclear fire down on the Twelve Colonies.

I think we can all agree that this is an obvious violation of the Cylons’ rights. I mean, who are the humans to say where their archenemy can and can’t bring a ship full of nukes? It’s Big Brother run amok, is what it is! What’s more, it’s an obvious political statement. If BSG wants to take away the Cylons’ nukes, what’s next? Soon they’ll be coming for our oddly octagonal money and our weird space basketball!

The only way for BSG to rid itself of this obvious political bias is to rewrite the early episodes so there are no restrictions on when and where the Cylons can bring their apocalyptic arsenal. That would prove that the show values freedom, a completely nonpolitical concept. In the next reboot, I expect to see raiders bringing nukes right up to Caprica without being bothered by Starbuck or any of her pesky Vipers. No one should have to seduce Gaius Baltar just to do a little genocide. 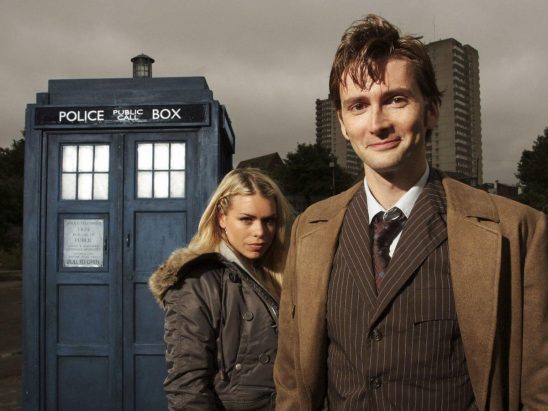 Doctor Who is all about one man traveling across time and space entirely on his own volition. He wields this awesome power without any concern for what other people might think, and he certainly doesn’t let any government tell him what to do. More than once, the fate of the universe has rested entirely on his whim, which I think we can all agree is perfectly nonpolitical. He’s even a lord, apparently.

But if you watch enough episodes, a disturbing pattern emerges: the Doctor is always keeping other people (evil aliens) from using the TARDIS for their own purposes. He’s restricting their access to time travel, and what is a restriction if not a regulation? Oh my, suddenly it’s so very political in here! Who does the Doctor think he is, telling other aliens what they can and can’t do to the fabric of time?

Unless Doctor Who wants to come down on the side of Big Time Travel, the only option is for the Doctor to give out his TARDIS to anyone who asks. Only when the Daleks, Cybermen, and Slitheen can change the timeline at will, shall we all be free. Well, we won’t be free exactly. We’ll probably be enslaved or exterminated by Daleks, Cybermen, or Slitheen. But we’ll certainly be less political about it. 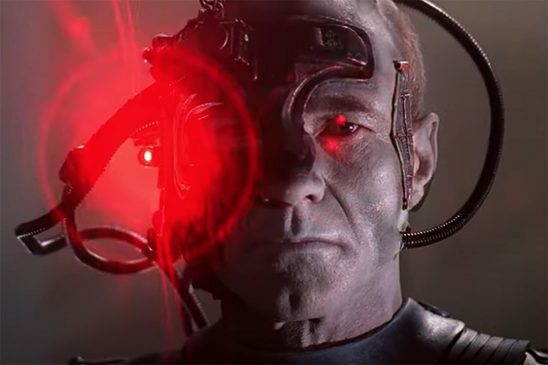 The Borg are without a doubt Star Trek’s best villains, especially in their early appearances. It’s a terrifying sight when that titanic cube burns a path toward Earth in “The Best of Both Worlds,” and the tension reaches new highs once Picard is assimilated. You’re really on the edge of your seat wondering how Riker and the rest of the crew will save the people of Earth from sharing the captain’s fate.

But then you have to ask, should the Enterprise really be fighting to protect everyone on Earth? That sounds like some people would be getting something they didn’t earn, which is disgustingly political. In a story that wasn’t so obsessed with politics, there would be some arbitrary metric to determine which Federation citizens deserve to be saved. Perhaps, as a completely random example, it could be based on wealth, since having people pay for the right to live is a very unpolitical and neutral choice.

I can already hear your objections. “But, Oren,” you say, “the Federation doesn’t have money, so how can they enact this very rational plan?” Fortunately, there is a solution: they can pay in gold-pressed latinum. Just a few hundred bars, nothing too onerous. And for those who don’t have a bunch of latinum lying around? Well, they can just sell their vacuum-desiccated remains on the Ferengi exchange. I hear they offer very generous rates!

There we have it: all politics successfully removed from some of our favorite stories. It’s unsettling how many of them turned out to be so political in the first place, but I think we can all agree that they’re greatly improved now. But we must not rest, as there are so many other stories out there just chock full of politics. Next time, we’ll examine how Supernatural’s Sam and Dean should let the demons eat at least one child, as a treat.

Odd place for a hyphen but you do you, JRR.

Comments on Taking the Politics Out of Six Popular Stories