You wouldn’t want your friends to cry when they ate your cooking. You wouldn’t want to give them a prank call that made them feel they were in danger. But if they told you they cried or felt afraid while reading a story you wrote, you’d probably take that as a compliment.

We Want Our Stories to Feel Real

Storytellers want to move the audience to experience the emotions of the characters. The idea is if the audience feels the lows of the story — like tragic deaths and humiliating defeats — the high points mean something. If your friend cries with your characters, they will rejoice with them too.

But as people have consumed an increasing number of stories, creating suspenseful and tragic scenes has become more difficult. A protagonist in a long-running series could be put in a life-threatening situation over 150 times in the course of the show. Most survive them all without a scratch, forgetting every traumatic experience they had. The threat to the character didn’t seem real during those 150 scenes because it wasn’t. Then audiences apply their experiences with that story to all the others they consume.

It’s not just suspense that’s destroyed. If important characters never die, what does the audience have to cry about? No sooner does a redshirt enter a scene then the audience declares them dead, preventing any emotional attachment from forming.

But It Comes at a Cost

While many storytellers are caught playing a game of poker where they’ve already bluffed 99% of the time, some resolve the problem by making good on their threats.

Joss Whedon is one such storyteller. He’s notorious for killing off characters and for “hating happiness.” I heard he dislikes that last phrase, but he’s earned it – in every series he’s directed, at least one important character was killed off at the end. Even his romances end in tragedy.

But it works. In his movie Serenity, there was a point during the climax when I truly wondered if he was just going to kill everyone. I can’t think of any other movie outside the horror genre that put me in real suspense at the end.

On the other hand, my most unhappy, discontented moments with Whedon’s works were the direct result of what he’s done to keep that suspense going. This was how my first viewing of Cabin in the Woods went:

3. This is great EXCEPT MY FAVORITE CHARACTER DIED! 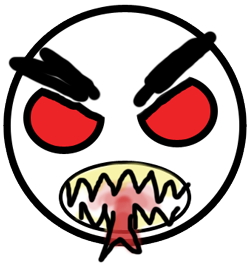 4. Wait! He’s back again, I forgive everything, this is great.

Since I felt the low of the story — the tragic death of a character I cared about, I should have gotten a great emotional payoff when I found out he was alive, making the movie more fun overall. Instead, my experience in believing the character was dead was a blemish on an otherwise enjoyable viewing experience. I would have had a better first watch if it had been blatantly obvious throughout the whole story that he would live.

Another storyteller that doesn’t bluff is George RR Martin. He’s dedicated to keeping his plots unpredictable. That’s why he killed off an entire family in a notorious scene known as the Red Wedding. After the episode including this scene, The Rains of Castamere, aired on HBO, there was an enormous outcry from fans who somehow didn’t know they were watching Game of Thrones.

Is It Worth It?

So to make our stories feel real, we have to kill off important characters. But even though our audience will be upset at the time, it will enhance their enjoyment overall, right?

Maybe not. A couple years ago, researchers at the University of California tested 12 stories on over 800 study participants. The stories they used were the type where suspense and lack of knowledge would be considered critical — mysteries and stories with twists at the end. However, they found the participants actually enjoyed the stories more if they had been spoiled. A small caveat — among the study participants women outnumbered men by almost four to one. This doesn’t mean men don’t like their stories spoiled though, it just means we don’t know for sure. The fact that women do should be enough.

So all the time and effort storytellers spend trying to maintain suspense and mystery could be counter-productive. Many people just want to enjoy themselves when they consume a story, and there are numerous ways to enhance that enjoyment without making sacrifices. There’s never much suspense the second and third time around, yet people frequently rewatch movies or reread stories.

If you’re a storyteller, it’s worth considering what’s more important to you: emotional impact or audience enjoyment. It could be emotional impact – George RR Martin reports that he’s gotten just as many letters in praise of the Red Wedding as against, because of how powerful the scene is. But if your goal is fun and enjoyment, don’t stress out if your audience can predict that your protagonist will live, or your couple will get together. Having assurance that everything will be all right allows them to relax and savor the moment.

Comments on Should You Spoil the Suspense?