Six Tricks to Get Your Players Involved in the Plot 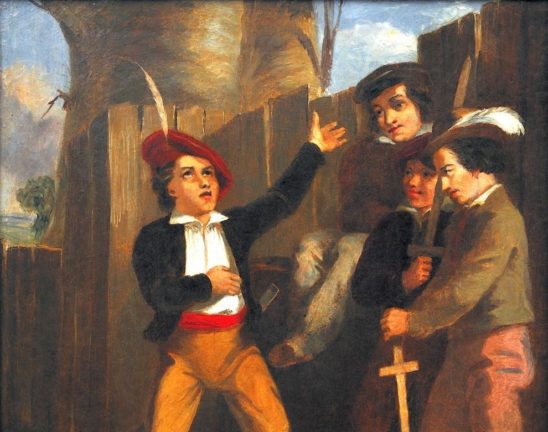 Roleplaying stories are about collaboration. Otherwise, it would be easier to just write the story in prose form.* But how do you, the GM, get players involved in your creative endeavor? For many players, you need only ask what they’re interested in and adjust your narrative accordingly. But some players are shy, inexperienced, or have something else going on that makes it difficult for them to tell you what they want out of the story.

How do you reach those players? These tricks might help.

1. Listen to Their Banter

Some players don’t suggest the things they want to do because they’re afraid of being shot down, but they’re more willing to bring it up in the context of a joke. Listen when your players are shooting the breeze. If one of them jokes about how cool it would be for their character to end up as the secret heir to a lost kingdom, ask if they’re actually interested in that. If they are, make it happen.

If possible, create an online group to facilitate player chatting.* This way, you can go back and examine what the players have said at your leisure. If you’re planning a pirate campaign, but the players keep posting about how cool it would be to start a newspaper, perhaps it’s time for the adventures of the Pirate Periodical.

Getting inspiration from player banter is hardly an exact science, and it will lead to some false starts, but it’s still worth doing. Some players are almost phobic of approaching the GM with what they want, and this might be the only way to reach them.

2. Look at Their Abilities

For example, if a player buys high ranks in the Administration skill, you could craft a story about the PCs needing to take over a failing business in their home city. This business produces the only amulets in the land proven to keep dragons at bay. If it goes under, the city will soon be overwhelmed! Not only will the player get to roll the skill they spent so many points on, but that aspect of their character will make them the center of attention for a while.

If a player has purchased a suite of powers to let them interact with spirits, then you’d better put some damned spirits in your story. Spirit allies, spirit antagonists, spirit comedy relief! Because the player has invested their hard-earned points in this option, they’ll be a lot more responsive than they would be to some random NPC offering them a quest.

3. Offer Them a Special Power

Okay, some systems don’t have enough granularity in their mechanics to tell you what players are after just by looking at their character sheets. A game like Primetime Adventures only has a handful of traits, so what’s a poor GM to do? Don’t worry, you still have options.

If a player isn’t big on expressing themselves through their existing mechanics, offer them a special power. This power can be something from existing rules or entirely of your own making. It might do a lot of damage or be useful purely for plot purposes. What’s important is that you make the power somehow tied into the plot.

Players like special powers and will usually jump at the chance to explore one. Bonus points if you make the power somewhat unsettling. If you’re running a Crystal Gem game with Primetime Adventures, for example, you can reveal that one of gems has suddenly manifested new shapeshifting powers that can’t be completely controlled.

Now that gem’s player has a double incentive to investigate their powers. First, because they have cool shapeshifting powers. Second, because something is clearly happening to them, and they need to figure it out! Of course, you then slowly reveal that the powers’s source is none other than the campaign’s final boss! How devious you are.

Through accident or design, some players create characters that don’t care much about what’s going on in the world around them. They’re content to drift through the story without having much impact on anything. You can make them care by threatening their lives, but that gets stale if you do it too much.

Instead, create someone who depends on them. It’s said that if you want a person to be responsible, give them responsibilities, and this holds true in roleplaying games. If the carefree PC has someone to be responsible for, they’ll be more conscious of the world around them.

PCs tend to be exceptional individuals, so it’s easy to explain why people would want to follow them. Did the character make a really high sword roll in the last boss fight? Great, now half a dozen students have traveled from across the kingdom to study at a master’s feet. Oh, and they don’t have any money to get back. Or any food. Only the most heartless player would send them away!

These followers should be more than a drain on resources. They can be useful, either helping the character with important tasks or taking care of whatever the character can’t attend to personally. With this new aid and responsibility, the player will have more incentive to care about what’s going on around them. They might have ignored the terrible famine before, but now their students are having trouble finding food, and that will not stand.

You can scale this method up for any campaign. If you’re telling an epic story of government intrigue, the handful of students could be replaced by an entire spy agency. Either way, the key is to make the player feel like their decisions have weight.

Offering your player some followers didn’t work either?* They were deaf to the suffering of nameless NPCs, but that’s okay, because you have another trick up your sleeve. Instead of a group of NPCs, you’re going to focus on just one.

In nearly every roleplaying campaign, each player will have at least one NPC they really like. They can be a mentor, friend, ally, love interest, or even an enemy. For whatever reason, they’re someone the player has latched on to. Systems like Primetime Adventures have this built into character creation, but it works in a system like D&D as well. All you need is an NPC that the player’s taken a shine to.

Now you’re going to use that affection to get the player involved in the plot. You can always kidnap the NPC or otherwise put them in danger, but your player might come to resent the NPC if you employ such a cliché. Instead, reveal something startling about the NPC’s backstory that somehow links them to the main plot. They might be a secret agent charged with taking down the big bad or the only person who knows the secret of defeating the villain’s ultimate sword technique.

The NPC gives the reluctant player a handhold in the story. They might not have been terribly motivated to take down the magical conspiracy before, but now they know that their loyal assistant is a product of the conspiracy’s terrible experiments. The assistant needs to get into the conspiracy’s headquarters in order to live, so the player had better hop to.

It doesn’t matter if you never planned the NPC in question to have such an important backstory. Just go with it, and figure out the greater ramifications later. Getting your players involved in the story takes priority over any narrative neatness.

6. Make an Important NPC Run From Them

Wow, your players still aren’t involved in the plot? Then it’s time to bring out the big guns. The next time your players are wandering aimlessly, describe an NPC seeing them and then turning tail to run. The PCs will give chase; I guarantee it. Something in the players’ psyche compels them to, like cats chasing a laser pointer.

The NPC can be someone familiar or not, just make sure they’re important to the plot. Once the players start the chase, they’ve taken the first step on involving themselves in the plot. If they catch the NPC, then the party must decide what to do with their new prisoner. If the NPC gets away, where did they go? Keep the trail active until the PCs have stumbled their way into the real plot. Worst-case scenario, you can always have another NPC run from the players.

This might seem like a dirty trick, but it’s for a good cause. While some players easily involve themselves in the plot, others will always require a bit of coaxing. Making sure everyone is an active participant is probably the GM’s most important job. If players aren’t involved in the story, then they can’t collaborate, and if we can’t collaborate, then why are we playing roleplaying games in the first place?

Certainly you’d need fewer dice.
Facebook is probably easiest, but the platform doesn’t matter so much.
Or whatever the equivalent of character points are in the system you’re running.
You sure do have stubborn players!