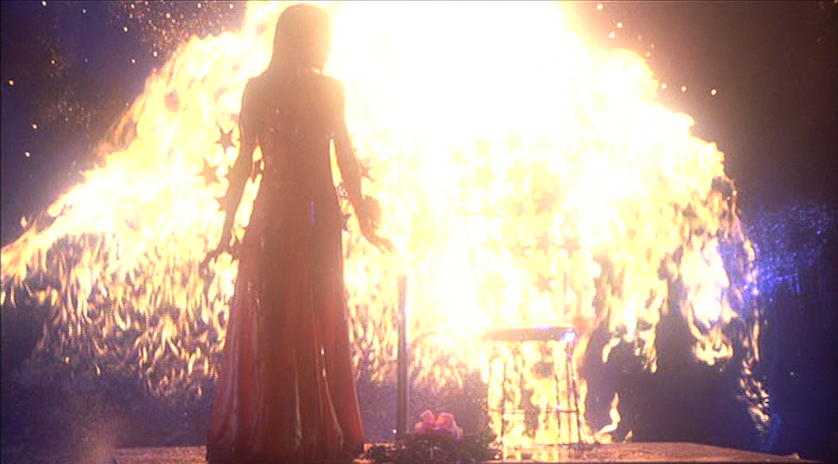 Stephen King* has published over sixty books since 1974 and has at least five film adaptations in development purgatory at any given time. He has no shortage of opinions on his chosen field and the audience he sells it to, which he celebrated in his Entertainment Weekly column “The Pop of King” from 2003 to 2011. As an author he has achieved what would-be writers dream of: he is a household name for doing what he genuinely likes. What does he like? Scaring the bejeezus out of us.

But in a genre that is seen as predominantly male, it’s overlooked that King’s big career-making debut was Carrie, the traumatic coming-of-age story of a bullied teenage girl with telekinesis. The story only contains a handful of active male characters* and is centered around the difficulties that come with being an outsider and being a young woman. The fact that Carrie is such a female-centric novel, however, is easily ignored by even the most manly-man readers once they get their first taste of that patented King-style cruelty.

Carrie acts as an introduction to the world of King, not only for the recurring themes of fanaticism and alienation but also the female character models that have become commonplace in his forty years of work. These six archetypes have made their home in his writer’s toolkit.

The 90’s saw the novels that fans have named the “abused wife trilogy.” While they weren’t the first time King’s audience saw a protagonist put through the wringer, they were the ones with the most heightened need for revenge for both protagonist and reader catharsis. The endings aren’t always happy, but damn you can’t look away.

In Dolores Claiborne, King goes to great lengths to show the abuses suffered by the title character at the hands of her brutish husband. When she decides he needs an untimely accident, the reader is not only behind her but also knows that it’s the only fitting way for the story to go.

While not always a wife, this character is almost always a woman. Their main purpose is to act as an obstacle for a male character trying to get from plot point A to plot point B. They’re not an active character so much as someone who just has the plot happen around them until they trip it up. They usually die.

Take Rachel Creed of Pet Sematary. She refuses to let her husband Louis talk with her precocious daughter Ellie about the workings of life and death. As such, when the family cat ends up as street pizza, her Louis buries the cat in the soured ground behind the nearby pet cemetery, bringing it back as a benign zombie. This gives him some bad ideas on how to deal when an even bigger loss strikes the family. In her case it’s her inaction that builds conflict and her actions that block progress.

When a character as culturally revered as the mother figure falls into the hands of a sufficiently subversive mind, it can be feared for the same qualities that make it beloved. Look no further than Margaret White, the abusive matriarch of Carrie, for this one. She is willing to hit, belittle, and lie to her daughter in the name of a life of humble chastity. She thinks to do otherwise will send her daughter to hell. What makes her and her type so frightening is that all of the cruelty and abuses heaped upon her child come from love. It’s easy to hate a character who’s cruel out of plain malice, but the perversion of that misplaced affection is enough to make your stomach churn.

A universal truth to horror: by the end of the first act, you know that one chick is toast. Maybe she’s too nice to exist in a book where children are eaten by clowns; maybe she’s too darn sensible for an atmosphere of panic; maybe she’s clearly the main character’s sanity-tether; or maybe she’s just there. No matter what the gut reaction, there’s always that one character whose whole purpose is to soon be dearly departed. Let’s all take a minute and pour one out for those who were just too precious to see another chapter.

Readers of Firestarter only get a brief look at the McGee family’s domestic life before they are hunted down by a shady government agency. But even that glimpse is enough to know that things can’t end well for Vicki, the loving wife and mother of the main characters. Not if said agency is going to scare them out of suburbia. Once she is dead, so are both the McGee’s nuclear family and their illusion of safety, leaving them to mourn while they scramble to escape.

As opposed to the cannon fodder, where the character is set from the beginning to be someone the reader will hate to see go, this is the character who they just can’t wait to see bite the big one. She also serves as a necessary function of the above mentioned “Victor turned victim.”

King has a definite penchant for writing the unlikable. Through the course of Misery, antagonist Annie tortures her captured house guest with such a degree of sadism that the reader is right there with him as he repeatedly tries to kill her. Every blow is an act of retribution that the reader has wanted to dole out from the start.

Killing an intensely bad guy can be used in a few ways: 1) catharsis 2) giving the reader the gift of enjoying a grisly end guilt-free 3) making said grisly ending morally justified in the name of good versus evil.

The s**t-creek survivor is the literary equivalent of dropping a mouse into the center of a terrifying maze to see how it works its way out. A character is put into a life or death scenario and has to figure out how to survive through their knowledge and creativity.

King’s stream-of-consciousness writing style benefits what would otherwise be unbelievably level-headed characters mid-crisis. The reader gets a stream of panic and rambling before any good ideas are considered. After all, even a reader with the world’s strongest suspension of disbelief can only accept so much pragmatism in the face of the shrieking madness from beyond.

Though ideally, we’d all like to think we could MacGyver our way out of a bad scene like Jessie of Gerald’s Game. She spends the majority of the book handcuffed naked to a bed. Between hallucinations and painful childhood flashbacks, she not only keeps herself alive but frees herself, from both the bed and the lifetime of self-doubt that led her there. It’s proof that in a King book, when you get pragmatism, you get PRAGMATISM.

Stephen King readers will see female characters ranging from ones that aren’t much more than stock figures to ones that are fully realized and formed. Since even the stock figures built his horror legacy, you have to wonder: is it his skills or the tastes of horror readers? Either way, he is guaranteed to have his readers coming back for more, flaws and all.

For those of you who live in caves without access to libraries or daytime cable.
Less than half a dozen, and that’s counting Jesus.