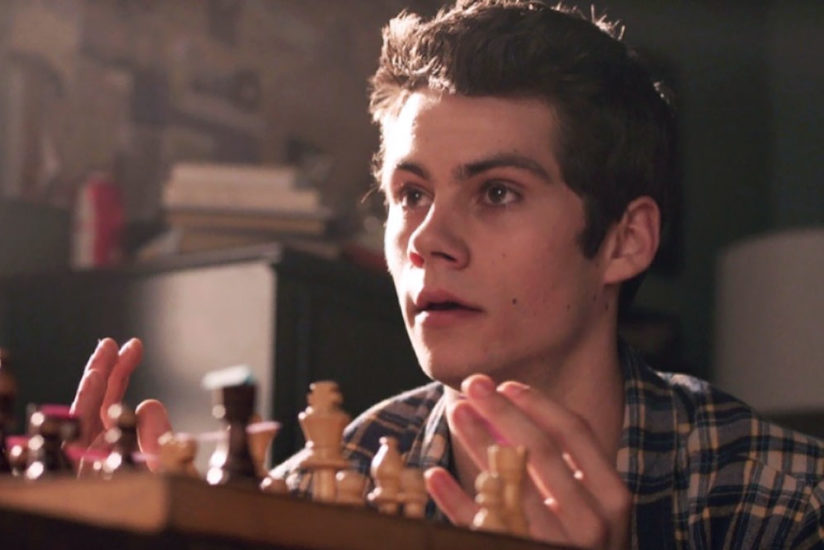 Stiles from Teen Wolf is a witty underdog.

A good sidekick has a distinct personality that makes them stand out and creates contrast with the rest of Team Good. They need to contribute to the team, but if they’re too powerful, they might steal the hero’s spotlight. If you’re on the hunt for sidekick ideas, I have all those points covered with these six archetypes. Even better, you can mix and match many of these traits to create something unique.

Unlike the other members of Team Good on Avatar: The Last Airbender, Sokka doesn’t have any elemental powers. He tries to make his mark as a warrior, but even as he gets better at fighting, he has to accept that he won’t be great at it anytime soon. Luckily, Sokka also has his wit. Aside from entertaining the team with a stream of bad jokes, Sokka starts taking care of the planning and logistics. He also works with an experienced inventor to come up with new vehicles and weapons the team can use.

The witty underdog is a sidekick who isn’t powerful enough to make much difference during action scenes, yet is clever enough to be useful whenever there’s time to think. They often help the hero with logistics, strategy, and sleuthing. When they’re out of their element, they make up for it with clever comebacks and self-deprecating jokes.

The witty underdog creates great contrast with protagonists who are buff or magical and is therefore a great addition to high-stakes stories led by powerful heroes. During fights, the underdog can stay out of the way, offer minor assistance, or need rescuing. Then when the action is over and it’s time for Team Good to choose their next move, the witty underdog gets their moment to shine.

The best witty underdogs are more than simply intelligent and low powered; those traits are an active part of their personality. Being outgunned by their friends gives them humility and encourages them to poke fun at their own expense. Since their intellect is their biggest asset, they use sarcasm and retorts to cope in stressful situations. Putting extra effort into their dialogue will help you bring them out.

In Star Trek: Picard, Elnor of Romulus is a skilled swordsman who knows how to handle himself once a fight breaks out. Before that, he’s a little clueless. Raised by an order of warrior nuns who speak only truth, he’s lived a sheltered existence. And since he also believes in radical honesty, in any covert operation he’s useless at best and a liability at worst. At least he clearly means well, which is more than you can say about some other members of his crew.

The innocent badass is a sidekick who’s more than capable when death is on the line but is otherwise much too nice to hold their own. They might be naive and easily manipulated, or perhaps they’re too passive to stand up against injustice. Regardless, they’ll need the hero’s guidance to get through a mission.

The innocent badass is a great complement to a clever, experienced, or worldly hero who could use some additional muscle when facing powerful enemies. Because the innocent badass is generally kind, peaceful, or laid back, they also can be a good choice when Team Good has lots of drama or angst. Even audiences who like drama will appreciate a character who gives them an occasional break from it.

Think carefully about what makes them innocent and in need of guidance. Are they young? Were they rich and pampered? Are they from someplace that’s peaceful and isolated? Then make sure this trait has an upside, such as making them upbeat, kind, courteous, or peaceful. Whatever you do, avoid the “dumb muscle” cliche. Not only is that boring, but it reinforces ableist stereotypes.

In Firefly, River was a happy and gifted child before she was held prisoner by a secret government program that did experiments on her. As a result, she not only kicks ass but also receives strange insights that allow her to identify sources of danger. That can be incredibly useful, except she doesn’t want to do any of that. She’s more interested in “fixing” a crewmate’s bible or eating problematic food.

The reluctant psychic is a sidekick with a special ability that’s irreplaceable. But since other people can’t get this ability by choice, the sidekick probably didn’t choose it either. Whether they’re deeply afraid of helping, would simply like to stay home in comfort, or don’t even believe they have the abilities others claim, the reluctant psychic must be convinced to travel, face danger, or just use their talents.

Because their special ability is usually fantastical, the reluctant psychic will add an intriguing touch of mysticism to stories that are otherwise high in realism. They also have a character arc ready to go: their struggle with their special ability and the responsibility it comes with. That makes them a good addition to a team of well-adjusted heroes without much drama.

Be careful not to make the abilities of the reluctant psychic too powerful. Even after they overcome any personal issues and reach their full potential, they shouldn’t be better than the hero at solving the story’s most important problems. When convincing them to help, don’t let other heroes become invasive, condescending, or controlling. While they’ll need encouragement, the reluctant psychic should have their own reason for overcoming barriers.

In The X-Files, FBI Assistant Director Skinner is Mulder and Scully’s hard-hitting boss. A skeptic who works against the two at first, he starts to change his tune as they head further into danger. Increasingly, he uses his power to protect them from enemies within the government, keep the X-Files open, and allow Mulder and Scully to pursue important but unpopular cases. However, he can only work within the bureaucracy he is a part of, to the extent that his authority allows. He frequently has to tell Mulder and Scully that if they want support, they have to stop breaking the rules.

The well-connected stickler is a sidekick with institutional power. They might be a politician, bureaucrat, business leader, professor, union head, or a prestigious member of the upper class. While their position comes with funding, connections, or other resources they can offer the hero, it all has strings attached. They got to where they are by following the rules, and they have to keep following them to stay there.

The well-connected stickler should be paired with a hero who works outside the system. The hero might be magical in a setting with a masquerade, a rebel from a dystopian government, or simply not polite company. This ensures the stickler’s help is desperately needed whenever the hero gets arrested or sued, and it also keeps the stickler from helping too much, lest they face consequences for associating with the hero.

Use the well-connected stickler to generate some light conflict over what strategy Team Good should use. The stickler will favor working within the system even when that means significant compromises, while the hero may choose the rebellious path – creating messes the stickler has to clean up. However, make sure the well-connected stickler isn’t a wet blanket in every scene. They should also have positive moments of coming to the rescue and getting along with others when things are going well.

In She-Ra and the Princesses of Power, Entrapta meets the rest of Team Good after they enter her menacing fortress. But despite the ferocious appearance of her gadgets, Entrapta herself is friendly and upbeat. She uses her impressive mechanical skills to help Team Good until they abandon her at Team Evil’s base, mistakenly believing she’s dead. Then she starts aiding Team Evil, not because she has evil intent or even because they threaten her, but simply because Team Evil has lots of cool tech for her to work with.

The passionate technician is a sidekick who’s unsurpassed in technology, science, engineering, mechanics, alchemy, or any other knowledge-based skill that’s useful in the setting. They got to where they are because they’re deeply passionate about their work. While they’re probably happy to help the hero out, once that conflicts with their technical aspirations, they could change their mind.

The passionate technician provides great contrast with both fighters and social characters such as diplomats. However, they need the right skill, and that will depend on your setting and plot. If there’s any technology or obscure knowledge that’s vital to the success of Team Good but can’t win the day for them, then a technician will fit right in.

The passionate technician really shines when they have the opportunity to explore, discover, and innovate – but it comes at a cost. They might push the heroes to venture into danger to uncover ancient relics and then refuse to leave until they have what they want. Or they might start testing experimental new technology that has unintended repercussions. They’ll be more interesting if they can’t just wave their hands and produce perfect new inventions.

In Buffy the Vampire Slayer, Spike is introduced as one of the primary villains of season 2. But by season 4, he’s lost his ability to bite humans, taking him off of Buffy’s hit list. However, he still has a long history among vampires and some connections in the demon world. That means he can ask around for rumors at demon bars or share his experience with different monsters – that is, when he’s friendly enough to even talk to the heroes.

The worldly shapeshifter is a sidekick with a habit of signing on with Team Evil. But while that makes them untrustworthy, it’s also what makes them so handy to have around. They’ve had lots of personal experience with the enemies the hero is facing, allowing them to share strategic insights and give useful advice. The only trick is knowing when to follow it and when it’s a trap.

Decide ahead whether you’d like the worldly shapeshifter to fully redeem themself or return to Team Evil for good. If you’d like to redeem them, watch out for these common problems with redemption arcs. If they’ll end up as a villain, make sure the hero has a strong motivation for working with them.

While sidekicks are fun, remember to add only the characters you need to your story. You’ll probably want someone for the hero to talk to, but a team of six will be difficult for you to balance and for your readers to keep straight.