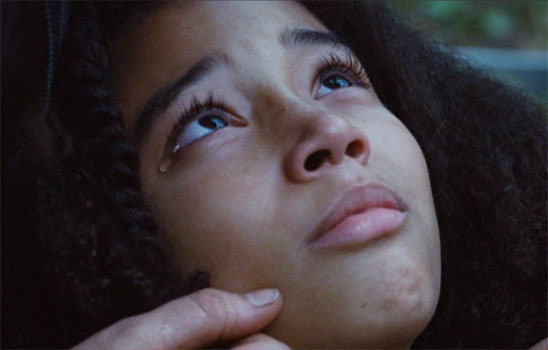 The Hunger Games - not just a game.

An important part of revising any story is looking at each event and asking yourself how it can be more effective. If you think any of your conflicts are feeling “blah” or your emotional moments are falling flat, use this checklist to make them pack more punch.

You can bring out the emotions in your story by giving your characters deep, personal connections to the people, places, and items that are influential in the story. Plant seeds ahead of time by filling in backstory, then capitalize on it by making it relevant to unfolding events. If the audience has already seen your character perfecting a sculpture for ten years, when he gives it to his new lover, they’ll feel the full strength of his affections. Nothing bought at a store, no matter how long he agonizes over it, will have the same effect.

Let’s say we have a story about a competition to find the best womp rat marksman in the galaxy. Near the beginning of our story, we’ll establish that our hero spent the beginning of her life working as a slave to a cruel master. Flash forward, and she’s gotten to the finals of the competition. At this point, the real identities of all the competitors are made public. She’s been looking forward to meeting the charmer who is poised for the win, but then she learns this person is her old master. Her interactions with him, and the outcome of the competition, have more meaning than they did a moment before.

Make the conflicts in your story matter. The audience needs to know that if the protagonist fails at his quest, terrible things will happen. Perhaps he’ll die, or the kingdom will fall, or the super virus will be unleashed. On the flip side, a victory should mean great things for him. Money, glory, freedom, whatever it is that he most desires.

Let’s raise the stakes for our hero in the competition. First, we’ll give her a good reason to enter – her family, now free, is deep in debt. Without the prize money, they will lose their freedom again, becoming slaves to their creditor. Next, we’ll have the Chancellor declare that the champion will not only win credits, but also marry the prince/princess our hero has already made a romantic connection with, and become the owner of a legendary airspeeder piloted by previous champions. Our hero also knows that her old master, a villain if there ever was one, will do terrible things if he wins.

Giving characters important choices will add emotional impact to your scenes. This is especially true when there is no easy answer. Just make sure your character treats it like the difficult decision it is. Let him pause for a moment, torn between the options – even if the situation is urgent.

It’s the final day for bullseye-ing womp rats, and the villain is still far in the lead. But our hero has found new resolve, and has hope that she can turn everything around. Then she finds out that her home planet is being threatened by an invading fleet of battle droids. Now she has to choose between defending her family from harm and finishing the competition.

Never tell or summarize events that are emotional for the characters. When something important happens to them, it should be shown with as much sensory detail as possible. Take your time; put the action in slow-mo and dwell on it a bit. Tell the audience that the character’s breath stops or his fists clench, and they’ll know how he feels before he says a word.

Our hero has to make a choice between going home or finishing the competition. It’s a heart-wrenching decision, and the last thing any storyteller would want is for the audience to think about it in a remote and abstract way. To make it more immediate, she could witness the places she’s loved being destroyed via a holonet feed, and hear the cries of a family member asking for help. Then she can imagine what will happen if her old master wins the competition – the cries of the spouse he will torment, the innocents who will suffer from his abuse of power and prestige.

Since I’ve already said that powerful stories are personal and that emotional elements should be shown in detail, it should be no surprise that face to face interactions are essential for building powerful moments. Humans are hard-wired to pay attention to faces and other body language, so showing emotional cues has a bigger impact than almost anything else you could describe. Make your character present when one of his friends dies. Make his lover break it off with him in person.

Let’s add some face to face interaction to the emotional moments of our competing hero. First, when she learns the identity of her primary opponent. She’s at a social event, ready to schmooze with the other competitors. She first sees him in full armor. She reaches out her hand, he shakes it, then he takes off his helmet. He smiles smugly and says some things that seem nice to outsiders, but are actually unkind references to the humiliation he inflicted on her years ago. Those grating mannerisms will turn the knowledge that he’s a villain into a reality for the audience. Next, for her tough decision whether to stay in the competition, her sister will arrive to fetch her. She’ll give her the holofeed, cry that their brother is defending their home by himself, and beg her to return home. The decision whether to stay or leave is now even harder.

Whether it’s a bomb that’s ticking away, a disease that will kill someone in three days, or two weeks until the full moon, adding a time limit to your story will increase the audience’s sense of urgency and therefore the story’s intensity. The audience should know the consequences of exceeding the time limit, and those consequences should matter to the protagonist a great deal.

The womp rat shooting competition is a timed affair, and the contestants don’t just have kill the womp rats; they have to locate their kills and bring them back to the base to be counted by sundown. If they don’t make it in time, they’re disqualified. Our hero makes the tough call to continue the competition, but the dilemma has put her behind. Then, just as she is heading back with all of her dead womp rats, she has an encounter with the villain, who sabotages her airspeeder. Now she has to find another way to get her dozen two-meter-long womp rats back to the base, and fast, or it’s all been for nothing.

You can only add so much emotional impact to light stories. To move your audience, you’ll need to embrace the dark side of human emotion, at least a little. Find the edge of your tolerance and push gently. What if you killed off a character who was going to live? What if you let the bad guy claim a victory? What if the protagonist’s home was destroyed or he became exiled? Once you have those dark spots in your story, your light moments will shine brighter.

The clock is running down, but our hero makes it in just time to have her womp rats counted. But despite her record number of kills that day, the villain has more and he wins the competition. The airspeeder and credits are handed over, and the villain weds our hero’s weeping love, right then and there.

It’s a tragedy, but the story doesn’t have to end there. Our hero rushes home to defend her family and people, only to find that the villain is there too, flying for the enemy in his newly won prize. But just when everything looks hopeless, the enemy leader becomes briefly vulnerable to long-range fire. It’s like shooting a leaping womp rat from five parsecs away while under the influence of blue milk, but in a moment of complete tranquility, she takes aim, fires, and hits her target. Without leadership, the enemy army becomes disorganized and is soon defeated. Her old master tries to flee, but she cuts off his escape and takes him prisoner. When the Chancellor learns of his involvement in the invasion, he nullifies the marriage and takes away the prize and the credits. Instead, they go to the second place winner – our hero.

Now that’s a victory that means something.

Comments on Seven Ways to Make Your Story More Powerful