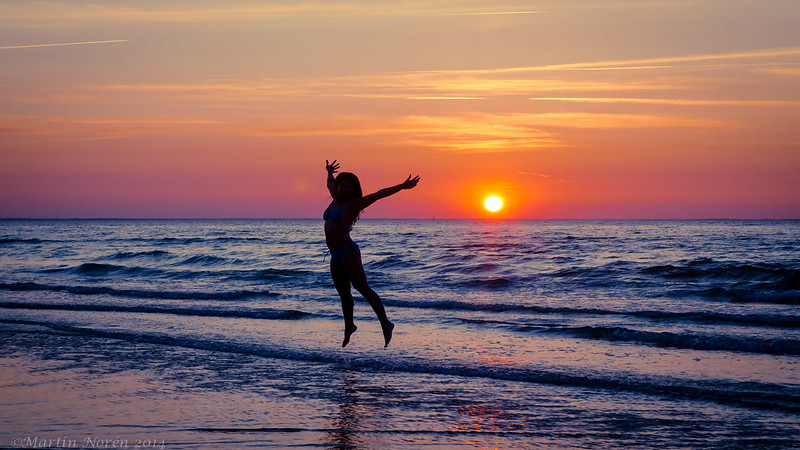 Free Spirit by Moody Fotografi used under CC BY 2.0

Storytelling has rules, and the best way to tell good stories is to learn those rules so you can apply them to your own work. At least, that’s what we’d say if we were total squares who wanted to crush storytellers’ beautiful free spirits! Sure, maybe some authors do better when they stick to solid fundamentals and best practices, but not you. We all know that you’re very special and don’t need to follow any rules. But in case some rude editors or readers get on your case, just point them to one of these reasons, and they’ll recognize your true brilliance!

1. Frustration Means the Subversion Is Working

Some people (nerds) like to claim that if your story implies something is going to happen, then it should eventually happen. These nerds go on about how you need to build trust with your audience, or else why would they bother with your stories in the first place? Ugh, sounds like something you’d say if you didn’t understand the true nature of auteur genius.

Obviously your story can do whatever it wants. Foreshadowing? How droll. Satisfaction? Only fit for plebeians. No, your job is to make sure the audience never gets what they bought your story expecting to get. Start your story with the promise of courtly intrigue, then immediately shift into an axe murdering gore-fest. Open with a call to epic adventure that leads to several hours of bland accounting.

And when the audience doesn’t like your story? That’s proof of how well you’ve subverted their expectations! When they say, “This isn’t what I wanted,” they mean, “Thank you so much for opening my eyes, you very smart person.” They might seem upset because the story wasn’t good, but really their expectation for a good story has been subverted by a bad story. The latter is very different, I promise.

2. You Already Put Conflict in the Prologue

Everyone always says that stories need conflict, which already feels like it’s cramping your style and probably a form of censorship. But that’s fine, we can be reasonable and compromise: the prologue will have conflict, and then the rest of the story can go on doing whatever it wants.

All you have to do is have the prologue be a firefight with lots of explosions and action. It doesn’t matter that your audience has no context for who’s fighting whom or why it’s important. I promise they will be just as satisfied and engaged. There’s conflict, which is all that matters.

After that, the rest of your story can be as slow and plodding as you’d like. Spend five chapters discussing the taxation of trade routes to outlying star systems, or have your protagonist monologue about a romantic interest who never appears on-screen. Any time someone complains or says they’re bored, you can just point them back to the prologue.

If you believe the so-called experts, then as a story moves forward, it invariably lays down plot points that must eventually be resolved in the climax. Why was the mentor so careful to hide their face? How does the hero feel about their best friend who turned into a villain? How will Team Good defeat an enemy who seems impervious to all physical damage?

The “traditional” thought process here is that the more of these points you need to resolve, the more carefully you’ll have to craft your ending. You don’t want to leave anything hanging unless it’s a deliberate hook for next time. If there’s too much to resolve in the climax, you might need to go back and revise the story until it works with its own ending.

Or maybe do none of that? Look, it’s late, you’ve been working on this manuscript for a while, and Netflix isn’t going to binge itself. The obvious thing to do is hurry through each unresolved plot point until it’s technically addressed. The more you can make the ending feel like an assembly line, the better. Critics may claim the ending is “rushed” or “jarring,” but that’s just because they don’t understand efficiency.

4. Everyone Will Love Your Beautiful Perfect Hero

The absolute killjoys here at Mythcreants are always going on about candy and spinach. They claim candy is anything that glorifies a character, whereas spinach is anything that humbles them, and good protagonists need a mix of both. Too much candy means the hero isn’t relatable or compelling, while the much rarer issue of too much spinach means they aren’t fun to watch or read about.

These people are completely ignoring an obvious exception: If you really like a character, then you can give them as much candy as you want! If this is your favorite character, then the audience will definitely enjoy watching them be eternally badass with no drawbacks at all. Rave reviews will pour in as your protagonist vanquishes Satan and charms supermodels with ease.

And sure, some people will say that the only reason certain characters get away with this is that they’re part of extremely privileged demographics. It might even be pointed out that as the long arc of history bends toward justice, such characters will no longer be given a free pass. But I’m sure you can ignore all that. It’ll be fine.

5. Bigotry Is Bad, Maybe? Who Knows

These days, storytellers who care about silly things like “empathy” and “being a good person” typically don’t want to be racist, sexist, or bigoted in any way. As such, they try not to flood their stories with bigotry. They talk about how there are risks of normalizing bad behavior and re-traumatizing the marginalized people in the audience, even if they don’t directly endorse anything.

Sure, that all sounds nice, but how are you supposed to tell a story that’s dark and gritty and full of edges without all that bigotry? It’s probably impossible, which is why there’s a 100% guaranteed loophole. So long as you send the slightest message that actually bigotry is bad, then everything is fine. Just make your character shake their head mournfully at sexual violence or proclaim that human beings of other races are in fact human, and you’re good to go.

Pay no attention to those who say that such measures are insufficient and that we need to say something more meaningful. What could be more meaningful than a lackluster condemnation of something most people already know is bad? Further, don’t worry at all that your small message will get lost amid all the bigotry, making it difficult for audiences to tell what your story is saying. I promise that will never be a problem. Pinkie swears.

6. Stories Should Provoke a Reaction, No Not That Reaction!

You might think the purpose of storytelling is to entertain, say something meaningful, or otherwise enrich our lives. If you think that, then report directly to the noob train, because the real purpose of stories is to challenge people into reacting. It doesn’t matter how they react, just that they react.

This is why any shocking material you add to the story is automatically justified. Who cares if it damages the plot or negates entire arcs? What matters is that audiences react. That’s why every story should open with a minimum of five dead babies, regardless of what the story is actually about. Just get some dead babies in there.

And if by chance the audience doesn’t react in the way you want, remember it’s their fault for being too sensitive. Not only is the purpose of art to provoke a reaction, but also it’s to provoke the very specific reaction that makes you feel good. Anything else just shows a lack of appreciation for all those dead babies.

7. What Even Are Stories, Maaaaan?

Good stories have a lot going on. They need plot, characters, worldbuilding, a message, and a whole lot more. Keeping all those elements working in tandem is hard work, requiring either a careful plan or honed instincts and a lot of revisions. Which is why you should immediately pause the story any time you have a philosophical insight you want to tell the audience about.

Will these poorly concealed essays be jarring and distracting? Yes, but that’s a cost worth paying when you need to drop truth bombs like how stories are actually influenced by what people do in real life. Or maybe you’ve just realized that most cultures on Earth use words in their stories. Whoa, dude, that’s deep. No way anyone else has figured that out, you must share this amazing insight!

Now, you could always spend the time and energy to study actual philosophy, then build your story around whatever insights you wish to impart. But that sounds like a lot of work! Plus, have you read philosophy? There’s one guy who thinks lying to a murderer is wrong, apparently. If the audience is going to hear nonsense, it should at least be nonsense of your own making.

The problem with accepting that stories have rules is that suddenly, you can’t do whatever you want anymore. Some of the wonder dissipates, leaving storytelling much like any other skill that you have to hone and practice. That’s why it’s great to know there are so many, 100% real exceptions to those boring old rules. Once you’ve accepted those, stick around for a bit, because I want to talk to you about this cool bridge I have for sale.