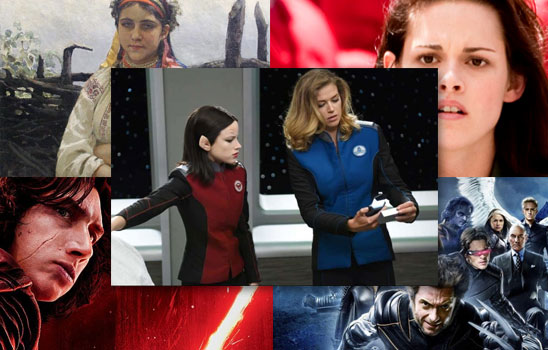 This year we had another social justice post go viral: my Six Rape Tropes and How to Replace Them. Roleplaying articles came back with a vengeance thanks to a new guest blogger, Ari Ashkenazi, and our youngest team member, Bunny, demonstrated she could deliver top-notch sass. Oren doubled down on explaining why storytellers shouldn’t be depicting oppressed mages, and we’ve seen his take catch on around the internet.

Six Rape Tropes and How to Replace Them

Dungeons and Dragons 5th Edition (5E) is one of my favorite RPGs out there. It has an almost comical lack of balance, but the sheer scale of the system provides an almost infinite number of builds, and I’d like to share four of those builds. Read more »

Five Signs Your Narration Is Sexist

Be warned; many breasts will be mentioned. Read more »

Six Common Villain Mistakes, and How to Avoid Them

A good villain is critical for most stories. The villain is usually the second most important character, behind only the protagonist themself. If a villain goes wrong, they often drag the entire story down with them, and there are many ways for villains to go … read more »

The Most Powerful Subclasses in 5th Edition D&D

Classes have been a key part of Dungeons and Dragons since 1st Edition all the way back in 1974, when players could choose between fighter, wizard, and cleric.* Over the intervening 45 years, the class system has been changed a multitude of times, but at … read more »

Lessons From the Writing of The Name of the Wind

You asked me to critique The Name of the Wind by Patrick Rothfuss, so here we are. What will win: this award-winning, best-selling, critically acclaimed book, or my dislike of practically everything? Read on to see! While I usually record my first reactions to a … read more »

The Problem With Oppressed Mages

How do you oppress someone who can shoot fire out of their hands? Read more »

An infestation spreads through the ranks of our beloved genre. Distorted by centuries of grotesque overexposure and abhorrent inescapability, these clichés have wormed their way into even the best-intentioned novels. Watch out! Read more »

Six Mistakes That Can Kill a Great Plot

Crafting a great plot is no easy feat. You need compelling stakes, a likable main character, an urgent problem, and so much more. Fortunately, we have a lot of advice on Mythcreants about how to build just such a plot. But once you have your … read more »

Transcripts are posted for all three episodes.

254 – Why the Puppeteer Archetype Is Terrible

Behold, you thought the story was about this character, but actually it was the cutesy animal companion pulling strings from behind the scenes. Aren’t you in awe of this clever twist? If you’ve ever beheld something like that, you’ve seen a puppeteer in the wild, … read more »

More than one in ten Americans is disabled, making it one of the largest marginalized groups in the country. Even so, storytellers often have a really difficult time portraying disabled characters. We want to change that, so this episode is all about the most problematic … read more »

How Do I Use Public Domain Characters Respectfully?

Hello, I had a writing-based question I hope you would be able to answer. I’m writing a book in which I feature several characters from the public domain. The setting will not be the original setting that any of the characters are from. I want … read more »

How Do I Write About Casual Sex Without Making It Fanservice for Men?

In many stories, we have male heroes who go on their adventures and while they travel have several sexual encounters, loveless sex, and being generally free when it comes to sexuality. I think it can be used well and serve the characterization, but the problem … read more »

How Do I Communicate My Character Is Black?

Hello! I love this site and really appreciate the depth of thought you put into the articles here and how you approach difficult topics. I was hoping for a little help with introducing a physical description of a character. I am aware of the clichés … read more »

Mythcreants is an ad-free publication run by cash-strapped, overworked volunteers. If you enjoyed our content this year, please help us stay afloat by becoming our patron. We’re also happy to receive one-time gifts.

Happy New Year to all of our wonderful readers and listeners!