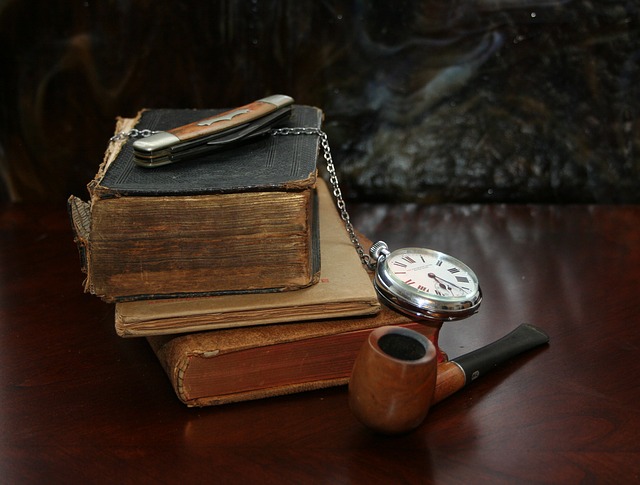 It can be tricky to take a protagonist from blissfully ignorant to embroiled in a tense conflict between secret factions. That’s probably why I’ve encountered many manuscripts where a mysterious kidnapping or murder takes place and then a mentor shows up and tells the hero what to do. The mentor gives the hero a long explanation for what’s happening behind the scenes, takes the hero wherever they need to go, and fights off any enemies that appear.

While a little mentor assistance is fine, too much takes all the agency away from the main character. It’s not satisfying when the hero is tossed around like a doll or when everything they need is served on a silver platter. So if your story features a big mystery, the hero must take proactive steps to discover the secrets they’re missing. Make them earn the information they need to save the day.

Let’s look at some ways your hero can do that. While we’re at it, I also cover ways to turn their clue-finding into a conflict. That’s important if the protagonist will be spending a whole scene collecting information.

Often this is used when the protagonist investigates the scene of the crime, but it’s also relevant when talking to suspects. In this case, the hero can observe something that helps them figure out what happened. Maybe they spot a symbol that ends up being a sigil or corporate logo. They might find manure on the ground to hint that someone came from a stable, or they could notice that footprints indicate a large or small shoe size. It can be anything that helps them narrow down the possible people involved or that introduces them to the hidden parts of your world.

Observed clues can give the hero something to investigate further, or alternatively, the hero might not realize the clue’s important until they see it again.

Conflicts are a little hard to introduce here, but still doable. If your hero is at the crime scene, are they supposed to be there? Have them sneak in to make their observations. If they’re observing a person, that person can be hostile. Otherwise, look for ways the hero can puzzle through what they find. Maybe the footprints suddenly stop, and the hero realizes the person climbed onto a tree branch. They find a clue up in the tree.

Your hero might ask around. They can knock on doors nearby to find out if anyone saw something before or after the crime took place. Generally, neighbors don’t have much reason to refuse questions, but they might have seen clues that they don’t know are important. Create a conflict by making the hero use their wits to prompt people for the right information. Maybe they didn’t see anyone suspicious, but did they hear breaking glass? At what time?

The hero can also talk to the people close to the victim to ask if they had any enemies. Loved ones could be resistant to questions, either because they have something to hide or because they’re upset about what happened. Loved ones might also lie to protect the secrets of the murder victim.

As your hero closes in on the answers, they can question more people involved. They can also be clever about who they question. Maybe they see a pizza box and seek out whoever delivered the pizza.

Your hero notices when someone nearby behaves in a suspicious manner. It might be a mysterious figure lurking near the scene of the crime or someone who lets slip something they aren’t supposed to know. Perhaps the hero discovers a thief that is selling valuable items taken from the victim’s home.

Next, your hero confronts this person and demands answers, perhaps accusing the suspicious someone of participating in the crime. Since they were hiding their involvement before, they’ll naturally resist telling the hero anything if they can. Maybe they’ll even take off running, forcing the hero to chase them down.

The hero will want to wring answers from this person, but don’t use torture! Instead, the hero can threaten to report them to authorities or appeal to their better nature. That way, the suspicious person won’t lie just to stop the pain.

Instead of confronting someone suspicious, your hero might decide that it’s better not to reveal that they’ve noticed something’s up. Instead, they can turn the tables by monitoring the suspect and seeing where they go, what they do, and who they meet with.

Following requires keeping an eye on the suspect while not alerting them that they’re being followed, so it’s easy to work in conflict. Should the hero follow the suspect across an open ball field and hope the suspect doesn’t look back, or should the hero circle around it, risking that they’ll lose the trail? The suspect may also go someplace that the hero has trouble following, like a club with selective membership. Then the hero might try to sneak or talk their way in.

Your hero can also overhear a conversation, but it’s important that they don’t just happen to be at the right place at the right time to learn something juicy. That comes off as pretty contrived. Instead, the eavesdropping should happen either because the hero has been spying on the minions or the minions have approached the hero. Maybe a minion has been secretly watching the hero, or maybe minions came to kidnap the hero, but the hero managed to hide. When the hero is nearby but the minions don’t know it, they can have a conversation or make a phone call.

It’s generally better if the hero eavesdrops on the minions instead of the big bad, because you can be more selective about what your minions do and don’t know. Plus, it won’t make the big bad look incompetent.

The best conflict for eavesdropping is simply whether the hero manages to stay hidden. Make it more tense by forcing the hero to get closer in order to understand what the minions are saying, putting the hero at risk of being discovered.

6. Sneaking Into a Home or Office

As long as your hero has a lead of some kind, they can use a little infiltration to get more. They might break into the home of a suspect or sneak some files out of a local government office. Perhaps they’ve connected the crime to a shady company, and now it’s time to search through their corporate headquarters.

Your hero can do this in the dead of night like a cat burglar, or they can plan a distraction during the day and quickly run in, grab a manila folder or take a few pics, and run out again. They might even disguise themself as cleaning staff and come in that way.

Infiltration offers a variety of conflicts. To get in, they might have to get past some guards or even dodge some booby traps. Once they’re inside, they might have to crack a safe or guess a computer password. They might also have social conflicts where they attempt to blend in or explain why they’re somewhere they shouldn’t be. Last, if they set off an alarm or get caught, they’d better run!

7. Seeking Out an Expert

The hero can seek out a seer or bring a clue to an expert to learn more. This may seem similar to having a mentor fill them in, but it’s a step better. First, the hero has to proactively ask for their assistance; the expert doesn’t just show up and start talking at them. Second, whereas a mentor is usually on the hero’s side, an outside expert might not be.

That means you can work some interpersonal conflict into these scenes. Perhaps the expert knows the symbol points to the big bad, but they’re afraid to say so because then the big bad might come after them. Or if the expert or seer is particularly powerful, the hero could actually be afraid of them. The expert might demand a favor from the hero in return for information.

If you do use a seer or psychic, remember to establish that this person doesn’t know everything and can’t gather more information all the time. Ideally your hero learns one or two important clues, and then the seer can’t tell them more.

Sometimes what the hero needs to search isn’t a place but a person. They could look over the clothing of a dead stranger at the scene of a crime or dig in the pockets of someone suspicious. While that doesn’t produce much conflict, this doesn’t have to happen when the hero has the pocket-wearer cornered or cowed. They might carefully search a jacket on the back of the chair their target is actively using, or if they are light-fingered, they could bump into someone and make a quick grab. A fight with a minion is also a great time for a hero to subtly reach into a pocket.

If your hero gets their hands on a phone, they can do some sleuthing to get the right information out of it, particularly if they need to come up with a password. If they used stealth to get the phone, they might have to look quickly so they can return it before anyone notices. If you’d like to give them a smaller clue, the phone might be locked, but part of a text message could be showing in the preview pane.

Besides a phone, your hero might find spell ingredients, a curious piece of jewelry, or a hand-scribbled note. A gift with an engraving might establish a relationship between the pocket owner and someone else.

Last, your hero can find information the old-fashioned way: searching on the internet or looking through books in a library. This is particularly handy if you need a reason why the hero learns something while they are too busy to interview witnesses or follow minions around. Research can be done at any time, and finding useful information can take anywhere from a few minutes to a couple days. That means you can choose whenever you’d like to reveal something important, and you don’t need much screen time. Just don’t let the hero sit on an obvious clue for days without doing any follow-up.

It’s a little difficult to work conflict into research. As long as you only spend a paragraph or two on it, that’s okay. However, you can create a conflict if you set up a puzzle for the hero to figure out. Maybe the key to their research is interpreting a clue correctly or searching for answers in the right place.

Clues aren’t just for murder mysteries. Anytime your protagonist needs to learn about something supernatural, fight an unknown adversary, or dig up dirt on an antagonist, they can use these methods to do it.

Five Stories That Spoil Their Own Mystery