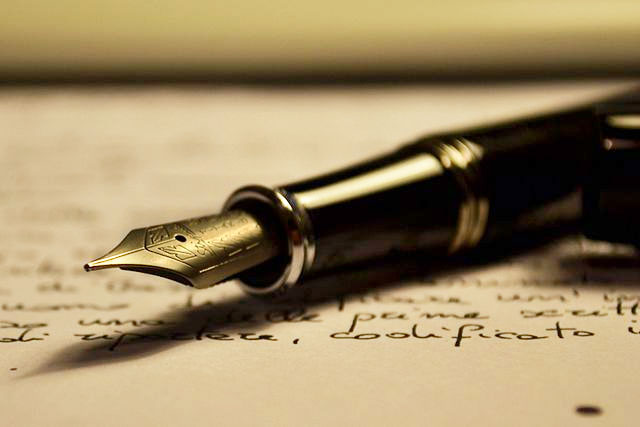 You’ve worked long and hard, finally completing the first draft of your story. You could send it to others for feedback, but before you do, stretch your storytelling skills by thinking critically about your work. Does your beginning hold its weight? Is your middle taut and your end satisfying? Use these nine questions to find the biggest problems before anyone sees them.

Questions About Your Beginning

What counts as your beginning? It varies, but we’ll say it’s the first third at most. In very short works, it might be as small as the first paragraph. This is where you set up everything that’s important.

1. Did you clearly establish the central plot hook?

Every story needs one plot strand to hold it together. It’s not enough to have assorted problems that need fixing; there must be one, specific issue of paramount importance. Maybe the hero is arrogant, the city is falling into a bottomless pit, or all the toilet paper is disappearing. This problem shouldn’t be hidden under layers of nuance; it must be obvious enough that anyone can see it.

You aren’t done establishing this problem until you demonstrate why it matters to your main character. If it isn’t solved, how will they be affected?

2. Did you introduce everyone and everything that will influence the story?

If removing a character, item, place, or anything else would change the outcome of events, then it is critical to your story. Readers need to know about these elements in the beginning. If you can’t bring them into a scene, alert your audience by foreshadowing their future arrival. You can be vague as long as you create anticipation. Your character sighs and says, “I hope that someday, I’ll meet someone who wants to sit at this teeter-totter with me.”

It’s also important to prioritize story elements. Your main character should play the most plot-critical role in your story, so they get the spotlight in your beginning. Consider cutting anything that doesn’t make the list. If it doesn’t change the plot, it’s just slowing your story down.

3. Did you tell your reader what worldview your story will take place in?

Your beginning must define the boundaries of the story you are telling. Could people die, or are they guaranteed a happy ending? Does the story take place in a gritty dystopia or a subversive fantasyland? Will the story explore emotional loss, new beginnings, or everything you can do with a bent clothes hanger? If you introduced elves and dwarves halfway through your historical fiction, go back and make their presence known during your beginning. If you’re planning a sudden transition or a shocking reveal, your audience should know that something is coming.

Questions About Your Middle

The middle is generally everything between the beginning and your climax. In the middle, you need to maintain the promise you made in your beginning and prepare for your conclusion.

4. Did you escalate the problems presented in the beginning?

Strong stories don’t jump from slow to climax. As your story progresses, the conflicts should get more intense. Rub salt in wounds. Send a bad problem downhill. Raise the stakes until failure is unthinkable. Do this for every plot strand worth mentioning.

You can lighten up from time to time, but don’t give your audience too much relief for too long. If you do, they could lose interest. And regardless of whether you are giving your audience a break, all of your scenes should have a conflict. Every one.

5. Did you describe what holds the protagonists back?

You’ve established one terrible problem that forms the backbone of your story. Before your climax, your audience needs to understand what keeps the protagonists from solving this problem, and what it will take to overcome it. You might describe how your city could fall into a pit because the residents can’t work together. But you also need to demonstrate how working together is possible.

If your audience knows all the forces working toward success or failure, they’ll be ready to watch which way the story goes.

6. Did you show the characters making progress?

Strong characters have weaknesses that inhibit their personal success. Your audience will love watching them throw off those shackles in the end – but only if you set it up probably. People don’t change overnight. If you want them to grow realistically, you need to set up baby steps for them. Use your middle to give them a series of learning experiences, and show them making progress. If you want, let them backslide from time to time. They shouldn’t fully commit to the change until the climax, but by demonstrating that change is possible now, you’re preparing readers for the big finish.

Questions About Your End

The end includes your climax and epilogue. Its job is to resolve the story in a way that is both clear and satisfying.

7. Did you give your important elements appropriate roles in the end?

You set up all your critical plot elements in the beginning. How well does your end follow up on them? The more central these elements are during the story, the more they should shape the ending. They also need to shape the end based on their own, unique characteristics. You should not be able to swap two characters and have the ending turn out the same. Don’t let the magical artifact act just like a paper weight.* If it does, why bother making it magic?

Characters also develop positive or negative karma points that must be cashed in by the end. A protagonist that does everything right shouldn’t destroy their loved ones by pure mischance. They must fail because of a personality flaw. A hero that does something clearly unwise should face the negative consequences of that action.

8. Did you demonstrate a substantial change from the beginning?

Your beginning should be full of problems. Your ending must demonstrate that those plot threads are now resolved – in a big way. The central issue is either fixed or has come to full fruition, unleashing devastating consequences. Your main characters make decisions they obviously wouldn’t have at the beginning. For good or for ill, the world will never be the same.

Make sure you showed these changes, instead of just talking about them.

9. Did you make your ending clear without a long explanation?

Once your epilogue is done, the audience needs to know not just that the world has changed, but how. If a scene ends at a critical point, they should be able to anticipate what comes next. They need to understand why everything in the story happened the way it did.

So you have to tell them. And you have to do it without recapping everything odd that happened in the story. Use your middle to fill in complex information. Hold back one fact that allows everything to fall into place.

There’s a lot more to a strong story than these nine questions. But if you answered a resounding “Yes!” to all, you have a solid framework to work within. For a first draft, that’s not bad!

Unless you are purposely subverting grand expectations about it.