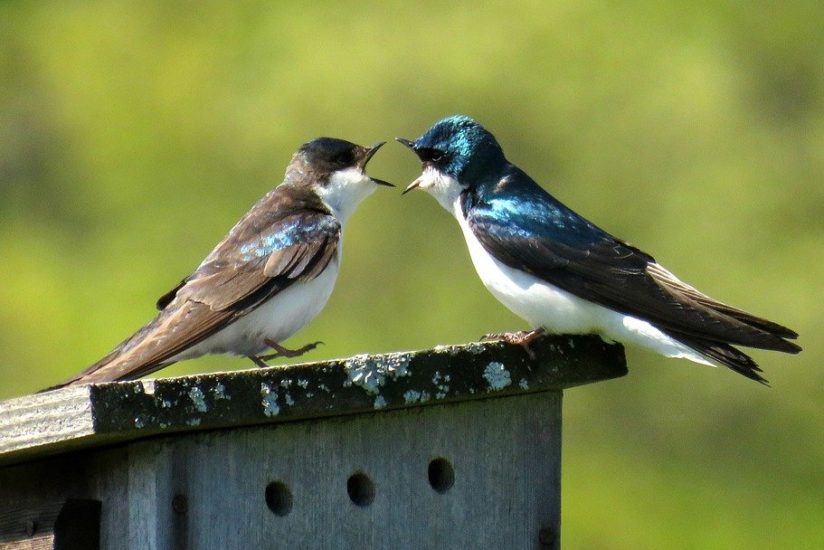 When writers need two characters to be at odds, we recommend giving the characters competing interests. That’s because the alternative is relying on a personality clash, and writers are very bad at those. More often than not, these clashes make one or both characters look mean and unreasonable.

However, they can be done well. To pull one off, you should be willing to make both characters a little bit wrong, and then be careful to use a light touch. To show conflict, characters don’t need to get combative. They only have to be frustrated enough that it affects their ability to work together or share the same spaces.

Of course, you also need a plan for how your characters clash. I’ve created nine ideas to get you started. You can use them alone or combine them to give characters greater differences.

A planning character can’t rest until they pin down everything ahead. With events scheduled and accounted for, they don’t have to worry if they forget essential activities, face challenges unprepared, or run out of time for something important.

A spontaneous character wants the flexibility to adapt to changing circumstances. They can’t predict the future, and who knows how they’ll be feeling any given day or what might come up. They’ll get some serious FOMO if they don’t have the option to drop what they’re doing in favor of new opportunities.

These characters will have trouble coordinating. The spontaneous free spirit won’t want to commit, but without that, the planner can’t judge their own availability and finalize the rest of their plans. If the free spirit gets their way, joint efforts could be last minute and poorly thought out. But if the planner gets their way, the duo could waste time overpreparing and fail to adapt to unfolding events. To work together, these two will have to compromise.

An irresponsible character fails to fulfill obligations. They might never return calls and emails, be a no-show at important events, and neglect tasks they were supposed to complete. This makes life harder for the people around them, but the irresponsible character isn’t breaking promises because they want to. They have their hands full with something else, and they’ve overestimated how much they can take on and failed to communicate with the people depending on them.

A judgmental character is frustrated by being let down by others and, as a result, assumes the worst of those people. They might assume anyone who isn’t doing their share of the work is just lazy or that a friend who never calls them back doesn’t care. They deserve credit for taking on more than their fair share of responsibilities, but being hostile to those who are falling behind won’t help them fix the situation.

An inconsiderate character doesn’t think hard enough about other people’s needs. They might eat all the food in the fridge, play loud music, invite themself over without asking, or make a mess that others have to clean up. They’re likely to annoy anyone who is required to spend a lot of time with them in close quarters, whether that’s a roommate, neighbor, or coworker.

A passive-aggressive character neglects to constructively resolve conflicts through communication. They might have been taught as a child to cover up problems with a smile, or they might have been punished for voicing grievances previously. Instead of politely but assertively asking the inconsiderate character to change their behavior, their resentment leaks out in snide comments, condescending notes, and other passive-aggressive responses.

The inconsiderate character might ignore (or not even notice) the passive aggression, start avoiding the passive aggressor, or get pissed and escalate the situation. While an outright argument wouldn’t be pleasant for either person, it might help both of them realize they need to make changes.

Characters from “asking” cultures assume that other people are comfortable turning down requests from others. That means they aren’t afraid to ask for things even when they aren’t sure others will say “yes.” This might include asking to get together, asking for more refreshments when visiting, asking for rides to the airport, or requesting assistance with arduous physical tasks like moving or assembling furniture. If they get a no, they won’t take it hard.

Characters from “guessing” cultures don’t make requests unless they’re fairly certain they’ll get a “yes.” That’s because they’ll assume whoever they’re asking will feel pressure to say yes even if it doesn’t work for them. That means to ask is to impose on another. If someone actually does say no, it could be interpreted as rude or hurtful, so they’ll always avoid saying no if they can.

When askers and guessers are thrown together, the asker will often request things that are too much for the guesser. But the guesser won’t feel free to say no. Instead, they’ll do it anyway. The asker will be interpreted as rude and demanding, and the guesser will be secretly (or not so secretly) stressed out. The guesser needs to realize the asker wasn’t trying to impose, and they aren’t a mind reader. The asker needs to take more care to give others explicit permission to decline and more chances to do so.

A defensive character doesn’t take critical feedback well. Regardless of whether they appear proud or meek on the outside, on some level they feel insecure about their work or their status. Feedback feels like a threat to their sense of self-worth, and as a result, they see it as a personal attack rather than a helpful suggestion. Once they feel defensive, they’re likely to snap at whoever is giving the feedback.

A brusque character sees conversation as a means of exchanging information and ideas – preferably in an efficient and clear manner. They’re usually focused on the task at hand, but they’re not averse to building relationships. They just prefer to do so by discussing shared interests and building connections slowly as they get to know other people.

An effusive character sees communication with others as an opportunity for interpersonal connection. The content of the exchange isn’t as important to them as validating the relationship by engaging in small talk and speaking warmly. They see smiles and praise as a reaffirmation of their connection to one another.

A logical character sets goals based on what seems practical and reasonable. Then they embrace whatever methods or actions are most likely to achieve those ends. They prioritize fulfilling the long-term objectives that they’ve carefully thought out over enjoyment or satisfaction.

An emotional character embraces whatever activities, methods, and goals make them feel good. Perhaps a product they purchased is expensive and doesn’t work very well, but it looks like a cute chicken, so they adore it. They prioritize learning from and working with people who leave them feeling excited or inspired, and they may not examine whether their methods are getting the results they imagined.

A rebellious character resents authority and enjoys flouting the rules. While they have genuine grievances with those in power, that’s only part of their motivation. Even in situations where doing what authorities want makes perfect sense, they look for reasons to misbehave or at least stand out.

An impractical character is an optimist who loves generating new ideas. They fall in love with each one, imagining they might start a firefly-catching business one week and become a hermit the next. Routine, on the other hand, is boring. While cleaning the floor by dancing with rags around their feet may not be that efficient, it’s more fun than doing it the normal way.

An inflexible character doesn’t like trying new things. They’ve been sticking to the same methods and routines for years – because those are guaranteed to work. Experimenting is stressful, and new experiments are rarely an improvement over time-tested methods. The inflexible character can live with the few problems their current methods can’t solve.

While personality clashes aren’t usually enough to provide tension for a significant plot arc, they are great for starting a relationship arc or adding more conflict to scenes with characters who are on the same side. Just by giving your characters personalities that can clash, you’ll make them feel distinct.