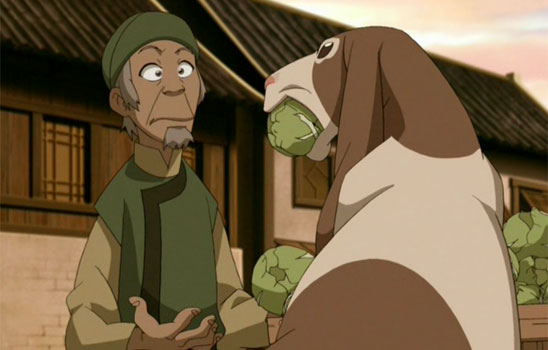 Be it through barter or fisticuffs, players will spend a great deal of time interacting with the non-player characters that populate your campaign world. It’s useful to make a few NPCs that you plan on featuring ahead of time, but the unpredictable nature of running an adventure means that you will be improvising characters as often as not. Fortunately, barring a bout of brain freeze, making up characters on the spot becomes easy with practice.

Making an effort to create a diverse bunch of NPCs will always help you and your players keep track of who is who in your cast. In standard fantasy and scifi roleplaying, there will be a large number of other species for you to tap; mix things up by having the innkeep be a bugbear, for example. And don’t forget to represent both (or more?) genders in your supporting cast as well.

By keeping your notable NPCs a diverse cast, you ensure that they will be, well, notable. Remembering a lot of NPCs’ names is hard for both players and game master alike, but “male bugbear inkeep,” “female dwarf blacksmith,” and “magically-intelligent gelatinous cube town crier” are all NPC labels that the gaming group will remember.

Include Catching but Brief Visuals

As players interact with NPCs, give them extra little nuggets about the people that populate your campaign world. There is no need to give full and detailed introductory descriptions of an NPC’s appearance — just make up small details as players converse:

Determine Where They Shine

Chances are that the players will end up interacting via dice rolls with a fair number of your NPCs. You don’t want to make stat blocks for every character that players might interact with, so determine a couple of baselines for things in which NPCs are skilled or experts. If you know that all professionals will be rolling a d20+5 for areas they’re good at and, say, a d20+12 for a skill that they’ve mastered, then all you have to decide is if they’re at a proficient or mastery level for the task at hand. Of course, the specifics of this will vary depending on what roleplaying system you’re using.

The bugbear should be proficient in diplomacy and gathering rumors, the dwarf trained in crafting and feats of strength, and the sentient gelatinous cube has been gifted with a mastery of historic knowledge and ancient lore.

Once you’ve determined that an NPC is skilled in one area, be stingy with their level of skill in others. Your NPCs can be better than the player characters in their particular niche, but if they are on par with PCs in too many ways you will risk overshadowing your players. If the NPC ends up being reoccurring and important, then it’s probably best to create a full stat block for them, as the full character creation rules will help keep the character well balanced.

Enlist Your Players in Note Keeping

So now you’re making up rather interesting NPCs left and right, but how will you remember to bring them back weeks later when your campaign continues? As a game master, you are juggling a lot of information during a gaming session, and stopping to write something down will put the entire game on pause. You’re managing the whole flow of the game, but a player can step back from the action when they’re not in the spotlight without bringing everyone else to a halt.

Most gaming groups will have at least one player that does not mind the additional responsibility of jotting down interesting people, places, and events in your game. Asking them to fill that role will help the whole group keep the bugbear straight from the gelatinous cube after an extended break between sessions.

After you’ve got your game going, pay attention to what your players respond to most. Each gaming group is different, so details that catch the imagination of one may fall flat with another. As you get a sense of what will make an NPC interesting to your players, you can tailor your approach so that you get the most mileage with the least effort.

Comments on Making Interesting NPCs on the Fly