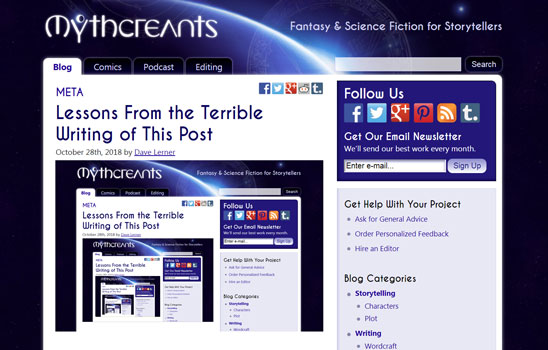 Because I can’t find them myself.
Jump to Comments

More in Lessons From Bad Writing

Comments on Lessons From the Terrible Writing of This Post