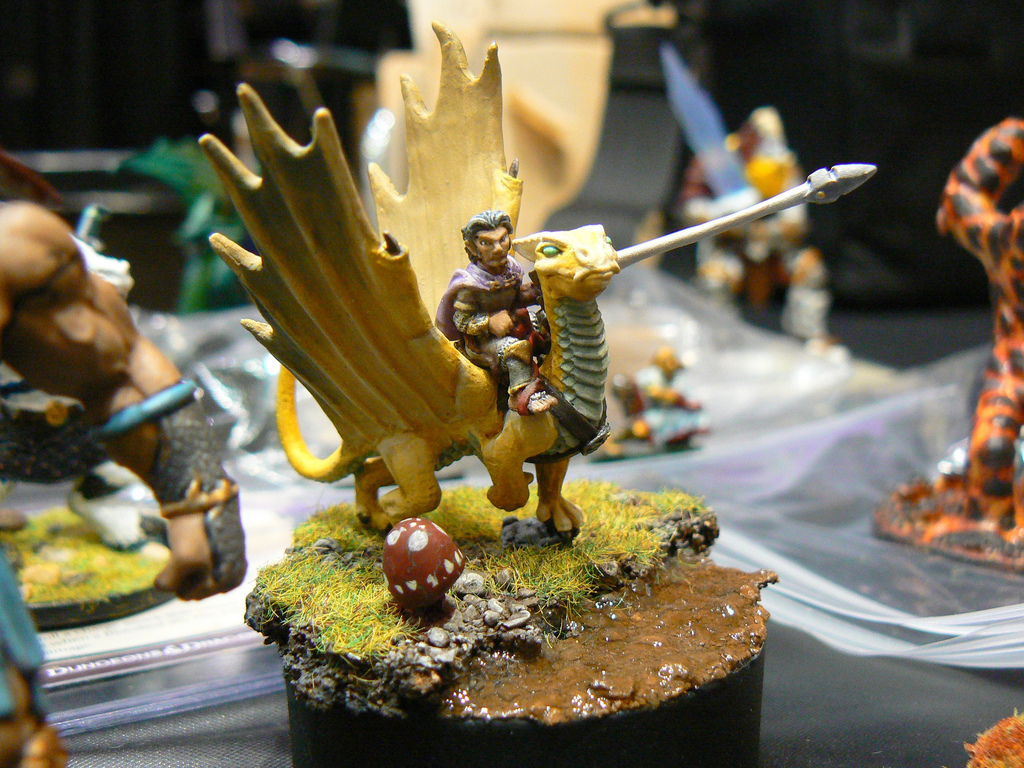 Image by Benny Mazur used under CC BY 2.0

This is part 5 in the series: Running a Large Campaign

Your campaign is lined up and ready to play. World and plot notes are organized. Calendar dates are reserved for the coming months. Players are fidgeting, waiting to roll dice. Now it feels like everything is riding on that first session. Here’s how to give your game the strong start it deserves.

Introducing to The World

Earlier in this series you learned about the benefits of test games that introduce your players to the world gradually. These are short sessions where you can build familiarity with your world, as well as teach the rules system to new players in a low-stakes way. This is the ideal approach for introducing your group, because when they make characters for the campaign’s true start, they’ll already know how to identify with the campaign world.

But if your group hasn’t explored the world before your campaign begins, you can give them a brief introductory packet. Use it to cover the highlights of regions and factions, and include snapshots of the world map. Keep it to a few pages of interesting knowledge about the world, and you’ll have a resource that helps immerse the players when planning characters. The packet can also be a refresher in case you have a long hiatus between sessions.

Creating Characters as a Group

Some gaming groups treat character creation as a solitary task, something you have finished before meeting at the gaming table. This can lead to poorly balanced groups. When creating characters, you should also strive to create a party that has strong bonds and synergy.

From a mechanics standpoint, this means that each PC can contribute in a meaningful way, and that the party is not left with glaring holes. But from a roleplaying perspective, this also means that the heroes have strong reasons to work together, history or motivations that make them into a team and commit them to a common cause. Delving into a trap filled dungeon without a rogue can be a problem, but it’s even harder if half the party refuses to enter the dungeon in the first place.

By setting aside a session for everyone to work together on their characters, you avoid these pitfalls. As the game master you can help your players coordinate to make sure all the important roles are filled, and provide assistance when a player isn’t sure how to make the character they want to play. The players can bounce their backstory ideas off one another, building ties between them, giving feedback, and coming up with a strong group of characters.

The previous post in this series mentioned the importance of side plots that give your party meaningful choices in how the campaign unfolds. Well, the side plots you create before the campaign are only part of the story. Now that your players have interesting characters to star in your campaign, you have more possibilities for side plots that will engage them in the story. Think about how you can highlight a piece of backstory, challenge important beliefs, or fulfill personal desires for the PCs.

These types of side plots shouldn’t take more than a session or two to resolve, but you can start hinting at them early, so the player is eager to venture down the side plot when it becomes relevant. Make sure each character has about equal time in the spotlight and roughly equivalent story rewards for completing their personal quests, so that no one feels overlooked.

You can also try combining the PC’s character motivated plot arc with the central focus of the campaign, however if you choose this route you need to plan it carefully. You should avoid using any of the their personal plot elements as part of the climax. The main dramatic elements of the campaign are for everyone in your group. While it can be tempting to have a turn of events that focus on a single hero, remember that this isn’t a book or TV show. Every player should be equally invested in the outcome and you don’t want anyone to feel like they’re just the sidekick in another player’s story.

When it comes time for the first full game session, decide if you’re opening with the campaign’s central plotline. There are a few reasons that you may or may not want to start this way.

Start with a side plot if…

Start with the main plot if…

Whatever course you choose, your campaign is now in full swing. You will need to flesh out or amend story arcs as the campaign unfolds, but the large scale prep work should be wrapped up. From here on out, most of your effort will be in planning individual sessions and reacting to unexpected directions from your players.