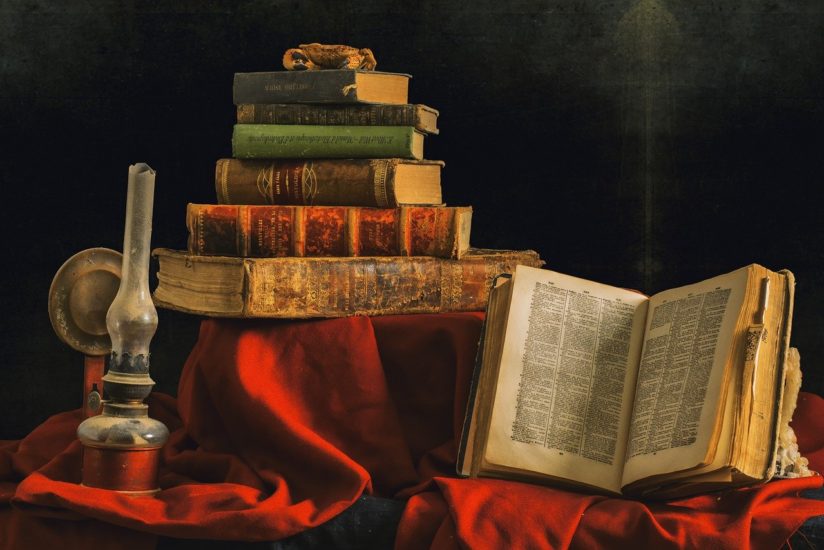 Recently, I delved into the characteristics of a story that readers expect to be consistent and how to make changes without violating those expectations. But we’ve gotten some questions about changes to a series. How can you tie your stories together while leaving yourself free to make changes from story to story? Let’s look at different types of series and the constraints that come with them.

Writing anthologies gives storytellers as much freedom as they can get while still calling it a series. Stories in an anthology have entirely separate plots that are each tied up neatly at the end, without so much as a hook for next time. Examples of anthologies include the Discworld series, the Xanth series, and the original Sherlock Holmes mysteries.

The real test of an anthology is whether you can read the stories in any order. That doesn’t mean the experience will be exactly the same; just being more or less familiar with the characters makes a difference. But when recommending an anthology to a friend, you’ll tell your friend to start with the story they’ll probably like the best, not the story that came first. Each story is complete in itself and requires no outside context to enjoy.

Writers of anthologies have more freedom because their readers have more freedom. A reader can select the stories they’ll like the best without worrying they’ll miss something important. If one book sounds unappealing, they can skip it while still enjoying everything else.

That’s why in an anthology, the writer can change the main character between stories. This doesn’t mean the choice of main character is consequence free – a book with a more popular main character will sell better. But it does mean that existing fans won’t feel betrayed when the main character changes. In the long run, this makes it easier to test out different characters and write more books featuring whomever fans like the best.*

Anthologies still have some expectations to uphold. Readers should know what type of story they’re picking up when they read a book in a series.

Despite the freedom and flexibility, most writers don’t choose anthologies. That’s because they want to hook readers and pull them in over multiple books.

Your series might be one big story split into arbitrary chunks, or it might feature mostly independent episodes with a hook for the next book. Regardless, if it has any unresolved arcs from one book to the next, that means it’s designed to be read in order. You should still try to welcome readers jumping in, but they probably won’t do that unless they’ve heard great things about the series but can’t stand book one.

Having arcs that stretch over books motivates readers to continue the series, but readers aren’t as free to pick and choose the books they want to read. This means two important things:

More often than not, an existing readership cares more about the characters than they do about anything else. Emotional attachment to characters is long lasting, and it’s therefore essential when asking readers to continue a series. After all, stories in a series aren’t usually published at once. You want readers to be looking forward to the next book for years.

If you switch your main character, not only will many readers feel like you’re breaking your promises, but their motivation to pick up the next book could be destroyed. For many storytellers, that defeats the entire point of writing this type of series.

Because people usually need to like all of the previous books to continue the series, any significant changes between books will reduce the number of people who are okay with both versions. The bigger the changes you make, the narrower this audience will get. For this reason, these kinds of series usually have the same constraints and expectations that a single story does.

I’ll make an exception if your stories are episodic and they are short stories rather than novels. Because each story is short and somewhat independent, if you occasionally make more pronounced changes, readers won’t have to put up with them for long. While changing the main character for the whole series is still a bad idea, you could probably get away with featuring a side character once in a while.

We’ve covered the conventional types of series, but writers like to loosely pair stories together in a few other ways. Let’s look at several different methods and the pitfalls involved in each.

Many writers want to write a short story with a sequel novel, often because someone told them to use the short story for marketing. Regardless of whether this is an effective marketing tactic, from a craft perspective, I don’t recommend it. Doing it well is too difficult.

Readers, publishers, and retailers aren’t used to series works with such wildly different lengths, so you can’t expect many people to read both works unless they are packaged and printed together. A short story meant for marketing must stand alone to be appealing, but it needs to leave a hook for the novel. Then if the novel can’t stand alone, the short story needs to be an effective chapter one – unlikely, since it wasn’t written as chapter one.

Making all of that trickier, a novel can handle much higher complexity. Trying to feature the incredibly interesting but complicated world from your novel in a short story could lead to disaster.

You can tie anthological novels together by reusing characters. The series might have one ensemble cast but star a different character from that cast in each book. Alternately, writers might mention events or characters from other books or have previous main characters pop in to say hello.

In theory, this is a great way to get readers interested in other books. In practice, it can become really irritating. That’s because it gives writers a reason to include characters when they aren’t appropriate for the story.

This might simply mean the books have too many characters, but it also gets weirder than that. In Anne McCaffrey’s Dragonsinger duology, people keep bringing news of the melodrama of some random dragon riders off somewhere else. Who are these people, and why should I care? I picked up these books because I wanted to read about a bard.

Similarly, previous main characters can cause lots of trouble. After battling their demons and leveling up, they often have too much power and candy for the current story. In Garth Nix’s Lirael, the previous main character, Sabriel, and her husband go off on a random side quest for the whole story to keep them out of the way. Jacqueline Carey’s Kushiel books include a trilogy about Phedre followed by a trilogy about her adopted son, Imriel. In his books, Phedre’s still around and is still super sexy, so he has the hots for his adopted mom? Why, Carey, why?

If you decide to give a side character a spin-off, that’s just fine. But make sure their books stand alone, and in those books, they should come first. Every book should include only the characters it needs, and previous protagonists may not work sitting on the sidelines.

Occasionally, you may have a story you really want to write that doesn’t fit in with the rest of an episodic or overarching series. Maybe a side character will be the main character for the story, or maybe it will be focused on relationships instead of action. If you just put this story in your series, not only will many fans be displeased with it, but they might stop reading the series altogether, even if they’d like later books. Is there any way to publish the story without causing these problems?

Yes, but even if you pull it off, the results won’t be perfect. What you want is a side quest: a story that is not essential to the rest of the series. That means:

Generally, side quests work best if you introduce new places, people, and problems that are unique to the side quest. For instance, the protagonist of the side quest might come upon a sheltered cove, meet some mermaids, help the mermaids drive off the sea serpents threatening them, and then say goodbye to the mermaids and head on. Adding a new mermaid character to the rest of the series might work out, but it will feel jarring if the mermaid already knows all the other characters at the start of the next book.

If you find yourself recounting all the events from the side quest in the next book, that’s a sign that you’ve made the side quest too essential to the rest of the series. Instead, boil it down to a simple statement that doesn’t feel like an advertisement. On the way to meet the others, the side character met some friendly mermaids, and one of them decided to come along.

Last, side quests must be packaged and marketed appropriately. If someone picks one up thinking it’s a regular book in the series, that defeats the point of making it a side quest. Make the difference it has from the rest of the books clear by the cover, title, and back blurb, and don’t give it a regular series number.

Writing a series takes an enormous amount of time and commitment. If at all possible, you should write a series that you can feel passionate about from start to finish. At the same time, if you’re asking readers to spend their time and money on the first part of a story, you’re making a promise to them about how you’ll finish it. The more often writers fail to keep those promises, the more often readers will simply avoid unfinished series. That’s not something any writer wants.

Or, let’s be honest, whomever the storyteller likes the best.

Comments on Keeping Readers Happy With Your Novel Series