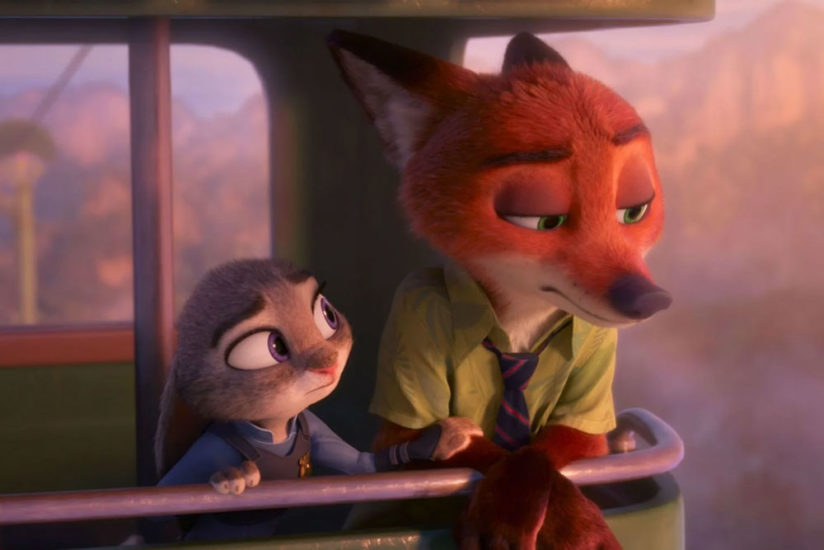 With all the hubbub about romance, friendship arcs are often an afterthought. That’s too bad, because many stories have wonderful friendships at their core. To rectify that, I’ve written directions for three types of friendship arcs. For our purposes, this is an arc that builds or strengthens a relationship that is platonic, equal in power, and not defined by familial bonds. However, most relationship arcs are easily adapted for any type of relationship.

In Lilo & Stitch, the girl Lilo is eccentric and has trouble making friends, so her older sister lets her adopt a dog. Meanwhile, the wanted alien Stitch flees to earth. After getting hit by a truck, he’s taken to an animal shelter. Lilo adopts Stitch thinking he’s a dog that talks. Stitch gives Lilo much-needed companionship, and Lilo teaches Stitch to be a better person. However, law enforcement comes looking for Stitch, and Stitch’s wild behavior makes life difficult for Lilo and her sister.

The instant bond arc is for friends who have an instant connection but soon encounter obstacles that threaten to tear them apart. Because it’s harder to generate conflict and tension for these arcs, they generally work better alongside a higher-stakes external arc. However, it’s not impossible to use them as the throughline of your story.

Show Why They Need a Friend

Good options for needing a friend include:

While it’s good for a protagonist to be an underdog, avoid making their peers into comical villains. It doesn’t take deliberate malice to make someone feel unwelcome, just hurtful ignorance.

Give Them a Warm Introduction

Plan a special introduction for your characters that demonstrates how they meet each other’s needs. A new friend might:

After they click, it’s time to bring in the obstacles. This is the tough part for the instant bond arc. Often, it’s easier to use the outside influence of an external arc to separate them.

If you have a big external plot, make sure both friends have a reason to be involved in what’s happening. However, you don’t need an external plot if their friendship isn’t perfect. Once the new friends get to know each other, they might discover that not everything about their new friend is sunshine and roses. This can lead to their first fight.

Since these friends only met recently, these obstacles may feel insurmountable. Assuming the friendship is over, they can spend a little time apart. That will teach them how much happier they are with their new friend around. That’s when they decide to do whatever it takes to overcome their obstacles and save the friendship.

If your arc is short, this step can happen after they encounter their first obstacle. For a longer, meatier friendship arc, let one or more obstacles escalate in intensity until they finally call it quits. Just don’t forget to keep showing why they’re good together.

Make the Friends Prove Themselves

Show both characters working together to overcome the obstacles they face. In doing so, they should prove how much their friendship means to them. That might mean:

In Zootopia, Officer Judy Hopps is desperate to solve a case before she gets fired. She needs the help of someone with street smarts, so she blackmails con artist Nick into assisting her. In solving the case together, they learn to empathize with each other’s struggles, and Nick starts helping Judy because he wants to.

The buddy cop arc is for characters who don’t want to be friends initially. They need a common interest that compels them to work together, but as long as you have that, this arc can work as the throughline.

Force the Characters Together

The tension in a buddy cop arc comes from the difficulty the characters have interacting. That means you need a reason they must interact instead of going their separate ways. While they might have clashed in the past, this should be the first time they’re forced to truly deal with each other.

For more ideas, see my list of ways to bring characters together.

Give Them Vast Differences

A great buddy cop arc features characters who are foils for one another. If one’s gloomy, the other’s chipper. If one’s a bookworm, the other sticks to video. If one’s afraid of standing out, the other wears a bright red parka. They don’t need to contrast in every conceivable way, but a few important points of contrast will make them a stronger pair.

Aside from colorful personality differences, they’ll need something that creates enough friction to make working together difficult. That might include:

Demonstrate Why They Should Be Friends

Despite your characters’ contentious differences, the audience should be rooting for them to bridge the gap. That means showing why they are better off as friends. If they are working on joint goals, simply working together more effectively can provide a reason they should get along. However, the friendship arc will be more meaningful if they get something long lasting and personal out of it.

Next, it’s time for the characters to start warming up to each other. If you are using an external arc to provide tension, you can do this without worrying if they’ll have enough problems to keep up the pace. In that case, a good rhythm is:

If the friendship arc is your throughline, you’ll need to create layers of problems for them to get through. That way, once they conquer one issue, they’ll move right onto the next. For example:

Make Them Choose to Stick Together

Since buddy cop characters are initially forced together, the final step is to free them to go their separate ways. At that point, the characters must take proactive steps to ensure they remain friends. Maybe a new roommate gets a job that enables them to rent their own place, then decides to rent an apartment in the building across the street. That way it’ll be easy for the new friends to continue making dinner together on weeknights.

3. The Falling Out Arc

In The Fox and the Hound, Tod and Copper live next door to each other and are great friends. But Copper is a hound puppy who is soon trained in hunting animals like foxes. When Copper’s fellow hunting dog gets hurt chasing Tod, Copper blames Tod for the accident. Bent on revenge, Copper and his master chase Tod into a nature reserve. However, when the two are attacked by a bear, Tod comes to Copper’s rescue. In turn, Copper stands in the line of fire to prevent his owner from shooting his friend.

Use the falling out arc for friends who go through a rough patch. For this one, it’s helpful to have outside circumstances that make their disagreements more contentious, keep them in proximity, and provide tension in the beginning of the story.

For your audience to root for these friends to repair their relationship, you need to build emotional investment in the friendship before the characters have their fight. That means opening with at least one scene where you hammer home why they’re great together. If you have external arcs to provide tension in your opening, consider waiting until the end of the first chapter to split them up.

Your audience needs to see for themselves why this friendship is irreplaceable. That way, when the friends are driven apart, they’ll each have a hole they can’t fill.

While your characters have a close and valuable friendship, they should also have a sore point between them. This sets the stage for their falling out and gives their friendship room to grow. You want them to be better off at the end of the story than when they started.

A wedge issue could include:

Once you have a wedge issue, create a situation that brings it to the forefront.

Once this happens, the friends should get in an argument and part on bad terms.

Next, make sure they have occasional opportunities to interact.

Their interactions should show they still care about each other on some level, even though their disagreement wins the day. For instance, one of them could warn the other to back off before they get hurt.

Give Them Learning Opportunities

Separately, each friend should learn to understand the other’s perspective, if not agree with it. Design some experiences for your characters that teach them these lessons.

Use these lessons to motivate them to renew their friendship.

Make Them Put Each Other First

The characters must both decide that the friendship is something they want to keep. Then they need to prove to each other how important their friendship is. Create a dramatic test for them to pass. That can include:

Once that’s done, the friends should make up with each other. They should also discuss their former wedge issue and finally put it to bed.

Regardless of the friendship arc you choose, end with a scene that shows all of their friendship potential has been realized. They could be seamlessly working together on a new project or just hanging out and having fun.

Comments on How to Write Three Types of Friendship Arcs