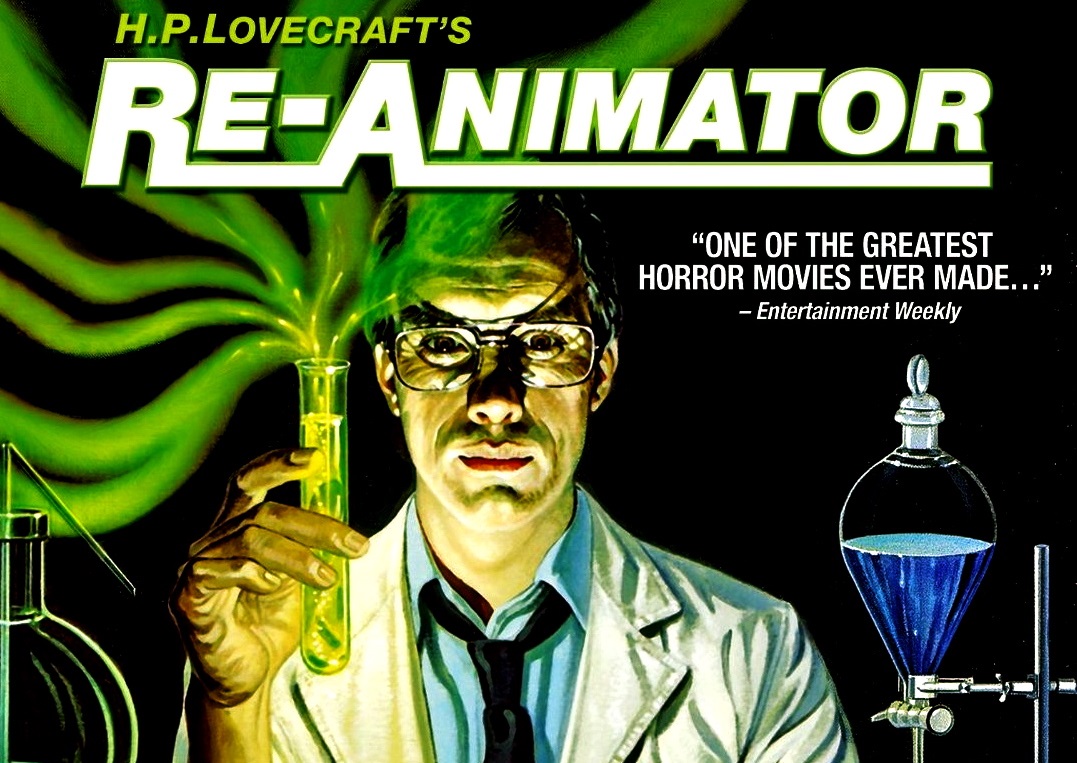 Re-Animator is one of the most famous movie adaptions of one of H.P. Lovecraft's stories.

Lovecraftian horror is a specific subgenre that blends noir and horror with a dash of cosmic terror and a sense of insignificance. H.P. Lovecraft did it first, but many authors and artists have continued his traditions with varied and horrific stories. The eldritch abominations of Lovecraft have specific traits and habits that will make your horror stand out. Follow these guidelines to create your mind-bending monstrosity.

All horror stories contain themes, but Lovecraftian tales focus specifically on these.

Existence is a mystery: Lovecraft hints at many abominations and unknown terrors that exist at the fringes of our perception and edges of reality. There’s always a mystery to unravel and tragedy to befall everyone. As the story progresses, the terror will deepen, but many questions should remain unanswered.

Reality is a cruel and strange place: Lovecraft’s stories are often fatalistic and macabre. Unimaginable denizens exist beyond rationality, and they are indifferent at best, cruel at worst. Fantastic locations unseen by most are hostile to human existence. The gods that exist are not benevolent towards mankind. Humanity’s curiosity leads us to peril, and sometimes we find the uncaring yet dangerous beings that exist above us.

Our lives mean nothing: The universe is an unkind and uncaring place. Humanity fancies itself a predator, but it’s really a minnow in a vast ocean filled with all manner of strange and vicious monsters. Our short lives are fragile and break easily, and our actions have minimal impact in a sea of chaos. Humanity does not win many victories, and we’re lucky to merely survive.

The creatures that exist in Lovecraft’s stories are unlike anything we’ve ever seen, so they should have powers beyond our understanding.

Scale: Compared to the Elder Gods, humanity is a fragile bug that barely avoids getting squashed. In Cthulhu Tales, there is a short story called Empire of Ants that illustrates this concept well. A British imperialist realizes the true scale and scope of reality and declares mankind to be “an empire of ants,” a phrase that fits well in Lovecraft’s mythos.

Madness: The denizens of Lovecraftian universes defy the rules we consider natural. Humans in these stories rarely cope well with this knowledge. Minds break down, and psyches never go unscarred. Narrators write accounts of their journey, and they almost always regret their decision to uncover the mystery. They often seek solace in chemical substances, oblivion, or both.

Corruption: Characters in these tales don’t come out unscathed. The monsters and mad science turn people into vile reflections of their former selves. Lovecraft often describes the physical toll and changes to people as they unravel the mysteries that confront them. Much of the time, the descent into madness brings about dark deeds. For example, in Lovecraft’s Herbert West-Reanimator, the mad scientist West takes his research down an increasingly dark and dangerous path.

The eldritch abominations in these tales don’t usually have direct weaknesses. However, the heroes can still overcome, or at least avoid, such threats.

Cultists: Physical confrontations with the eldritch creatures end badly; stabbing a Star Vampire with a stake would only end in disappointment and death. However, Lovecraftian monstrosities often work through human proxies. In order to maintain threat and tension, the cultists still need to be dangerous, but shooting a cultist is far more productive than shooting a shoggoth.

Sacrifice: Magic and rituals have great costs. In the Call of Cthulhu game system, this is illustrated by the cost to sanity. Both sides must pay these costs to get ahead. While the price to summon the Elder Gods may not stop the cultists, it can slow them down, giving the protagonists a chance to stall mankind’s doom yet again.

Indifference: The Elder Gods are enormously powerful. So why haven’t they squashed mankind like the bug it is? If you said because they don’t really care about us, you’ve got a large part of the answer. Some beings, like Cthulhu, are locked away, but others don’t really care about the fate of the world. When you’re the size of an ant, you won’t be noticed by a bull.

It’s important to maintain tension and threat in horror. Lovecraftian monstrosities build suspense with scale and their horrible otherness. Break either, and they’re no longer scary.

Lovecraft’s The Call of Cthulhu is considered the classic example of the genre. Mostly, it’s a great story – it has murderous cultists, madness, and easily the most notorious Elder God. Then all of that goes out the door when some sailor smacks him in the face with a yacht and he dies. I understand that writing a defeat for your immortal god is hard, but the story’s end breaks an important convention present in most of his other stories.

Michael Alan Nelson’s Fall of Cthulhu breaks the same conventions but in an even more obvious way. Towards the end, a character defeats Gnruk of Vol’Kunast – a skyscraper-sized flying monster with cannibalistic tendencies – by shooting it in the head. Suddenly, we’re in an action tale rather than a horror story. The moment is jarring and doesn’t fit with the rest of the work.

The Weeping Angels from Doctor Who are a strange and horrifying type of alien. In the episode Blink, the Weeping Angels are portrayed as strange, unknowable, and extremely powerful beings that prey on mankind. They have no motives beyond hunger, and they do not communicate. This changes drastically in The Time of Angels. Suddenly, they begin exhibiting the human emotion of cruelty, which makes them familiar and reduces their otherness. That episode and the follow-up play more like an action movie: Aliens as opposed to Alien. Action does not have a prominent place in Lovecraftian tales.

Lovecraftian horror is a well established genre, with many great examples coming from Lovecraft himself and authors he inspired.

Lovecraft’s From Beyond is a tale filled with mad science, horror, and madness. A scientist makes a machine that allows you to perceive the creatures and locations beyond our reality. The more he deals with the machine, the more the scientist become physically and mentally altered. The narrator manages to avoid doom with a bit of quick thinking by shooting the machine. However, victory comes at a price, and the narrator is plagued with maddening visions and the constant sense of being hunted.

Lovecraft allegedly disliked The Case of Charles Dexter Ward, but it’s one of my favorite stories of his. It’s filled with mystery and has a lot of cross-over with noir stories. Its horror is very subtle – a lot of details are never shown, and the dangers remain enigmatic yet threatening. The antagonists resort to a vile mix of necromancy and alchemy that leads to ruin, madness, and tragedy.

Besides the one moment where the cop destroys an eldritch monstrosity with a sidearm, Nelson’s Fall of Cthulhu is excellent. This solid representation of the genre has an especially strong portrayal of Lovecraft’s Dreamlands as a fantastical and terrifying place. It also provides a great sense of the scale between us and the terrifying Elder Gods; the line “I am not your nemesis, I am your conqueror.” gives you a good idea of where we fit into the food chain. The main villain, Nyarlathotep, is alien and terrifyingly powerful.

Lovecraftian tales are similar to many other horror stories, but their focus on alien creatures and madness sets them apart. This makes Lovecraft’s stories hostile and nihilistic. The more familiar existence is, the less terrifying it will be.

Delta Green Is a Step Forward for Horror Roleplaying

Lessons From the Vivid Writing of Lovecraft’s Dagon

Comments on How to Use Lovecraftian Horrors in Your Stories