Games of Thrones is dark; Disney’s Cinderella is not. Few would disagree, and many could choose confidently between them without knowing more. That’s why it’s practical to make recommendations based on how dark a story is. It’s easy to gauge, and many people have a strong preference.

But what we call dark isn’t one thing; it’s a group of aspects that are loosely related. What’s more, many people who feel strongly about one aspect could feel very differently about another. By using “dark” as though it’s a single characteristic, we are cheating stories of potential fans.

Luckily, all we have to do is examine what’s under the dark umbrella. Looking at the aspects separately allows us to identify what really matters, and to give more accurate recommendations.

The next time you are discussing a story with a friend, consider replacing “dark” with one of these:

Tragedy is the opposite of “happily ever after.” It’s not limited to the ending, although a bad ending would certainly be tragic. The key ingredient is audience distress over the events that occur. If an annoying side character kicks the bucket, that’s probably not tragic. But if the audience becomes really attached to a toothpick, and mourns it after it’s thrown away, that would be. Tragedy could be as bad as bawling your eyes out after a massacre, or minor as disappointment over love birds that didn’t get together.

Storytellers use tragedy to: 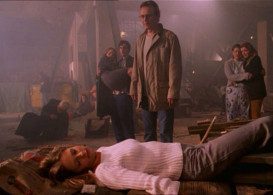 I don’t know if Joss Whedon really “hates happiness,” but he certainly doesn’t mind tragedy. In all of his works at least one beloved character dies, and central romances rarely end well. While it frustrates some members of his audience, most would agree his works are worth it. Happy or no, his endings are emotionally rich and impactful.

When to Recommend Tragic Stories

Before recommending a tragic story to a friend, find out if they always want a happy ending. If so, steer clear of tragedy at any stage of the work. On the other hand, if your friend wants a story that pulls on their heartstrings, or prefers a poetic ending to a happy one, tragedy may be a good fit.

Stories are gloomy, or depressing, when the hardships characters face drag on and on without an end in sight. The hero could be involved in a struggle that looks more hopeless with every effort she makes. Or she could be aimlessly wandering the woods instead of solving her problems. Regardless, the story won’t arrive anywhere good, anytime soon. Gloomy stories often involve large threats that make the actions of individuals seem insignificant. However, the problem could be smaller as long as the hero fails to solve it… repeatedly.

Storytellers use gloom to: The Farseer Trilogy is a fantasy series that is generally depressing throughout. The protagonist is an assassin who works for the crown, but he isn’t very good at it. The best he can do is escape from a crisis with his life, then face more difficult problems because of his failure.

When to Recommend Gloomy Stories

If your friend has a short attention span, or consumes stories for fun and entertainment, the last thing they’ll want is a drawn-out downer of a story. On the other hand, some audiences like to watch characters overcome, or at least endure, incredible odds. Or they may feel quick solutions are contrived and unrealistic. If they’ve read all the way through The Hobbit and The Lord of the Rings and loved them, gloom may add to their experience.

Violence. Drugs. Abuse. Prejudice. Gritty stories remind their audience of the thorny problems they face in real life. These problems could be tragically affecting an important character, or they could just be happening in the background, via backstories or minor roles. What matters is that it shapes the atmosphere of the story, creating an outlook that is murky and cynical rather than idealistic. In line with depicting problems that feel very real, gritty stories typically use gray morality and moral ambiguity. When’s the last time you faced a battle between absolute good and absolute evil at work?

Storytellers use grit to: 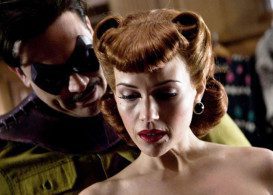 Watchmen revolutionized superhero stories by being incredibly gritty. Far from the glitz of many comic books, the heroes have to deal with failing relationships, public backlash, attempted rape, and past abuse. The writer, Alan Moore, filled the story with events that could be seen very differently by different people. The characters don’t agree on what’s right, and readers are left with a lot to think about.

When to Recommend Gritty Stories

First, ask your friend if there are any triggers they prefer to avoid. Because gritty stories depict real life problems, they are more likely to bring back bad memories. In addition, if your friend describes reading as an escapist activity, they are probably looking for a different type of story. However, if they like social commentary or realism, send grit their way.

Creepy elements aren’t always fantastical, but they are a far cry from day to day life. If the story takes place in a world where the dead doesn’t stay dead, or powerful necromancers steal people’s souls, the work will be creepy at some level. At its essence, creepiness is a potential threat shrouded in mystery. A non-magical pile of bones can’t hurt a hero directly, but it is creepy because it suggests there is a killer somewhere in the vicinity. Morbid, disturbing, and otherworldly themes are common in creepy stories.

Storytellers use creepiness to: 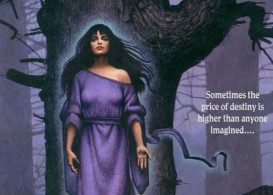 The Bone Doll’s Twin is a typical medieval fantasy story with a creepy twist. The guardians of the heroine keep her alive by sacrificing her twin brother as an infant. They create a doll made with his bones as the anchor for a spell that gives her his identity. She grows up with this bone doll and the ghosts of her brother and mother. They are tortured and angry, but it isn’t clear if they mean anyone harm.

When to Recommend Creepy Stories

Creepiness is often a matter of taste. Ask if your friend likes Tim Burton movies; that will get you off to a great start. If your friend likes stories that are mysterious, that’s another good sign. On the other hand, if they get nightmares from things that go bump in the night, it may not be a good fit.

Threat is the bread and butter of horror stories. It is best characterized by the moment in a horror movie when a character steps out into the dark to investigate a noise, and the audience inwardly screams, “Don’t go out there!” Threat is the feeling of immediate danger. It can be an anticipated threat such as that character wandering into the darkness, the ongoing threat of a scary chase scene, or the brief and intense moment when a monster jumps out from the shadows.

Storytellers use threat to: 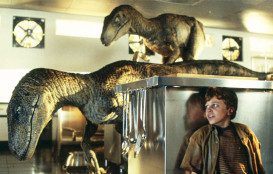 In Jurassic Park, velociraptors are depicted as incredibly fast, strong, and ruthless predators. The only defense humans have against them is to crouch on the other side of a wall. When the creatures get inside and start opening doors, that protection is taken away. The children are forced to go in circles around the kitchen cabinets, trying to keep out of sight as the velociraptors hunt them down.

When to Recommend Threatening Stories

If your friend covers their eyes and plugs their ears during intense scenes in suspenseful movies, threat may be an issue for them. But if they’re a roller coaster rider who loves a thrill, threat is probably what they’re looking for.

Whether it’s a gory death, revolting monster, or traumatizing attack, explicit stories use vivid storytelling that prevents the audience from thinking about unhappy events in abstract and remote ways. This can provide a payoff after a long, threatening buildup, or it can appear suddenly to shock the audience. Regardless, darkly explicit stories provide their audience with an unpleasant sensory experience.

Storytellers use explicitness to:

The Kushiel’s Legacy series is very explicit. Okay yes, there’s lots of explicit consensual sex, but that’s not what I’m taking about. In each of the first three books, the heroine is captured, raped and tortured, and it is described blow by blow.

When to Recommend Explicit Stories

If your friend is strongly affected by unpleasant moments, explicitness should be avoided. Check extra carefully for triggers your friend might want to avoid, because they will be more severe in an explicit story. On the other hand, if your friend likes intense stories, explicitness will add to their experience.

When Dark Is Really Dark 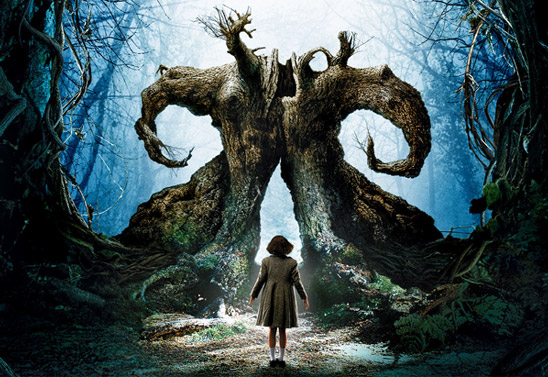 Pan’s Labyrinth is one of the darkest movies to come out in recent years. It takes place just after the Spanish Civil war, when violence is still ongoing. The main character is a girl named Ofelia. Her mother has just married a Captain in the military, and they have come to live with him where he is stationed. But he is a horrible person, and his assignment is to hunt down, torture, and kill rebels.

The story alternates between that gritty reality and the creepy world of the Labyrinth. A faun from the Labyrinth tells Ofelia that she is the lost princess of the underworld. Before she can return to her kingdom, she has to prove to the faun that her essence is intact. So she faces frightening and otherworldly monsters.

Pan’s Labyrinth is tragic, gritty, creepy, threatening and explicit. The only thing it’s missing is gloom, which it hardly needs. It’s a very powerful film.

When Dark Is Not Really Dark 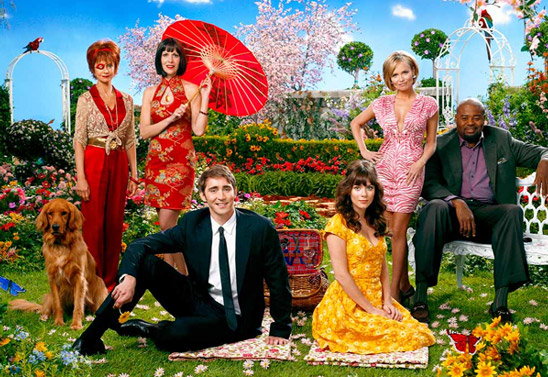 Ned, the main character of the show Pushing Daisies, has a gift: when he touches dead things, they come back to life. They don’t heal or repair themselves, they just become indefinitely animated in their current state. If he touches them again, they’ll die once more, for good. And he has to touch them again within a minute, otherwise something nearby of the same value will die instead.

He’s learned about his gift by experimenting and messing up. He’s killed several people by leaving the dead alive, and he can’t pet his dog or kiss his love on the lips, or they’ll die too.

It sounds like a very dark story, but it’s not. It is told in the lightest, most cheerful manner possible. There’s no gloom, no tragedy, and all the gritty elements are vague parts of the backstory. The threat never goes above average climatic tension, and Ned’s gift is portrayed in such a mundane manner that it isn’t really creepy. There is a little explicitness in the scenes where he wakes the dead to question them, but I think it’s there for humor rather than shock value. If you’re looking for a feel-good show, I highly recommend it.

Comments on How to Talk About Dark Stories