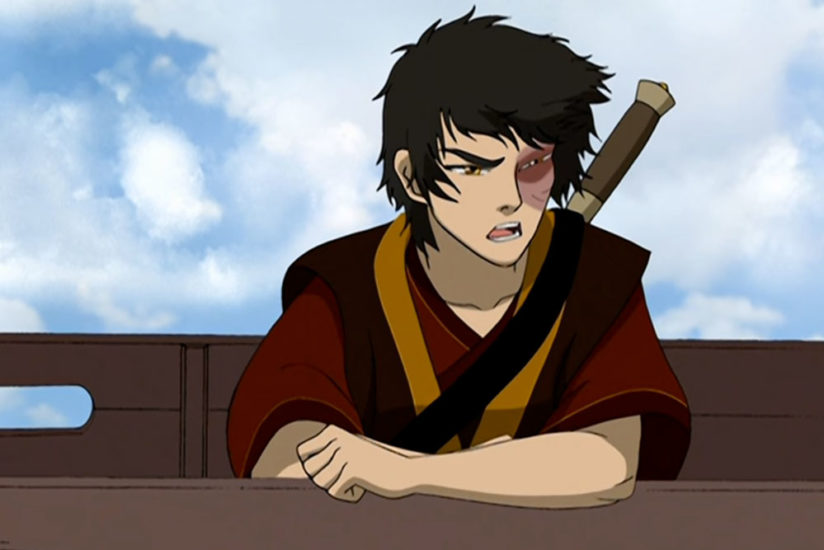 Zuko's tragic backstory, continual rejections, and ongoing struggles have made him the poster boy for sympathy and redemption.

This is part 1 in the series: Crafting a Likable Character

Sympathy is probably the easiest and most flexible way to get your audience more attached to a character. Even better, it can work not just for heroes, but for villains, too. But that doesn’t make it a shoe-in. Like any storytelling strategy, attempts at sympathy can come across as contrived or simply fail to land. Let’s look at what it takes to make your character stand out as sympathetic.

Sympathy is our way of trying to create fairness in a world that is inherently unfair. We want deserving people to do well. When they don’t, we feel for them. What’s more, we start rooting for them to make lemonade from the lemons they’ve been given. In storytelling terms, this means the character has good karma.

The goal of making a character sympathetic is for the audience to feel that sense of unfairness and become emotionally invested in the character’s welfare. To create that, you’ll first need to understand what situations qualify as unfair to most audiences.

Foremost, what causes the character’s hardship matters a great deal.

Beyond whether or not they make bad choices, a character must also be negatively impacted by their hardships. Characters that laugh punishments off and continue as before won’t be sympathetic. This means if you’re writing a spirited character, you may need to give them a more vulnerable side. A protagonist that doesn’t care about something gives the audience no reason to care about it either.

Last, if your character has a lot of unearned success, that will cancel out their hardships. You’ll have a tough time making a candied character sympathetic.

Creating Sympathy With a Premise

Story elements make a bigger impression when they have ongoing influence on the story instead of popping in to say hello once in a while. So, the most powerful way to create sympathy is to put your character in an unfair position that affects them for the entire story.

Keep in mind that any premise must be brought to life with the smaller storytelling choices you make. If you gloss over a character’s problems and focus on other things, you could lose the sympathy of the premise.

Shoring Up Sympathy Where You Can

If your story’s already been drafted or outlined, using a premise to add sympathy may not be feasible. Below are some methods for adding sympathy without large changes.

The best choice is something that’s easy and practical for you to work into your story. The more scenes in which it becomes relevant, the better. Since many sympathetic traits are problems, it’s also likely that adding sympathetic traits will create a character arc or perhaps a subplot. Ask yourself if you’re creating a new hook that will need a resolution of some kind.

Sometimes the main character needs to be a leader, simply because, in some situations, only leaders have enough agency to change the outcome of events. But leaders inherently have power, which makes sympathy tougher to create. And if you make the character struggle too much, they could come across as undeserving of their position and, therefore, mediocre.

However, it’s still possible to make your leader character sympathetic:

These tactics can often be adapted to work for other characters with power. This is why most chosen ones with special powers are unready and have an unenviable task ahead. It doesn’t ensure a character is sympathetic, but it certainly helps.

Some real-world sources of sympathy have to be handled with care and are best avoided if you lack familiarity.

Sloppy Use of Oppression

Oppression and marginalization are an abundant source of unfair problems for people in the real world, so it’s natural that storytellers want to use that in their stories. However, many of these depictions aren’t good. Storytellers without much experience with oppression often exaggerate it, and this denies marginalized audiences their fun escapism and makes them feel exploited.

This doesn’t mean we should never depict oppression in our stories, but, right now, we’re depicting oppression too much. So, if you want to use oppression for sympathy, here are my recommendations.

That said, there may be some real-world historical settings that require you to acknowledge past injustice. If you think you’re in that position and it’s not your own people who were hurt in that place and time, you’ll need a sensitivity consultant to help you.

Storytellers have often used various forms of disability or neurodivergence as a source of sympathy. This is not automatically bad. People with disabilities or neurodivergent traits are sometimes in sympathetic positions, particularly since they are subject to oppression just like other marginalized groups. A respectful and accurate depiction may generate some sympathy. For instance, Stiles from Teen Wolf canonically has ADHD, and viewers occasionally see him struggle to sleep or receive annoyed comments from his teachers.

However, if your goal is to generate sympathy rather than to represent people respectfully, your depiction will probably be harmful. Many stereotypes about disability involve negative exaggeration of what it’s like to be disabled. If you’re emphasizing hardships, you’ll fall right into those stereotypes.

For instance, the character Hester from Mortal Engines has a prior injury that, in the book, blinded her on one side. She also has a large scar, and part of her nose is gone. To create sympathy for her, people in the book constantly call her ugly and ruder terms. Hester even thinks she’s unworthy of love because of her appearance. While author Phillip Reeve no doubt meant this to be part of an uplifting message about the importance of personality over beauty, consider what it implies about all the real people who have facial marks or scars. Reeve is calling them ugly.

If your story features any character that mistreats someone under their power on an ongoing or intermittent basis, you are probably depicting abuse. For instance, in Harry Potter, both the Dursleys and Snape are abusive.

Abuse is a very serious real-world issue, but storytellers often treat it like the abuser is just being a little unkind. This completely distorts the depiction, excusing abuse and placing the burden of fixing injustice on survivors.

If you have one character mistreating another and you didn’t intend to depict a sensitive real-world issue, take it out or tone it way, way down. Use something else for sympathy.

Like any powerful storytelling tactic, it’s inevitable that storytellers will try to create sympathy in ways that feel forced or even laughably unrealistic. This might happen because the storyteller doesn’t actually want to give their character problems or weaknesses, because they don’t have a lot of time to spend on building sympathy or just because they’re struggling to fit all the various aspects of their story together smoothly.

Signs of contrived sympathy include:

The earlier you start thinking about sympathy, the less likely you’ll feel like you have to pull a rabbit out of your hat later. Then, just be genuine. Instead of inflating the tiny problems of your character’s normal life, do the revisions necessary to give them real problems.

Comments on How to Make Your Character Sympathetic