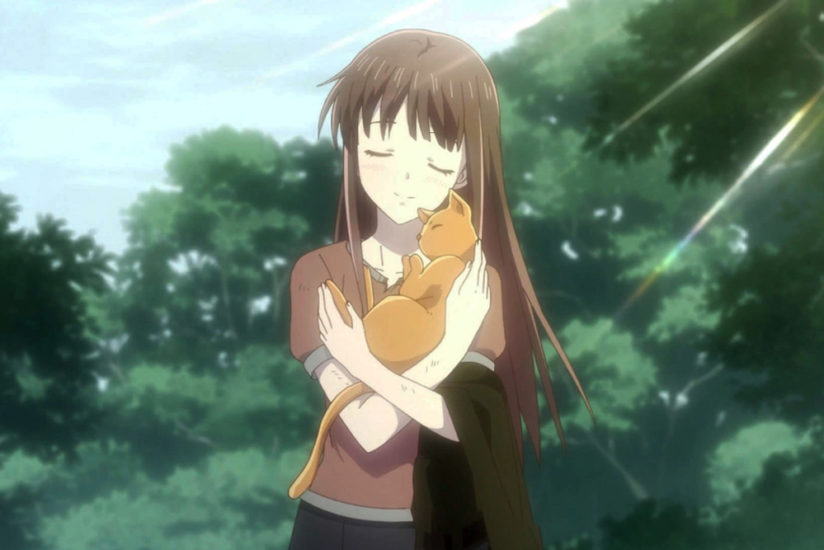 Tohru Honda from Fruits Basket helps the people around her by being supportive and nurturing.

This is part 2 in the series: Crafting a Likable Character

Selflessness is what most people think of when they imagine a likable character. After all, a character doesn’t feel like a classic hero unless they help others. But selflessness isn’t a match for every character we want audiences to love, and it’s trickier to pull off than it sounds. Let’s cover what it takes to make a character lovable with selflessness.

To make a real impression, you’re not looking for everyday, run-of-the-mill kindness. When a character helps someone but it’s no skin off their back, that’s not bad, but it may not increase their likability that much. This is why a superhero that rescues hapless civilians is admirable but not particularly special. After all, they’re often resistant to harm, which lowers their risk, and they’re probably getting lots of social admiration as a reward for their work.

Instead, you need to show how your character is exceptionally giving. You can do that in several ways.

For a character to feel selfless, the audience needs to understand how their actions reduce the harm to or hardship of another person or creature. If a character goes out of their way to help people who don’t need it, they may just come off as a pushover.

This also means that a character who adheres to moral principles is not the same as a selfless character. We usually admire characters that stick to their guns, but principles and honor codes are too abstract to tug at the heart. In a worst-case scenario, a principled character might feel frustratingly stubborn and impractical instead of moral. However, if the audience understands why adhering to a principle is necessary to save others, preferably specific people who’ve appeared in a scene, then a principled character will be interpreted as selfless.

Selflessness has a great deal of synergy with sympathy. A character that doesn’t have much to give and yet gives anyway is making a much bigger statement. Plus, characters that are in lower positions in society are more naturally humble or modest, which is also interpreted as a form of selflessness.

Creating a Premise for Selflessness

If you’re still in the early phases of creating your story, you can use a big-picture premise to work in a lot of selflessness for your main character. Using the criteria in the section above, I’ve created three example premises.

You might notice that none of these characters are living the high life. If a character has lots of power and luxury, it will be harder for them to make an impression. I have more on that below.

Shoring Up Selflessness Where You Can

If your story is already plotted out and you don’t have room for big changes, below are some ways you can increase a character’s selflessness.

Avoid throwing in a single selfless scene only to neglect selflessness thereafter. Selfless behavior needs to feel like it’s part of a character’s personality, not an anomaly. Look for ways selfless behaviors can be ongoing or become relevant to the plot later. If your character acts like an egotistical jerk sometimes, establish a pattern of behavior to show the audience when they act like a jerk and when they act selfless. That way it will look like different sides of their personality, rather than just inconsistency.

Making people with lots of wealth and power look selfless is a bit tricky, because hoarding wealth and power is not exactly selfless. However, whether you’re writing court intrigue or epic intergalactic battles, there are times when it’s simply easier to have a protagonist among the elite.

Even if your character is from a family that’s wealthy or powerful, you can still give them resource shortages. Lands, businesses, and other assets take lots of money to maintain, so if income falls, they could find themself on the verge of having to sell land and/or lay off workers. Once that happens, many people who depend on the elite family for their livelihood could end up working in dangerous conditions. This can give the protagonist more problems, make spending resources feel more costly, and provide a selfless reason for preserving their estate.

A selfless character with power over the lives of others should ultimately work toward giving more of that power to the people themselves. Most of us have had great fun reading or writing stories about long-lost heirs to the throne. However, in an era where democracy is threatened, a protagonist that simply accepts the power of a dictator doesn’t look so great anymore.

In our effort to make characters selfless, we can unintentionally fall into bad habits. Here’s what to watch out for.

An engaged audience cares about protagonists and the problems they face. That means they’re going to be thinking about those problems themselves and imagining possible solutions. When a protagonist ignores obvious solutions or puts themself through more pain than necessary, audiences get really frustrated.

For instance, in The Hunger Games, Katniss’s choice to volunteer for the deadly games is absolutely necessary to save her younger sister, who is conscripted for the games via a random lottery. Katniss doesn’t have the means to fight the authorities and save her sister another way.

In contrast, Bella from Twilight decides to give herself to a villainous vampire that Team Good is actually capable of defeating. The villain claims to have her mother, but Bella doesn’t even talk to anyone about rescuing her mother before making her choice. What’s more, she has no way of keeping the villain from killing her mother even if she gives herself up. And naturally, the villain doesn’t actually have her mother; it was a trick. While Bella’s actions might have endeared her to some readers, they only alienated others.

Part of being selfless is helping others who are in need. That does mean that privileged people are expected to show selflessness by helping those who are more marginalized. However, when we depict this in a story, we can twist it into doing the opposite: exploiting the experiences of marginalized people to embellish the fantasies of privileged people. The privileged heroes of these stories are often referred to as white saviors.

James Cameron’s Avatar and Chilling Adventures of Sabrina are both examples of white saviorism. In Avatar, Jake Sully joins a group of nature-loving aliens that are clearly stand-ins for Native Americans. He becomes their leader by mastering their practice of dragon taming beyond what any of them have done in generations, and then he leads a battle against their human invaders. In Chilling Adventures of Sabrina, Sabrina has a queer friend who is facing severe bullying. Sabrina uses her powers to protect her friend while her friend acts helpless.

However, if you avoid exploiting marginalized people or taking agency away from them, you can still show a privileged person assisting people who are in a more vulnerable position. In Kaiju Preservation Society, Jamie gets laid off and ends up delivering food during the pandemic, but they’re* still better off than their roommates. Jamie’s roommates have no income and are faced with the prospect of moving in with anti-queer parents who will misgender them. So Jamie tells them to stay, rent-free. The oppression the roommates face is only briefly alluded to, and Jamie doesn’t act out a glorified savior role in defeating that oppression. Since Jamie is down on their luck and wouldn’t be expected to support their roommates, doing so makes Jamie look quite selfless.

Selfless characters typically forgive villains who’ve done some pretty bad things. For the selfless character, that’s fine. It’s their choice to forgive and give the villain a second chance. However, storytellers who use this trope can sometimes forget that the villain still did terrible harm, and a protagonist’s choice to forgive them doesn’t make their misdeeds go away.

Despite what some people would have you believe, a selfless character doesn’t have to be stiff or boring. People of all stripes are capable of helping each other out, including people who are greatly flawed.

Jamie is pretty masculine and the audiobook is narrated by Wil Wheaton, but Jamie’s gender is not canonically specified.

Comments on How to Make Your Character Selfless